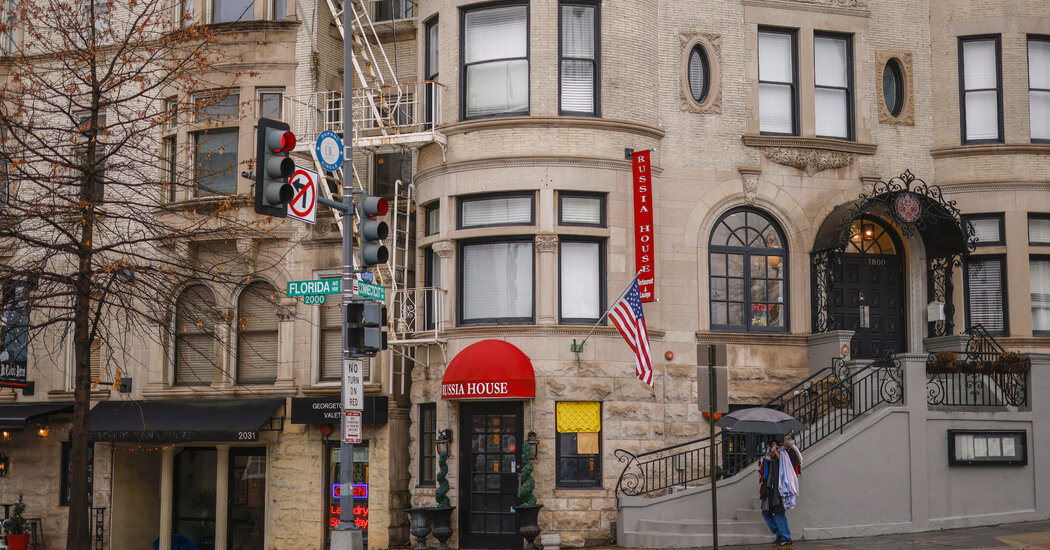 They poured the liquid out – blueberry-flavored, orange-flavored and the original, face-puckering unflavored version – tweeting #DumpRussianVodka and, at gay bars across the country, made do with Absolut and soda instead.

And now, as Russia’s aggression in Ukraine takes a horrific human toll, turning millions into refugees, the boycotts are back: American consumers channeling outrage into ditching products they assume are produced by Russians in Russia, with ties, somehow, to Mr. Putin.

This mistaken impression has led people to punish businesses that are really Russian in name only. Some states that recently placed a ban on Russian spirits discovered they were setting a policy that affected only two brands with a small footprint domestically – Russian Standard and Ustianochka. President Biden announced a ban on all Russian liquor imports on Friday. But less than 1 percent of the vodka consumed here comes from Russia, a beverage industry trade group has noted.

The vodka most commonly but incorrectly associated with Russia, Stolichnaya, has again borne the brunt of the online calls for a boycott. It has been produced in Latvia since 2002, and the headquarters of its parent company, the Stoli Group, are in Luxembourg. Last week, the company formally rebranded its signature spirit as just Stoli after bar owners from Vermont to Michigan to Iowa declared they would no longer serve it and shared video of themselves dumping bottles of it down the drain.

In New York, the famous red banquettes in the Russian Tea Room aren’t as full with patrons these days. But the restaurant’s Russian heritage is a bit of a sleight of hand. It was opened in 1927 by a Polish immigrant who called it the Albertina Rasch Russian Tea Room – after a ballet dancer who was Viennese, even though many at the time assumed she was Russian.

In Chicago, a Russian-style bath house called Red Square has reported getting strange phone calls from people trying to pin down whether it has taken a side in the war. But Red Square is co-owned by a man who was born in Ukraine and said he still has family in the country.

In Washington, the Russia House restaurant near Dupont Circle had its windows broken and a door smashed. Its co-owner told the local media that the business, which has been closed since the pandemic, has no connection with Russia. According to its website, which advertises caviar spreads as the kind of indulgence that many Americans associate with Russian decadence, one owner fought in the Gulf War and the other was born in Lithuania.

The misplaced anger of the backlash against Russia has been an instructive development for those who study consumer habits, highlighting the ways that boycotts are especially ineffective and often counterproductive as a tool of protest in the social media era. A staple of American political resistance since the Boston Tea Party, boycotts have played a vital role in shaping public opinion about demonstrations for social progress. The civil rights bus boycotts in the South and the grape boycotts in the 1960s and ’70s to protest conditions for agricultural workers helped spur meaningful change.

But that’s not as true today, despite the exponential growth in the number of boycotts aimed at large corporations. One study conducted by a pair of scholars, Maurice Schweitzer of the Wharton School at the University of Pennsylvania and Joseph Gaspar of Quinnipiac University, found that calls for boycotts against Fortune 500 companies had nearly tripled since 2010. The study, which has not yet been published, also found that the most common trigger was politics.

Calls to boycott can be effective by creating bad publicity that tarnishes, temporarily at least, a company’s brand image. Sometimes they spur companies to change, as a backlash against SeaWorld over its treatment of orcas did. The company announced in 2016 that it was ending its breeding program, meaning the generation of killer whales now at its theme parks will be the last.

But more often, consumer boycotts fail to have much of an impact on the targeted company’s bottom line because they are either too hard to stick to, as people discovered when they tried to shun BP gas after the Deepwater Horizon oil spill in 2010, or because they inspire a spirited response from consumers who want to support a company precisely because it’s under attack.

After the chief executive of Chick-fil-A professed his opposition to same-sex marriage in 2012, mayors in liberal cities like San Francisco and Boston said the Southern fried chicken eatery should look elsewhere to open new restaurants. Conservatives like Mike Huckabee, the former Baptist preacher and two-time presidential candidate, rallied their followers to support the chain. Its nationwide expansion continued at a fast pace, and there are now Chick-fil-A restaurants from Brooklyn to Seattle.

“It either turns out to be too delicious or too convenient,” Mr. Schweitzer of the Wharton School said of shunning certain products. Another factor, he added, is the sheer volume of news that people find politically motivating. “There’s something to be outraged about on a weekly or monthly basis,” he said. “And at the moment the emotion feels raw and powerful, but we fail to appreciate how fleeting that is.”

One reason calls for boycotts keep growing despite their ineffectiveness is that many people appear to believe they are sticking to their guns when they aren’t.

A draft of a new study by scholars from Northwestern University, the University of Toronto and Harvard Business School examined the impact of several recent politically motivated calls for action, including the campaign to boycott or, conversely, “buycott” Starbucks after its announcement in 2017 that it would hire 10,000 refugees. The move came in response to former President Donald J. Trump’s order halting migration from seven mostly Muslim countries.

Researchers surveyed more than 1,000 consumers, obtained their actual spending at Starbucks over several months and asked whether they had changed their buying behavior because of the refugee announcement. They found that those who reported they had changed their habits – either in support of Starbucks by buying more or against it by boycotting – did not actually do anything differently.

Katy DeCelles, a professor of organizational behavior at the University of Toronto Rotman School of Management and one of the authors of the study, said the results showed that people of all political persuasions believed what they wanted to be true about their own behavior.

Finding that there was no measurable impact on spending with such an emotionally charged and highly publicized issue surprised the researchers.

“We thought if we were going to find an effect on people’s behavior it would be now,” Ms. DeCelles added.

As that research – and the current anti-Stoli sentiment – shows, the anger channeled into consumer boycotts often lacks consistent logic. Though some states like Pennsylvania and Oregon have not included Stoli in their Russian spirits ban, New Hampshire has. A spokesman for the state’s liquor commission confirmed that because Gov. Chris Sununu’s order applies to not only Russian-made products but also ones that are “Russian-branded,” Stoli would remain off the shelves at state-operated stores.

Damian McKinney, chief executive of the Stoli Group, said in an interview that mistaken impressions about the brand have nearly led to major losses of business. He recalled a recent conversation with the head of one major retailer in Britain, who had informed him that Stoli was about to be pulled from its shelves.

“I said, ‘Do you know we’re Latvian?’ And there was a pause, ”Mr. McKinney said, declining to name the retailer. As he spoke, the background for his Zoom screen was framed in the blue and yellow colors of the Ukrainian flag alongside the hashtag #StandWithUkraine. “I needed people to understand we’re on the good guys’ side. And this is about an evil man and a regime, not the Russian people, ”he added, noting that Stoli employs Russians as well as Ukrainians.

Like many businesses, Stoli has no singular identity that is simple to delineate. Its recipe is Russian, as is its name. “Stolichnaya” roughly translates to “metropolitan.” The company founder, Yuri Shefler, fled Russia after a dispute with the government over control of the Stoli trademark. He lives in Switzerland today. For years, Russia has fought Stoli in court over the rights to claim ownership of the name. The company makes its bottle caps and some of its bottles in Ukraine and recently evacuated five Ukrainian employees from the country to Cyprus and Luxembourg, Mr. McKinney said.

The Russian Tea Room, where during the pre-theater rush Friday only a handful of tables were occupied, has a similarly complicated lineage, despite the name. Its current owner is a New York real estate developer. But it started in 1927 as a popular hangout among Russians who emigrated to America and became citizens. A New York Times story from 1977 about the restaurant’s 50th anniversary noted that the restaurant was patronized early on by exiles who called themselves “White Russians,” to distinguish themselves from Lenin’s “red” Bolsheviks.

And nearly a century later, drawing those distinctions with the Moscow regime are as important as ever. On the restaurant’s website, a pop-up banner statement on the war in Ukraine greets visitors, noting its history as an institution “deeply rooted in speaking against communist dictatorship.” It adds, “We stand against Putin and with the people of Ukraine.” 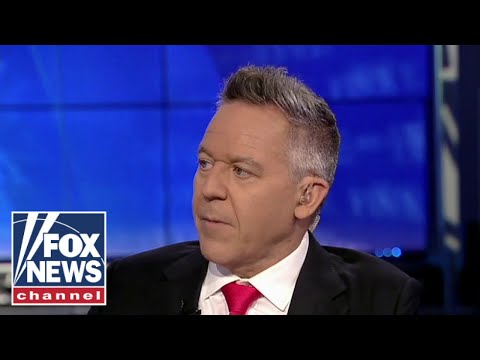