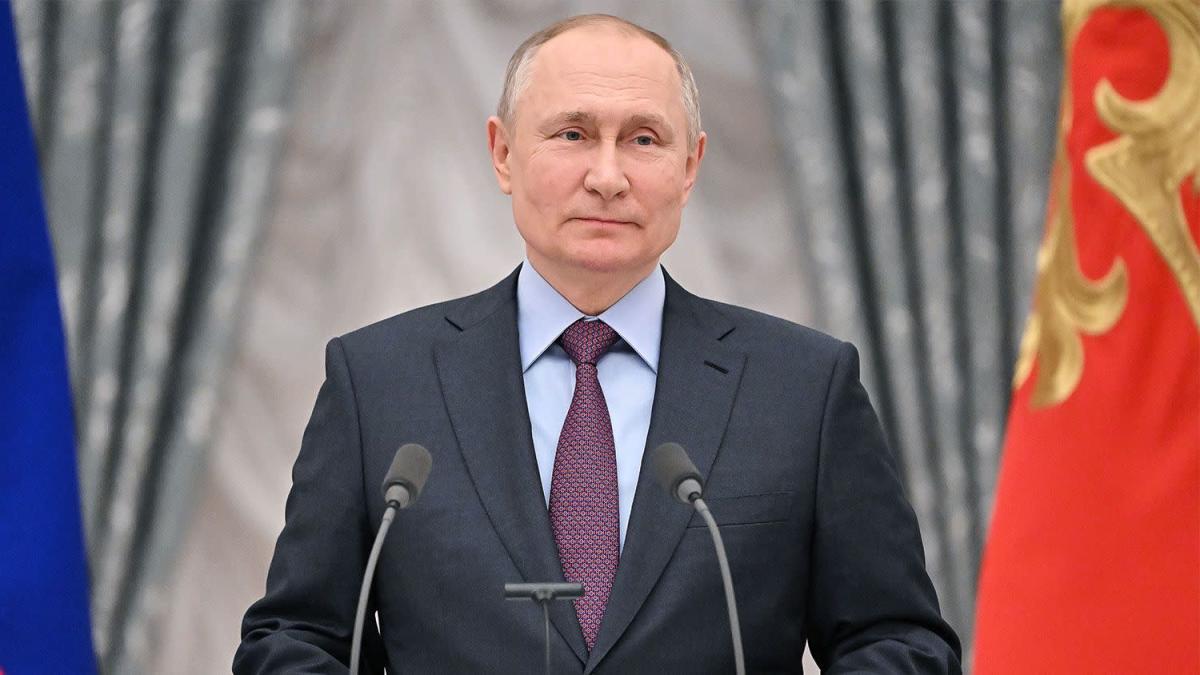 Russian President Vladimir Putin says his forces are bringing in fighters from the Middle East to join the widely denounced invasion of Ukraine.

“If you see that there are these people who want of their own accord, not for money, to come to help the people living in Donbas [a separatist region in Eastern Ukraine]”Then we need to give them what they want and help them get to the conflict zone,” Putin said on Friday, according to Reuters.

The move not only allows the country to expand its manpower in what is shifting into a grinding battle for control of Ukrainian territory, it gives Russian officials evidence of a counter-narrative to those non-Ukrainians that are flocking to fight against them.

Russian officials say the additional fighters are willing volunteers, persuaded by their argument for the invasion.

Kremlin spokesman Dmitry Peskov also said that the fighters include people from Syrian, per the Associated Press.

RELATED: Why US Vets Want to Fight for Ukraine Against Russia: ‘It’s the Kids, Man. I Just Can’t Stand By ‘

At the same time, roughly 20,000 foreigners, who are issued weapons upon arrival, have joined the international Legion for the Territorial Defense of Ukraine, its government said, according to the AP. Americans account for roughly 100 of the foreign fighters for Ukraine.

On Monday, the Pentagon said they believed Russia wanted to recruit fighters from Syria as the country had already deployed “nearly 100 percent” of what it had massed at the Ukraine border, NPR reports.

“The accounts of the Russians seeking Syrian fighters, to augment their forces in Ukraine, we do believe there’s truth to that,” Pentagon spokesman John Kirby said. “It’s interesting that Putin would have to rely on foreign fighters.”

Russia’s history with Syria includes a 2015 interference in the civil war there that helped tip the balance of power to autocratic President Bashar Assad, according to the AP.

The Wagner Group, a private Russian-based contractor, has attempted to recruit fighters near Iraq’s border, allegedly offering up to $ 300 to those who would work as security guards in Ukraine for six months, European activist Omar Abu Layla claimed, according to the AP .

An advertisement for a “combat role” in Ukraine was also purportedly shared on a private Facebook group for soldiers in the Syrian army, offering $ 3,000 based on experience.

RELATED VIDEO: As Russia’s Invasion of Ukraine Continues, Citizens Around the World Still Manage to Uplift Each Other

Russia’s attack on Ukraine continues after their forces launched a large-scale invasion on Feb. 24 – the first major land conflict in Europe in decades.

Details of the fighting change by the day, but hundreds of civilians have already been reported dead or wounded, including children. More than a million Ukrainians have also fled, the United Nations says.

The invasion, ordered by Russian President Vladimir Putin, has drawn condemnation around the world and increasingly severe economic sanctions against Russia.

With NATO forces massing in the region around Ukraine, various countries have also pledged aid or military support to the resistance. Ukrainian President Volodymyr Zelenskyy called for peace talks – so far unsuccessful – while urging his country to fight back.

Putin insists Ukraine has historic ties to Russia and he is acting in the best security interests of his country. Zelenskyy vowed not to bend.

“Nobody is going to break us, we’re strong, we’re Ukrainians,” he told the European Union in a speech in the early days of the fighting, adding, “Life will win over death. And light will win over darkness . “

The Russian attack on Ukraine is an evolving story, with information changing quickly. Follow PEOPLE’s complete coverage of the war hereincluding stories from citizens on the ground and ways to help.