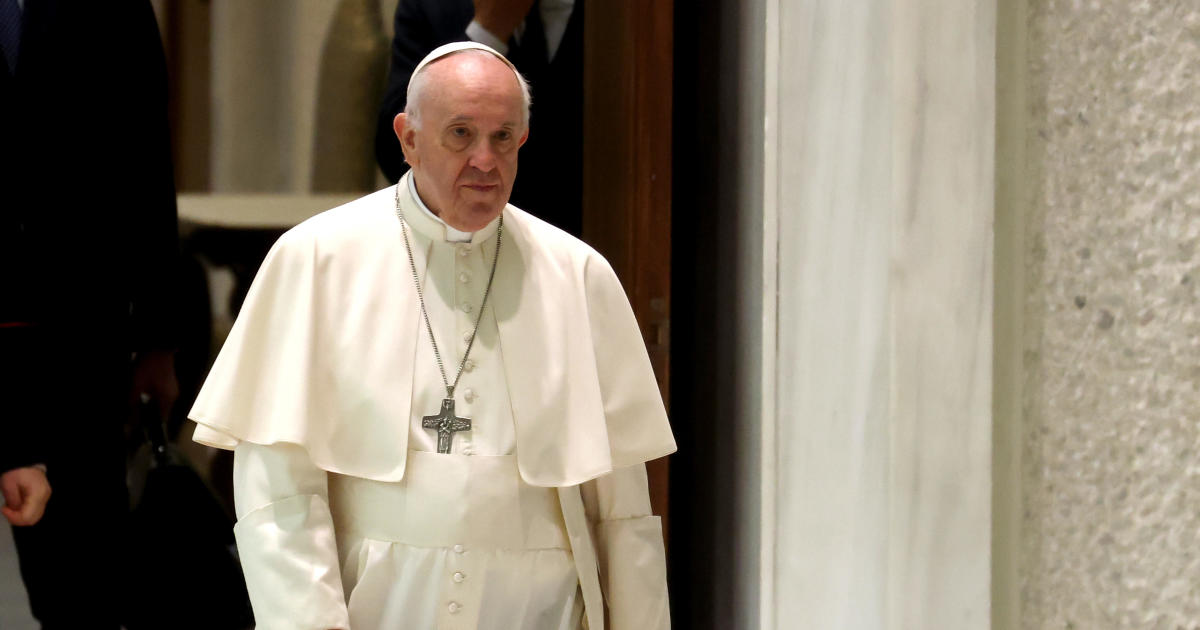 Pope Francis is renewing calls for an end to the was in Ukraineemphasizing the impact on children.

In a tweet on Saturday he wrote: “Never war! Think first about the children, about those who are deprived of the hope for a dignified life: dead or wounded children, orphans, children who play with the remnants of war.”

Francis added: “In the name of God, stop!”

Ukrainian officials and the UN human rights office say dozens of children have been killed since the start of the war. One of them was killed in a Russian attack this week on a maternity hospital.

On Saturday, the situation in Ukraine was rapidly deteriorating. Russian forces were closing in on the capital Kyiv and bombing and surrounding the strategically important port city of Mariupol.

The US is deploying additional troops to Eastern Europe to support NATO forces. It’s also sending more weapons and billions of dollars in aid to Ukraine.

President Biden reiterated his position on Friday that no American soldiers will go into battle.

Amid the developments, the civilian death toll is surging in the third week of the offensive.