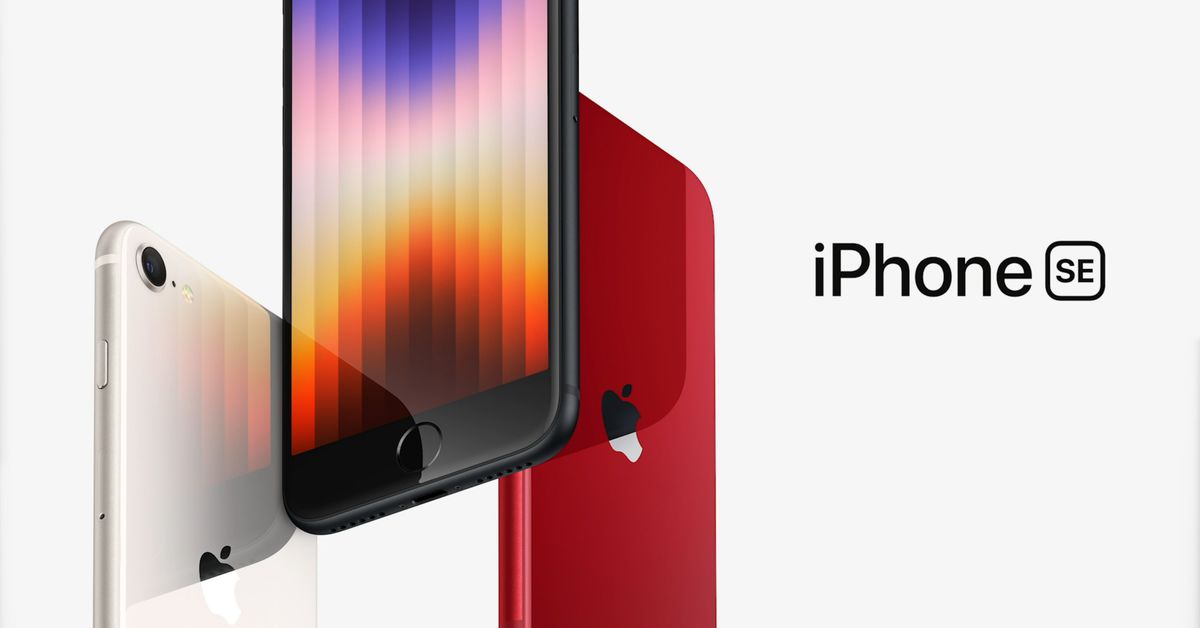 At its “Peek Performance” hardware event, Apple announced the third-generation iPhone SE. It’s similar in many ways to the 2020 version, with a 4.7-inch screen that’s surrounded on top and bottom by thick bezels. Notably, it’s still the only iPhone that Apple sells with Touch ID biometrics. But it has received three big enhancements since the last-gen phone, and you can probably guess one of them from the name: 5G, claims of better battery life than the previous SE, and Apple’s modern A15 Bionic processor that’s in the iPhone 13.

We’ll have a full review of the phone on the site soon. But if you’ve arrived at this page, it’s because you want to know how much the iPhone SE with 5G is going to cost, when you can get it, and whether carriers are offering sweet promotions. So, that’s exactly what I’m going to do next.

You’ll be able to preorder the new iPhone SE from Friday, March 11th, and it will release on March 18th. It starts at $ 429 for the 64GB version, and the price goes up from there if you want more storage.

While most Android phones offer some great preorder perks that we recommend taking advantage of, it’s quiet out there in terms of promos for this phone. But hey, the biggest preorder perk of all is getting your new phone on launch day.

If you’re buying directly through Apple, trading in your iPhone 8 or newer can net you between $ 100 and $ 650 in credit.

Where to buy the iPhone SE with 5G