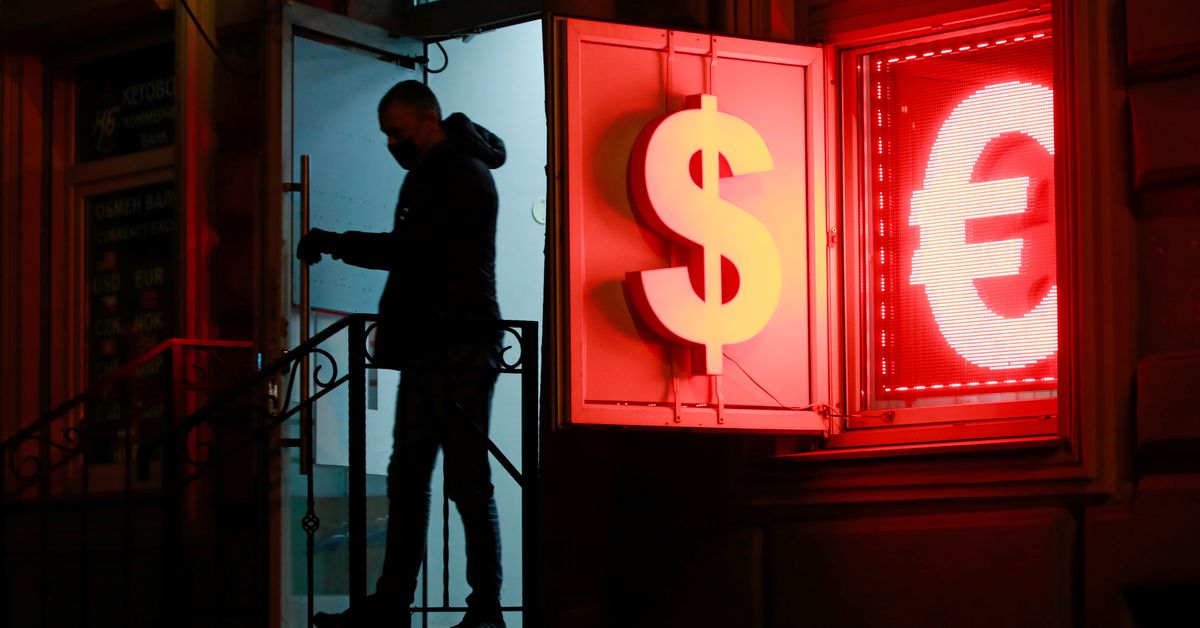 LONDON, March 11 (Reuters) – The cost of Russia’s invasion of Ukraine will become a lot clearer next week, with a previously unthinkable sovereign default looming, more emergency central bank measures likely and a stock market crash guaranteed if it reopens.

Moscow’s “special operation” in its former Soviet neighbor has cut Russia off from key parts of the global financial markets by the West, triggering its worst economic crisis since the 1991 fall of the Soviet Union.

Wednesday could mark another low. The government is due to pay $ 117 million on two of its dollar-denominated bonds. But it has been signaling it will not, or if it does it will be in rubles, tantamount to a default. read more

Technically it has a 30-day grace period, but that is a minor point. If it happens it would represent its first international default since the Bolshevik revolution over a century ago.

“Default is quite imminent,” said Roberto Sifon a top analyst at S&P Global which has just hit Russia with the world’s biggest ever sovereign credit rating downgrade. read more

That state-run energy giants Gazprom and Rosneft have made international bond payments in recent days and around $ 200 billion of still-unsanctioned government reserves does leave a sliver of hope that might not happen, though those odds look grim.

Wednesday could be busy for other reasons as well.

Russia’s Vedomosti financial newspaper reported central bank and Moscow Exchange sources as saying this week that suspended local equity and bond trading could resume by then.

It would be chaotic at least in the short-term. Russia’s big firms which also listed on the London and New York markets, have saw those international shares slump virtually to zero when the crisis broke out and have now been stopped. read more

“There are many financial institutions that are sitting on Russian assets that they want to get rid of but they can not,” said Rabobank currency strategist Jane Foley.

“They have no real option but to sit on them. But that means that when they are allowed to trade, the selling could be quite persistent.”

It will not finish there. Russia’s central bank is scheduled to meet on Friday having already more than doubled interest rates to 20% and brought in widespread capital controls to try and prevent a full-blown financial crisis. read more

Western investment banks like JPMorgan now expect the economy to plunge 7% this year due to the combination of bank run worries, sanctions damage and the instant inflation surge caused by a 40% slump in the ruble.

That compares to predictions of 3% growth at the beginning of the year. It also means a peak-to-trough dive of around 12%, which would be larger than the 10% tumble in the 1998 rubble crisis, the 11% lost during the global financial meltdown and the 9% slump of the COVID-19 pandemic .

The more crucial moves as this stage however could be further capital control measures to try and keep the financial system cocooned.

“Ensuring the banks can function, can still process payments and keep credit flowing to the economy so it can at least function in some capacity is much more important,” Budaghyan said.