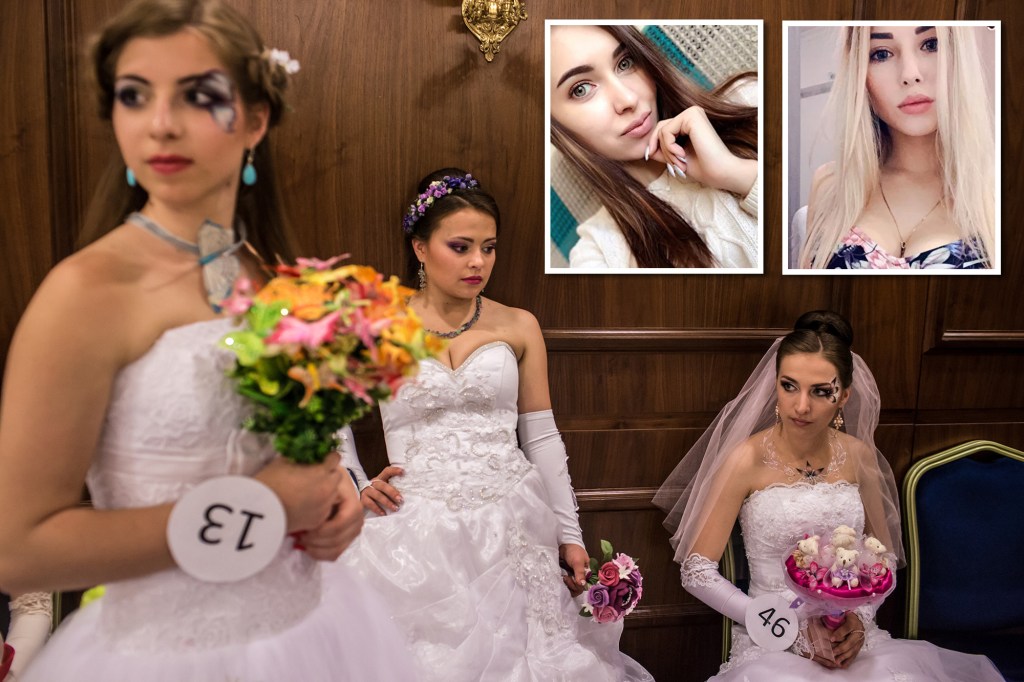 As people around the world are flooding Ukrainian restaurants and booking Airbnb’s to support Ukraine amid the Russian attacks, Chinese men are searching for Ukrainian brides.

An online dating site that matches Chinese men with Eastern European women has seen a spike in interest in Ukrainian brides since the war began last month.

Match-making service Meilishka reported that interest in Ukrainian women jumped from five to nearly 10 inquiries every day, according to Vice.

“Now, there are many clients asking for Ukrainian girls,” Pavel Stepanets, the Russian owner of the dating service, told Vice.

“These clients know that these Ukrainian girls are sad and would think of China as a safe place. So the Chinese men think that these girls will consider looking for a Chinese husband, ”he said.

According to their site, Meilishka currently has 748 Ukrainian women looking for Chinese husbands and advertises itself as the cheapest, largest and “most flexible” site in the business.

Stepanets claims Meilishka has 70 Chinese men actively searching for a bride and has successfully matched eight to nine couples who have gotten married.

The “mail-order bride” business has become increasingly popular in China in recent years as men’s struggle to find a native match has been exacerbated by the country’s skewed gender ratio caused by the one-child policy.

Nearly 35 years of the controversial population control policy has left the country with an overwhelming male-to-female ratio as families chose to terminate or give away female children in an effort to have sons, who they believe have a better chance of supporting the family .

Meanwhile, Ukraine has the opposite issue with an uneven gender ratio with more women than men in the country.

Stepanets claimed that Chinese men prefer Eastern European women because “they are not as demanding about wealth,” as Chinese women are “some of the most beautiful in the world.”

Online sites such as MailOrderBrideAdvisor.com give sexist and racist descriptions of Ukrainian women as “feminine, tender and attentive.”

The fetishization of Ukrainian women has been a disturbing phenomenon for years but has drastically increased since Putin led Russia to invade Ukraine, with Chinese men making jokes and memes offering to house young female “Ukrainian beauties.”

“Sheltering homeless Ukrainian girls,” a Weibo user named Niruomeixiongjiubiexiong said before being kicked off the site.

“Priority will be given to those who are young, beautiful, unmarried, and fit. The war is cruel, but people are full of love, ”another user wrote online.

“I am withdrawing myself from participating in the discussion about Russia’s attacks on Ukraine. But due to my humanitarian beliefs, I am open to taking in Ukrainian teenage girls who become homeless because of the war, ”one post read.

“I only care about whether pretty women from Ukraine can be safely imported into China,” another user read.

Social media sites including Sina Weibo, the Chinese version of Twitter; Douyin, a short-video platform similar to TikTok; and the WeChat social media app have all started cracking down by banning or suspending users who make inappropriate mentions of the war, but the disturbing sentiment behind the messages persist.

The increased fetishization of Ukrainian women has been another bleak moment of the horrifying war that has broken out and devastated the country.