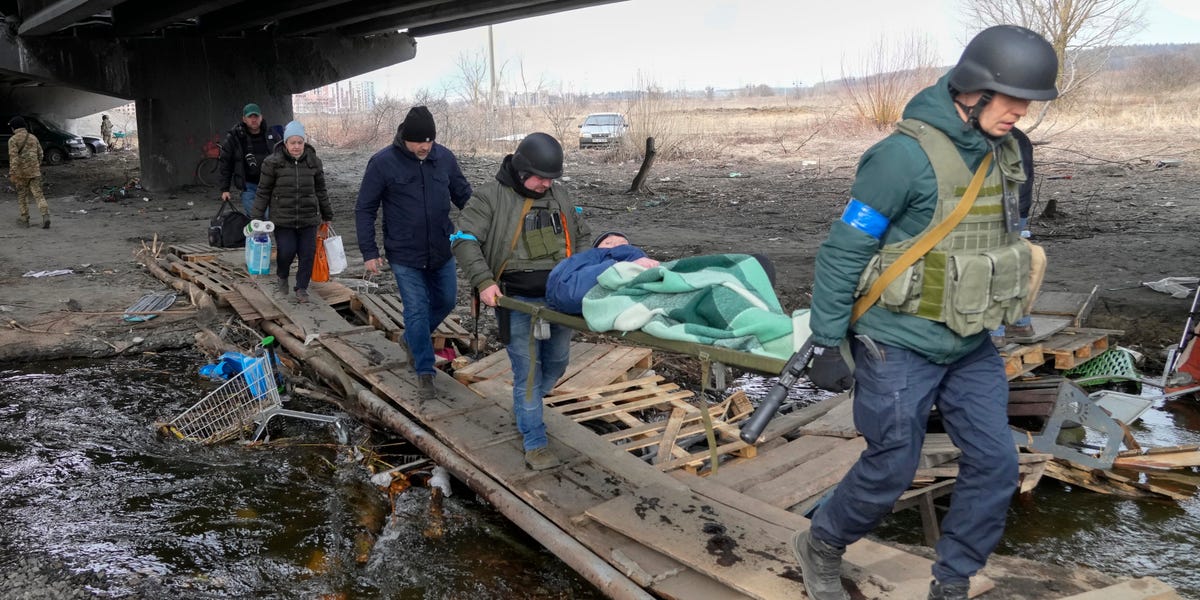 A captured Russian pilot admitted to targeting Ukrainian civilians and urged Russia to call off the assault on Ukraine.

Lieutenant Colonel Krishtop Maxim Sergeevich was shot down on March 6 and taken into custody by Ukrainian forces, Interfax Ukraine reported. At a press conference on Friday, Krishtop said he carried out three bombing missions, Newsweek reported.

“In the process of completing the task, I realized that the target was not enemy military facilities, but residential buildings, peaceful people,” Krishtop said, per Newsweek. “But I carried out the criminal order.”

Putin initially said that his invasion of Ukraine would not target any civilians, but the offensive has since bombed multiple towns and cities, resulting in a massive refugee crisis and over 1,546 confirmed Ukrainian casualties.

Krishtop, who served as Russia’s Deputy Commander of the 47th Aviation Regiment, said he deployed FAB-500 bombs, which are 500 kg – or 1,100 lb – explosives frequently used by the Russian military. A recent video shows two Ukrainians carefully defusing a similar bomb in Chernihiv, a city in northern Ukraine.

“I recognize the enormity of the crimes committed by me,” Krishtop said, per Newsweek. “I want to ask forgiveness from the entire Ukrainian people for the misfortune that we brought them. I will do everything in my power to end this war as quickly as possible, and bring those responsible for this genocide of Ukrainians to justice.”

Krishtop made the comments at a press conference alongside other Russian pilots held as prisoners of war, according to Interfax. Ukraine has conducted several similar news conferences with prisoners of war in an attempt to counter Russian propaganda about the war, The Washington Post reported.

The Kremlin has banned referring to the conflict as a “war” or “invasion,” instead of insisting that it be referred to as a “special military operation.” Russian President Vladimir Putin has criminalized sharing information about the war domestically, threatening dissenters with arrest and prison time.

“I also urge all military personnel of the Russian Federation to stop carrying out military crimes against the peaceful people of Ukraine,” Krishtop said. “I think we have already lost this war.”