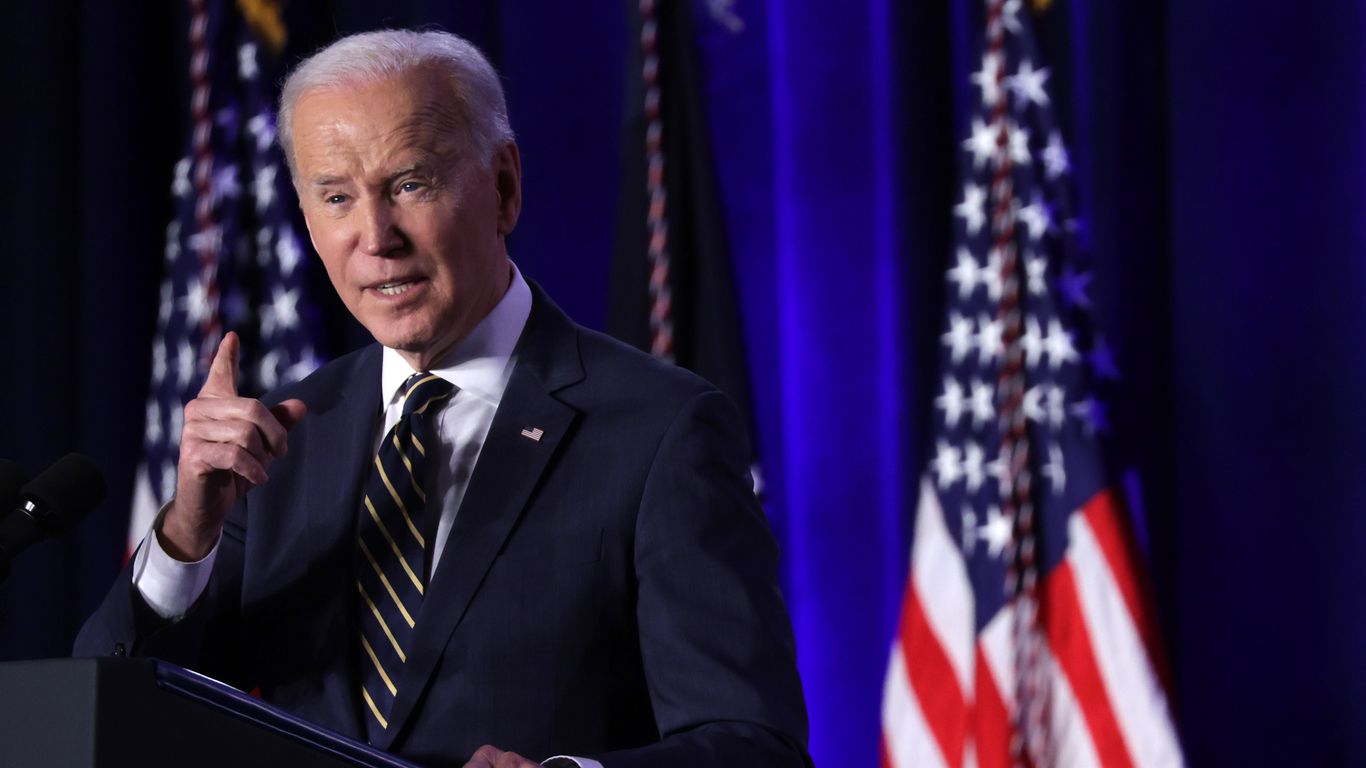 President Biden has a message for members of Congress: the US response to Russia’s invasion of Ukraine will be in coordination with US allies.

Why it matters: Biden used the first part of his appearance before House Democrats on the last day of their retreat in Philadelphia Friday to defend his decisions on Russia – and the timing and scope of his actions.

The big picture: Over the past three weeks, Congress has largely been a step ahead of the Biden administration in terms of calling for punitive actions against Russia.

The bottom line: “I want to be clear though, we’re going to defend every inch of NATO territory,” Biden said leaning into the podium. “But we will not fight a Third World War.”