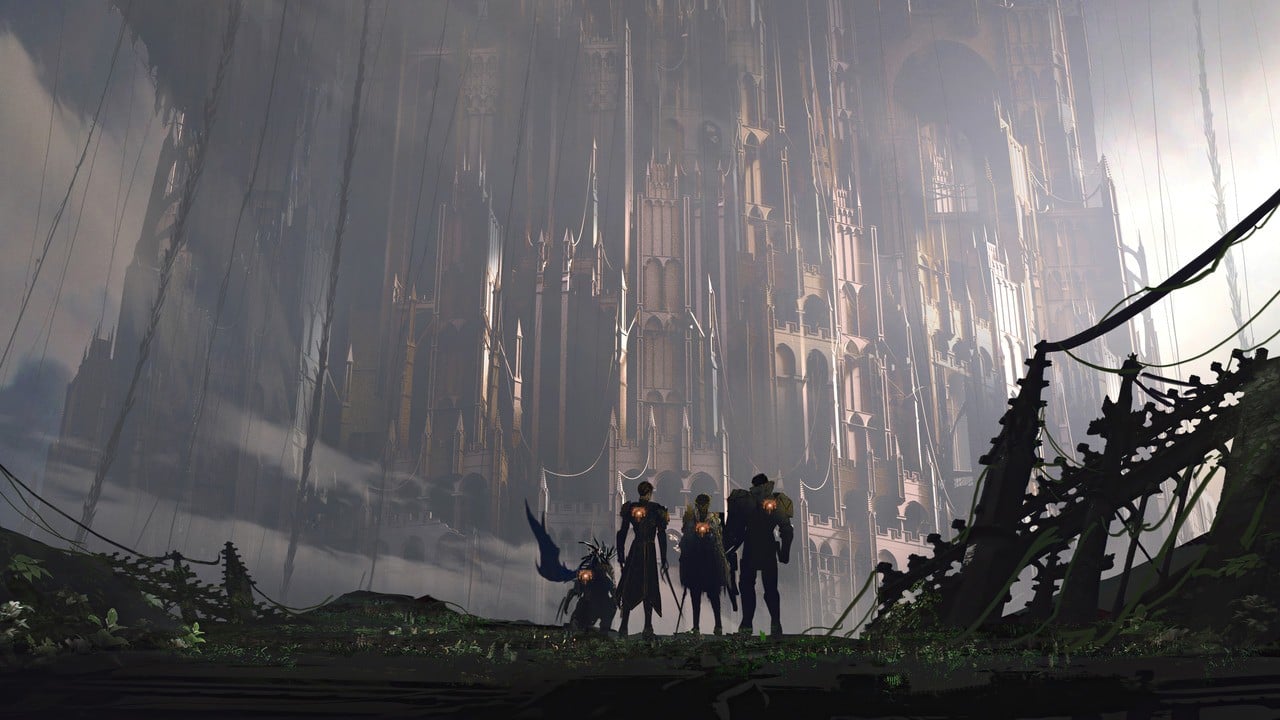 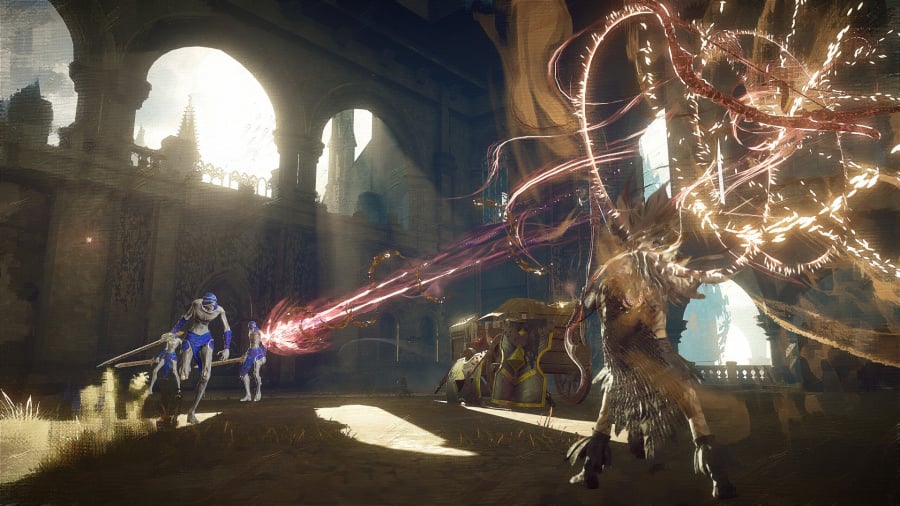 Let’s start the review with a strong personal story. We promise this is 100 per cent true: we fell asleep playing Babylon’s Fall. Multiple times. Sat there in an office chair, DualSense in hand, fast asleep. That could almost be the end of the review, surely? A new game from Platinum of all people, patron saints of hardcore gaming – some of the fastest-paced and most demanding combat in the medium. Responsible for Vanquish and Bayonetta for goodness’ sake! And now it’s put out a game that we’d market to insomniacs. And we do not mean the Marvel’s Spider-Man spirit Ratchet & Clank cheek.

Platinum and Square Enix have stumbled into the “games as a service” arena here, the soulless Milton Keynes of gaming already overflowing with titles rivalling for an audience. This, oddly, includes Square Enix and People Can Fly’s very own Outriders, which operates in a similar space (despite having rather different gameplay). So what’s the story with Babylon’s Fall? We’ll try and piece it together. We’re still not totally sure what we played and what we simply dreamed, as the sheer dullness of the experience ushered in the sandman to grace our eyelids with his sleepy quarry. 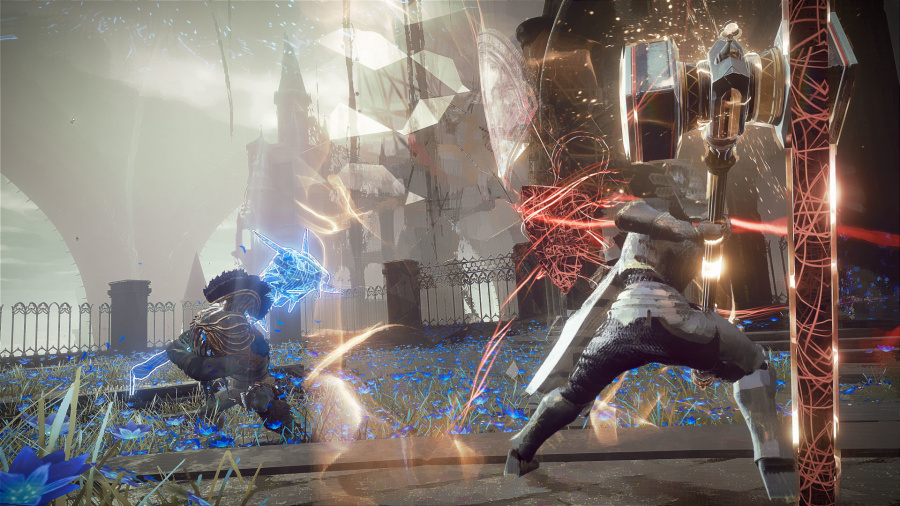 The first thing that struck us about Babylon’s Fall is its atrocious visuals. Now, we’re well aware that graphics aren’t everything and that the oft-used and frequently disingenuous exclamation of “it looks like a PS3 game” is wielded rather carelessly, but – in places – Babylon’s Fall really does look like a PS3 title, especially in the quality of its character models, which we found muddy, poorly-defined, and shockingly ugly.

In a game that’s about 90 percent combat by volume, you need visual clarity – and that’s simply not present here. In fact, the presentation is rather lacking in general, with generic and confusing menus, and a hub world filled to the brim with distracting icons – yet none of them are actually helpful. We received a notice in said hub that told us we had new items in our “Inbox”, written in the same green text as a nearby prompt asking us to press “up” on the d-pad to “claim items”. So we dutifully hit “up” and, no, that brought us to the game’s Battle Pass. Accessing the inbox required us to climb a flight of stairs and open a treasure chest. A chest is not an inbox, Platinum. It’s just a regular box. 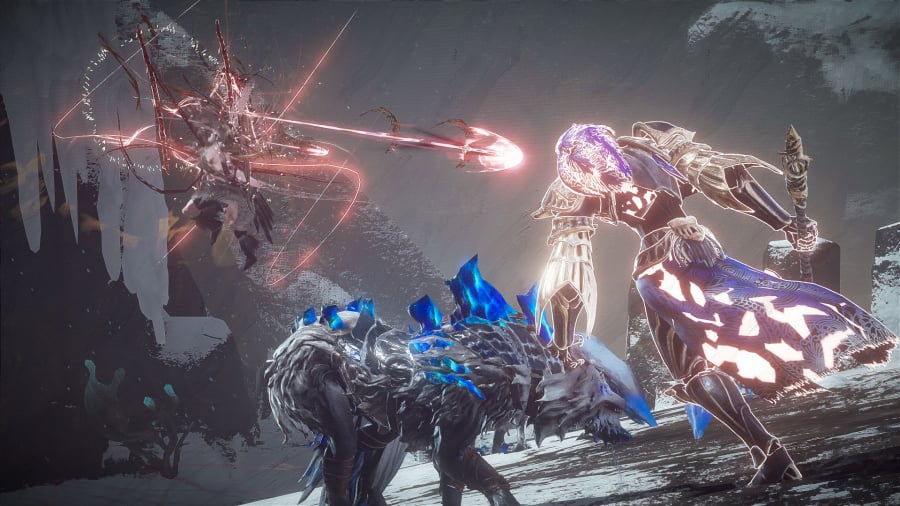 This kind of bizarre failure in clarity characterizes Babylon’s Fall rather effectively. You can jump, but not between the small docks in the hub, even though it would save time. The game does not trust you to make your own way, forcing you to avoid clear shortcuts simply because they’re not the right way.

And that’s before you even get into one of the many near-identical missions that see you walk along a linear path before being locked in a battle arena with various fuzzy, boring monsters. Here, you’ll engage in some relatively slick Platinum-style combat; the major gimmick here being your character’s “Gideon Coffin”, a spectral armament that allows you to equip up to four weapons at the same time. That does not amount to much, though, as you’ll simply find the shoulder button or trigger that seems to do the most damage and mash that instead of square or triangle for your basic light and heavy attacks. Different builds are certainly possible, but the enemies aren’t unique or threatening enough to make character progression feel like it matters, even in the endgame skirmishes. 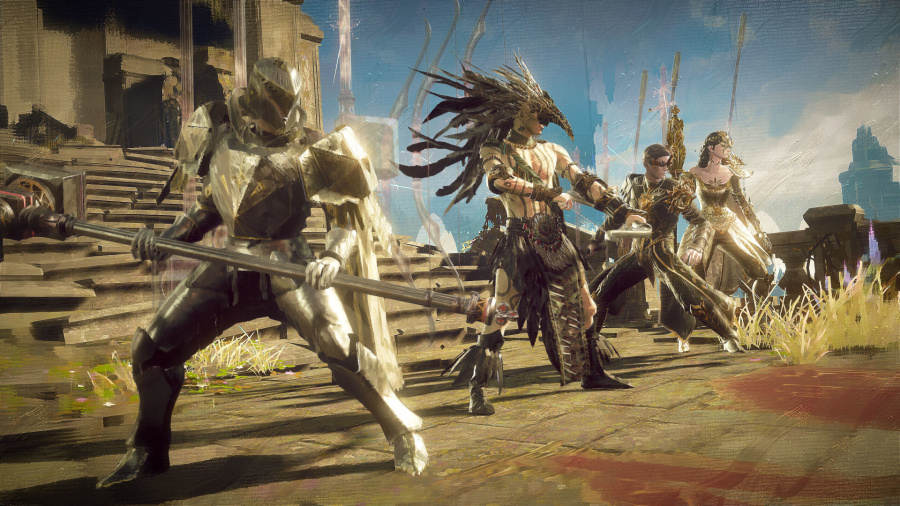 In fact, the loot aspect of the game is shockingly unengaging. There’s an initial gacha-esque thrill to the cascade of collectables you’ll receive on completing a story mission, but this gives way to ennui when the armor all looks so poor, and the weapons essentially amount to an extended game of “number go up “, without drastically modifying your playstyle or allowing for particularly unique, interesting builds. Compounding this problem is the game’s aforementioned weakness in communicating with the player; often you’ll receive loot that’s superior on paper but in practice it completely disappoints.

And so it goes, unfortunately. We tried to drag any and all enjoyment we could out of Babylon’s Fall, and the best we can do is highlight the odd moment of visual promise – some of the vistas are admittedly impressive-ishand the boss battles could be mistaken for something spectacular by a passive observer of the game being played.

Even bringing in friends does not improve matters – you barely need to interact with them, so you basically just end up wasting four people’s time instead of just your own. It also seems pretty glitchy – we found ourselves inexplicably locked out of battle arenas a few times, forced to simply watch our teammates kill the enemies while we hovered around outside fecklessly. On the plus side, watching the mindless battle unfold was not that different to actually being in there and mashing the buttons ourselves. 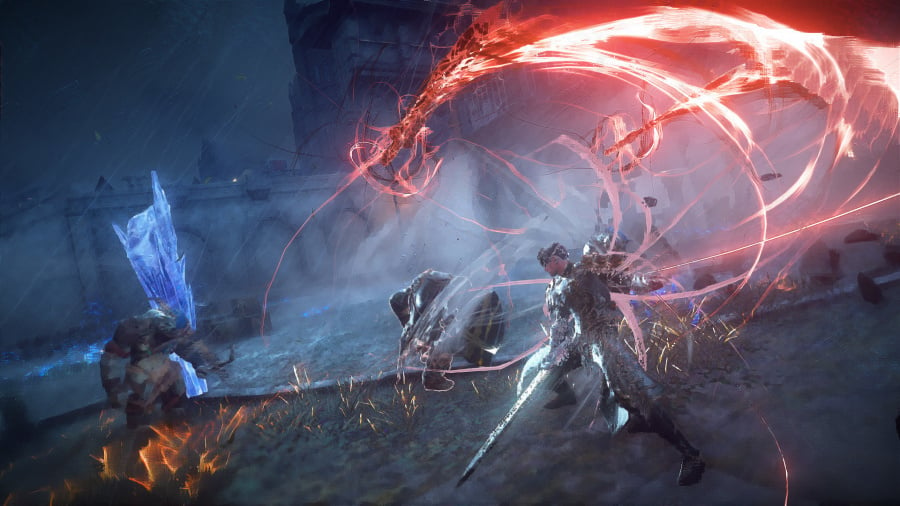 Ultimately, we just do not see a reason why you should play Babylon’s Fall when such superior alternatives exist in the likes of the recently released Destiny 2: The Witch Queen, or even Square Enix’s own Outriders. Sure, they’re not melee-focused, but when the gameplay is this weak we do not see that it particularly matters. Think of it this way: you would not play Babylon’s Fall even if it was strictly single-player, as it’s by some distance Platinum’s worst game. And yes, we include the fairly risible Teenage Mutant Ninja Turtles: Mutants in Manhattan in that equation.

Given the nature of live service titles it’s possible that Babylon’s Fall could see a phoenix-style resurrection with some rebalancing, but somehow, we doubt it. Hopefully this absolute misfire does not signal a profound change in direction for Platinum Games; this title had a troubled conception and it shows, but rather than iterate on things, we’d rather see a return to single player dominance. There’s just nothing about Babylon’s Fall that warrants going back to the drawing board. Except for that fantastic boss battle in which you race the Batmobile against those jorts-clad pink elephants. Oh wait, that was just a dream we had when the game put us to sleep.