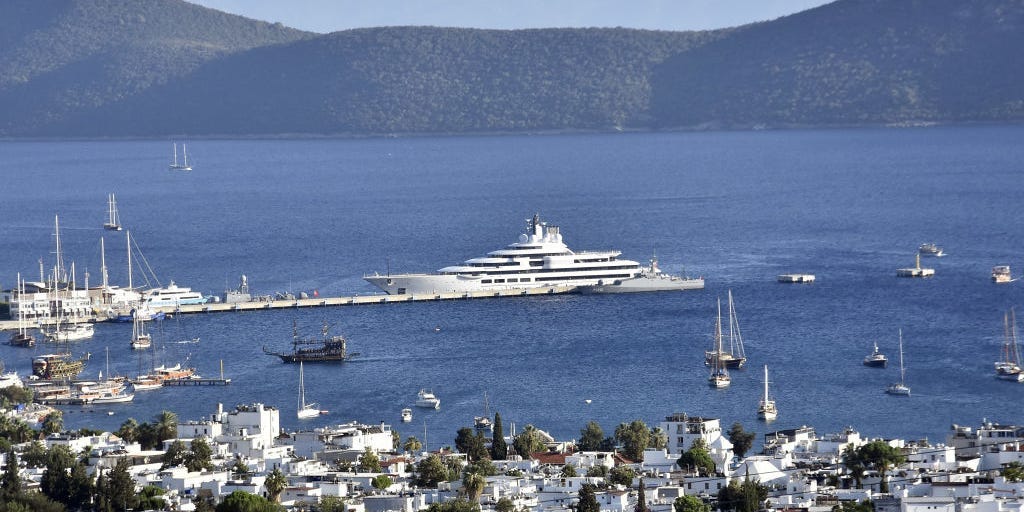 The superyacht, called the Scheherazade, which is currently situated on the Tuscan coast of Italy first came to light after The Times reported Tuesday that Italian authorities were examining the 459-foot-long vessel.

While some believed it could belong to a Russian oligarch, locals told The Times they nicknamed it “Putin’s yacht.”

Following the invasion of Ukraine, Russia has been hit with wide-ranging sanctions targeting oligarchs and their luxury assets. Superyachts have come under particular scrutiny in recent weeks.

US intelligence officials have not concluded who owns the Scheherazade but said they found initial indications that it was associated with Putin, per The Times.

The people with knowledge of the matter would not describe what information led them to believe the superyacht was linked to the Russian President, according to the publication.

The ship’s captain, Guy Bennett-Pearce, told reporters earlier this week that Putin was not the owner of the ship and that he had never been on the yacht. He did not, however, rule out the possibility of the owner being Russian.

Meanwhile, the US and the other countries are doubling down on efforts to confiscate oligarchs’ high-end assets.

“We are joining with our European allies to find and seize your yachts, your luxury apartments, your private jets,” President Joe Biden said in his State of The Union address on March 1. “We are coming for your ill-begotten gains. “

Some oligarchs have scrambled to try and escape the sanctions against them, taking their private jets and ships to places like Dubai and the Maldives.

Others like Russian billionaire Roman Abramovich are resorting to selling off their assets.

The Scheherazade has been undergoing repairs since June 2020 in the small Italian town of Marina di Carrara. Its features include a helicopter landing pad, a large pool, a cinema, and a drone crashing system, according to Superyacht Fan.