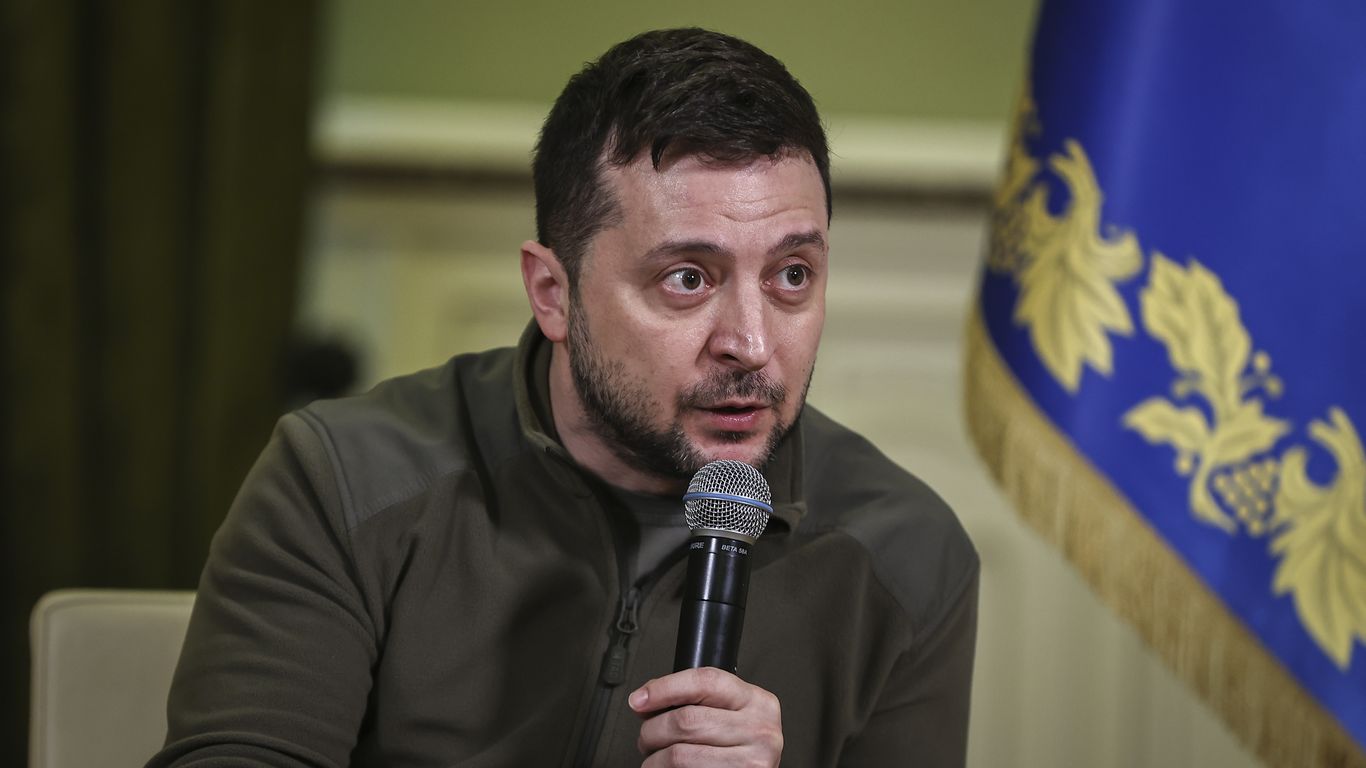 Ukrainian President Volodymyr Zelensky said Saturday that approximately 1,300 Ukrainian soldiers have been killed by Russian forces in what he is calling a “war of annihilation,” according to the New York Times.

Driving the news: Russian forces are intensifying their campaign of aggression against Ukraine, including in Kyiv, where forces have edged to within 25 kilometers of the city center.

State of play: German Chancellor Olaf Scholz and French President Emmanuel Macron on Saturday urged Putin to call an immediate ceasefire in Ukraine during a 75-minute call with the Russian leader, CNN reports.

The big picture: Hundreds of protesters in Melitopol in southern Ukraine took to the streets on Saturday to protest the detention of the city’s mayor on Friday by Russian forces, CNN reports.

Editor’s note: This is a developing story. Please check back for updates.