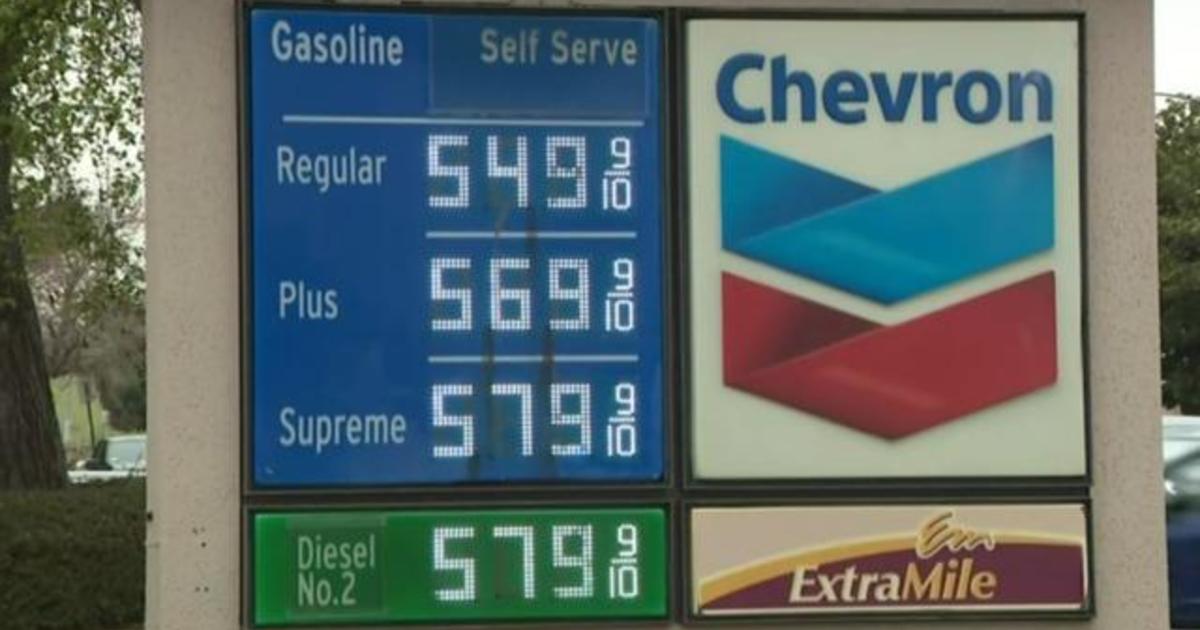 Gas prices are hitting record highs almost daily, causing financial pain at the pump for millions of Americans. But it’s also spurring questions about why fuel is so expensive – and who’s to blame. Consumers are also wondering when they might see some relief.

Not surprisingly, soaring gas prices are having a very real impact on household budgets: A typical family may incur additional costs of $ 2,000 this year simply due to the higher costs, according to one Wall Street estimate. On Friday, gas prices again reached a new peak, an average of $ 4.33 a gallon, according to AAA. Prior to this week, the previous record was $ 4.10 a gallon in 2008, just before the financial crisis.

Suddenly, fuel prices are a major topic of discussion, with families budgeting for higher gas costs and cutting spending in other areas. Some Americans are already driving less due to the higher prices. One in three adults say they reduced their car usage last month, with most blaming gas-pump sticker shock, according to Morning Consult.

So how did we get here? Today’s stratospheric gas prices have their root in the COVID-19 pandemic, with Russia’s war on Ukraine pushing prices higher in recent weeks, said Patrick De Haan, GasBuddy’s head of petroleum analysis.

“The overall aspect is that supply and demand have changed,” he told CBS MoneyWatch. “Everything was upended by COVID. If it had not happened, we would have been in a different situation.”

Here are three reasons why gas prices are spiking – and when experts think they might come down.

When the pandemic first hit the US in March 2020, demand for gasoline plummeted as Americans sheltered at home due to nationwide lockdowns. The typical driver cut their driving in half, according to AAA.

That sharp decline in demand caused gas prices to plunge to an average of $ 1.94 per gallon in April of 2020.

But as the economy recovered – as vaccines rolled out, making Americans feel safer about traveling and shopping – people resumed driving. With demand rising, gas prices also started to creep upwards. By March 2021, the average per-gallon price for gas stood at $ 2.82, an increase of 45% from its pandemic low.

When demand for gas and oil plunged during the pandemic, OPEC and oil-producing nations such as Russia cut production, slashing it at an unprecedented 10 million barrels. To put that in perspective, that represents 10% of the global supply.

But as the global economy recovered from the pandemic, OPEC was slow to ramp up production, De Haan said. “We’re nearing pre-COVID levels for consumption, but production is still lagging. OPEC did not start increasing production until July 2021. They were already too late – they were severely behind the curve.”

Meanwhile, US producers said they are boosting production, but warned that supplies could take a while to trickle through to the market and move prices at the pump, Politico reported.

Against that backdrop of steadily rising prices, Russia’s war in Ukraine has caused a rapid spike in gas prices. President Biden on Tuesday announced a US ban on Russian oil and gas importstaking aim at Russia’s main revenue source amid the conflict.

The US imports less than 10% of its oil and gas from Russia. So why are prices rising so much in the US if the nation does not depend on Russia for fuel? The surge in gas prices is due to the larger global oil market, De Haan said.

“When the US issues sanctions, that has wide ramifications on Russia’s ability to export oil,” he said. “We do not import a lot, but somebody else does and we are making it difficult for Russian oil to flow to the global market, and prices are reacting to that.”

It’s possible that the average per-gallon price could reach $ 5. In some regions, it already has – such as in California, where drivers are paying $ 5.72 per gallon.

But where the price of gas goes from here depends on a number of factors, such as whether the US makes a deal with Venezuela to import fuel from that nation, De Haan said.

It’s also important to remember that when adjusted for inflation, today’s fuel prices are still below their peak in 2008, he noted. In today’s dollars, the price was closer to $ 5.25 a gallon. De Haan believes that most consumers will not cut back on driving until prices reach that $ 5 per gallon mark.

So when will gas prices go down?

Expect gas prices to remain elevated for weeks if not months, experts say. Overall inflation will likely get worse in March and April before improving, Bill Adams, chief economist for Comerica Bank, said in a report.

“Inflation will accelerate in March and April as the knock-on effects of the Russia-Ukraine war push prices even higher at supermarkets, gas pumps and on utility bills,” Adams said.

But inflation could start easing later in the year, dipping to 5.5% by September, predicts Ian Shepherdson, chief economist at Pantheon Macroeconomics.

It’s unclear when gas prices might go down since that is closely tied to Russia’s war on Ukraine, De Haan said.

“It’s difficult to know – it could be weeks or months,” he said. “If Putin stays as president and signs a peace treaty, it’ll take months for countries to do business with him again because they have to gauge whether he’s reliable. If there is a regime change in Russia, the change [in gas prices] could come much quicker. “