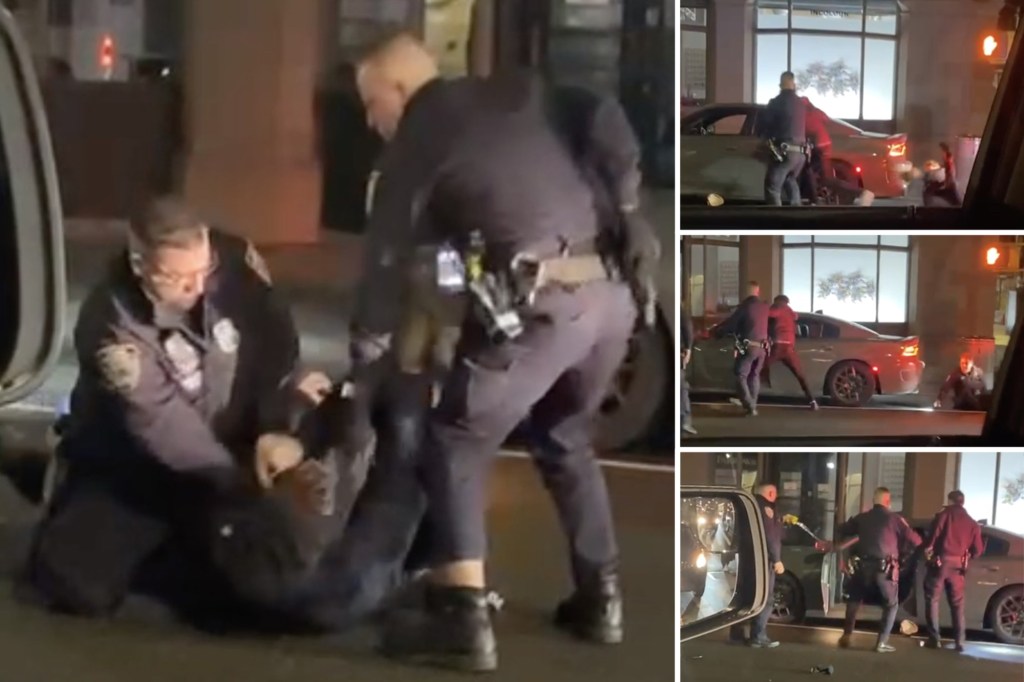 A tough-guy driver fought off three NYPD cops during a traffic stop in Manhattan Wednesday night – then peeled off in his muscle car despite being zapped by two Tasers, according to police and video of the fracas.

The clip, posted on Instagram, shows the ballsy motorist brawling with the trio of officers around 11pm after they pulled over his Dodge Charger at White and Lafayette streets, cops said.

An NYPD spokesman said the man had violated a traffic law but did not specify which one.

“Upon further investigation, officers determined the temporary license plate on the vehicle was altered,” the spokesman said. “Officers attempted to place the individual under arrest when he resisted and then fled the location in the vehicle.”

The video shows the officers struggling with the man on the ground but he manages to get onto his feet. In the process, the driver pushes one of the officers to the ground, causing him to strike his head on the car’s bumper.

The suspect then jumps into the Charger and revs the engine dramatically – even as two of the cops shock him with their Tasers.

Then, the driver slams his car door shut and zooms off.

Two of the officers suffered minor injuries, police said. There were no immediate arrests.