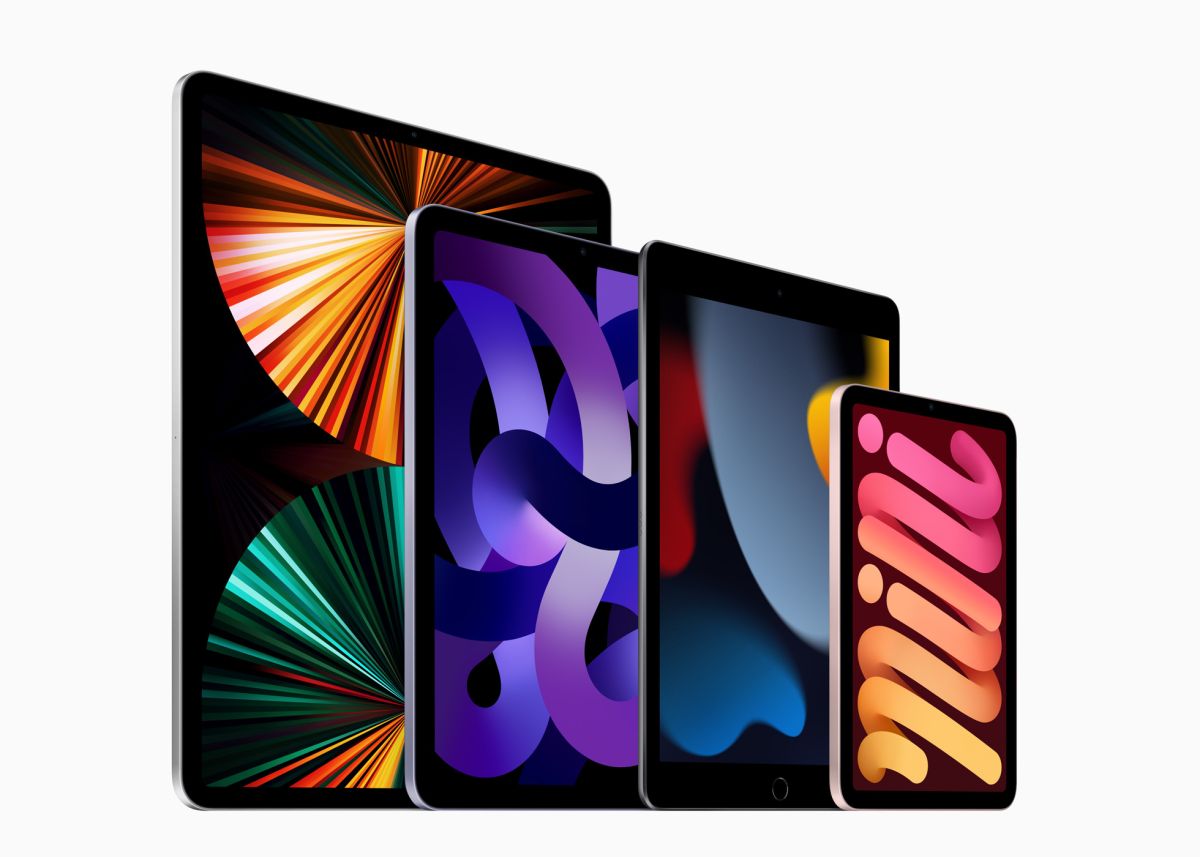 Anyone who read my Galaxy Tab S8 + review, or any Tab S8 reviews, will probably object to my headline. Samsung’s new tablet series is excellent, coupling fast performance with a beautiful thin-bezel display and 120Hz refresh rate. Samsung upgraded its flagships tablets exactly as it should have, including making One UI less of a downgrade compared to iPadOS; and the Tab S8 only costs $ 100 more than the iPad Air.

Comparing a laptop-rated chip against a budget mobile chip from 2020 is about as fair as racing a Bugatti against a VW Beetle in Forza Horizon 5.

Dropping even further, you have the $ 500 iPad Mini, the speedy 8.3-inch tablet with the same Bionic SoC as the iPhone 13. Unless you count the underpowered Galaxy Tab A7 Lite or the expensive Z Fold 3 that’s about 8 inches unfolded – and I certainly do not – Samsung has no proper Mini alternatives.

The Galaxy Tab S8 holds its own against the iPad Pro, for now. But I do not see how its Tab A or Tab FE lineups can survive this new Air with M1 development, given Samsung’s willful disregard for the mid-range market.

It’s all about the silicon

Our long-time Android phones reviewer Harish Jonnalagadda regularly stacks Apple products against the competition. And he lavished praise on the previous iPad Air (2020) for the A14 Bionic’s blazing speeds, among many other positives. Now, Apple claims the new iPad Air 5 with the 8-core M1 chip will have a 60% increase in CPU performance and 100% GPU improvement.

Android fans don’t like talking about this, but iPhones with Bionic chips already run laps around the competition unless you’re using a RAM-heavy phone like the Galaxy S22 Ultra.

With the M1-backed iPad Air, you’re getting a throttled version of the power you’d see in a MacBook – or even the iPad Pro, which likely has more RAM – but even a throttled Air will likely wallop a Snapdragon 8 Gen 1 tablet in performance and obliterate anything below that.

Apple’s choice to cast Intel aside and develop its own silicon has paid huge dividends, as it brought MacOS and iPadOS products closer together. Now, any future advancements made to the MacBook Pro lineup, like the rumored M2 chip, will eventually benefit most iPads beyond the entry-level models.

Imagine an iPad Mini with an M1 chip, or a future iPad Air with the M1 Pro. How can we expect Samsung Tabs running outdated, mid-range Qualcomm hardware to compete with that down the line?

It could even be easier to develop creative iPadOS software because it’ll run on the same hardware found on productivity-focused MacBooks. Meanwhile, most app developers still neglect Android tablets.

Unless something changes, Samsung will continue to rely on Qualcomm instead of going all-in on Exynos, which some of my colleagues have suggested.

In a perfect world without a neverending chip shortage, maybe Samsung could develop enough Exynos SoCs to take complete charge of stocking its own tablets, and take the Apple route of optimizing One UI to its silicon. But given Samsung has to sell tens of millions of Galaxy S phones every year as well as tablets, it’ll never happen.

The other solution would be to start relying on actual laptop-quality hardware. Intel would happily take the business and power Samsung tablets in addition to its Galaxy Chromebooks. But because of the disconnect between Android and Chrome OS, Samsung would have a major headache on its hands converting its software to new hardware.

Until Google closes that gap, Samsung has no hardware path to compete with Apple on its own terms.

Samsung’s small and mid-range Tabs need to get better

I’m not going to pine for Samsung to match Apple for performance when it is not a fair ask, given all the above evidence. But I am going to criticize Samsung for focusing on either expensive or bargain-bin tablets.

Samsung’s one mid-range tablet, the Tab S7 “Fan Edition,” measures in at 12.4-inches with a 2560×1600 resolution and 10,090mAh battery, nearly matching the S8 + in many areas. The South Korean company decided that its fans would rather compromise on performance than on the size of the display to get a lower price.

Below that, you’ll have to choose an old, underpowered Galaxy Tab S6 Lite or the new 10.5-inch Tab A8 with the unproven Unisoc T618 chip and just 3-4GB of RAM. They compete against cheap Amazon Fire tablets, not Apple’s.

If Samsung would release an 8- or 10-inch tablet with Tab S8-quality speeds for a lower price, that would attract a much larger audience in my mind. Even if it can not match the iPad Air 5 in speed, Samsung can bust out its multitasking software made popular on its foldables and push its Tab Minis as more versatile than Apple’s.

Right now, thrifty students or people who want a streaming-and-browsing-in-bed device with M1 speeds will not look twice at Samsung’s offerings. No matter how great the Tab S8s are, they’re primarily desk tablets that you will not want to hold for too long.

Samsung offers the best Android tablets of any brand by far. But unless Samsung wants to cede the mid-range market to Apple entirely and keep its tablets limited to die-hard Android users, it will give us a Tab S8 Mini or competitively downgraded Tab S8 FE by next year.