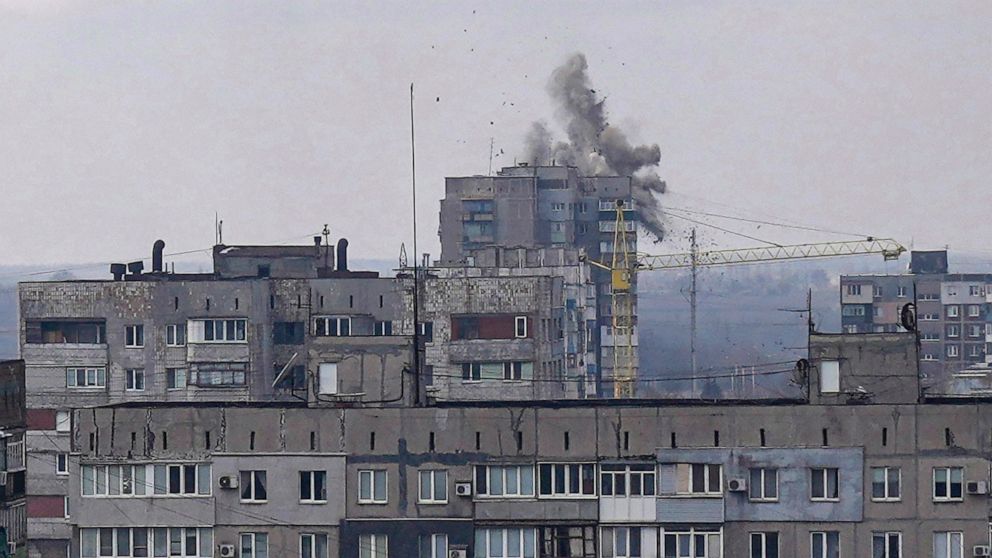 Here is what US officials said Thursday about the state of war in Ukraine.

The Pentagon has been providing daily updates on the Russian invasion of Ukraine and Ukraine’s efforts to resist.

Here are highlights of what a senior US defense official told reporters on Thursday:

The Russian forces closest to the heart of Kyiv are coming from the northwest, in the area of ​​the Hostomel Airport. Since Wednesday, these troops fought their way three miles closer, bringing them within roughly nine miles of the city center, according to the official. The airport is only about five miles as the bird flies from the outer city limits.

Two parallel lines of advance from the northeast are also making progress on their push to the capital, the closest of these troops now about 25 miles from the center of Kyiv.

Some Russian troops from one of those lines, emanating from above the town of Sumy, seem to have turned around, heading back northeast. The official said the reason for the about-face is unclear.

Russian forces have now fired more than 775 missiles against Ukraine, the official said. This is up from an estimate of 710 on Wednesday.

No Patriots to Ukraine

The official said there is no talk at the Pentagon of sending Patriot systems to Ukraine, as they would require US troops on the ground to operate them.

“It’s not a system that the Ukrainians are familiar with. And as we have made very clear, there will be no US troops fighting in Ukraine,” the official said.

Other air-defense options for Ukraine

Security assistance continues to flow into Ukraine, even in the last 24 hours, according to the official.

While the US is sending its own anti-armor and anti-aircraft weapons, it is also working with other countries to send items the US does not have in its arsenal but could be used effectively by Ukrainian troops.

When asked, the official said this includes air-defense systems that are “more sophisticated” than the shoulder-fired Stinger missiles being sent by the US So, while the Pentagon has rejected the idea of ​​sending Patriot missile batteries, it could be helping facilitate the transfer or replenishment of similar systems that Ukrainians are trained on.

Ukraine making little use of its fighter jets

The official repeated the Pentagon’s rejection of a Polish proposal to pass its fleet of MiG-29 fighter jets to Ukraine by using the US as an intermediary.

“We do not support a proposal whereby jets would be transferred to our custody, then to be brought into Ukraine,” the official said.

The Defense Department views sending aircraft to be an inferior form of support for Ukraine, despite Ukrainian officials’ requests.

“They are not flying their fixed-wing aircraft very much on a daily basis. We’re not making a judgment here, it’s just a fact. What they are using very effectively to slow the Russian advance, particularly in the north, are their own surface-to-air missile systems and MANPADS, as well as … anti-armor munitions, “the official said.