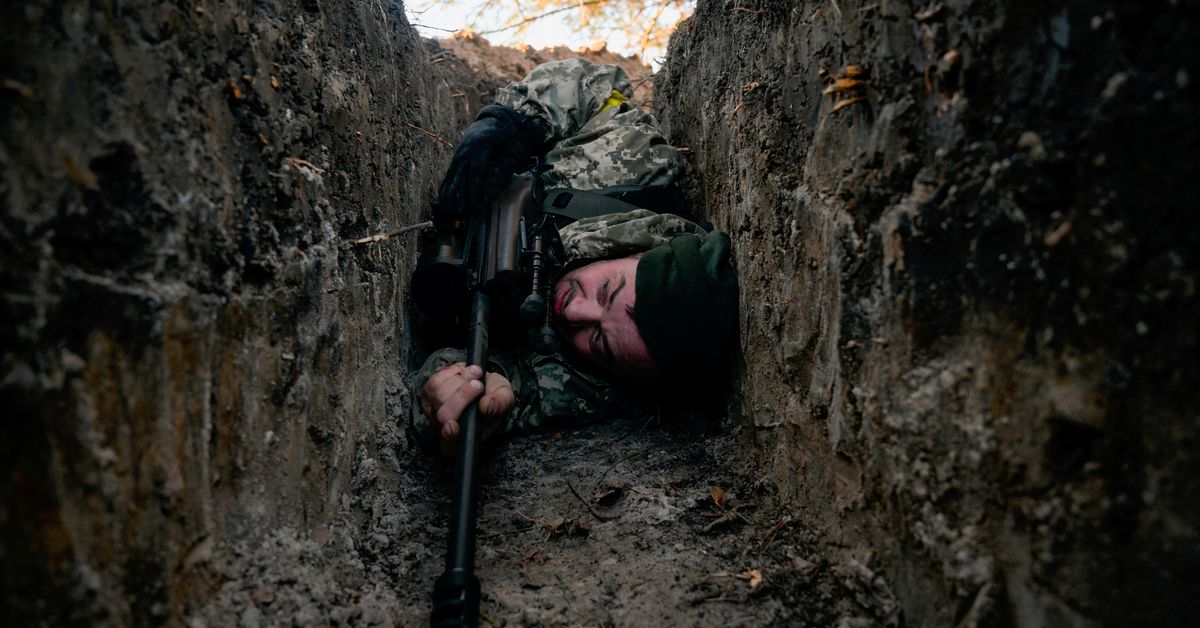 LVIV, Ukraine, March 11 (Reuters) – The United States, together with the Group of Seven nations and the European Union, will move on Friday to revoke Russia’s “most favored nation” status over its invasion of Ukraine, multiple people familiar with the situation told Reuters.

Stripping Russia of its favored nation status paves the way for the United States and its allies to impose tariffs on a wide range of Russian goods, which would ratchet up pressure on an economy already heading into a recession. read more

Washington’s moves to tighten the screws on Moscow come as US and European officials accuse Russia of war crimes over its bombardment of civilians in Ukrainian cities, amid repeated violations of ceasefires in which each side blames on the other.

Russia’s defense ministry said it would declare a ceasefire on Friday and open humanitarian corridors from Mariupol as well as Kyiv, Sumy, Kharkiv, Mariupol and Chernihiv, although previous ceasefires have failed. read more

About 222,000 people have been evacuated to Russia from Ukraine and its two Russian-backed rebel regions, the TASS news agency said on Friday, citing an unidentified source.

Satellite images showed a Russian military column threatening Kyiv from the north had dispersed to new positions, private US company Maxar Technologies (MAXR.N) said, possibly in preparation for an assault on the capital.

On Friday, three air strikes in the central Ukrainian city of Dnipro killed at least one person, state emergency services said, adding that the strikes were close to a kindergarten and an apartment building.

Russian troops launched a high-precision, long-range attack on two military airfields in the Ukrainian cities of Lutsk and Ivano-Frankivsk and took them out of action, Russian news agencies quoted defense ministry spokesman Igor Konashenkov as saying on Friday.

He also said that Russian forces had destroyed 3,213 Ukrainian military installations since the launch of what Russia calls a “special military operation” in Ukraine.

Russian-backed separatists have captured the Ukrainian city of Volnovakha north of the besieged Azov Sea port of Mariupol, the RIA news agency quoted Russia’s defense ministry as saying. Volnovakha is strategically important as the northern gateway to Mariupol.

Russia’s invasion of Ukraine is the biggest assault on a European country since World War Two. Moscow calls its actions in Ukraine a “special operation” to disarm Ukraine and unseat leaders it calls neo-Nazis. Ukraine and Western allies call this a baseless pretext for a war of choice that has raised fears of wider conflict in Europe.

The US Senate voted on Thursday to approve legislation providing $ 13.6 billion to help Ukraine finance ammunition and other military supplies, as well as humanitarian support.

Biden had on Tuesday imposed an immediate ban on Russian oil and energy imports. read more

The European Union will not impose sanctions on Russian gas or oil, Hungarian Prime Minister Viktor Orban said in a video posted on his Facebook page on Friday, amid a summit of EU leaders in France.

Images provided by Maxar showed armored units maneuvering in and through towns close to Antonov airport northwest of Kyiv, while other elements further north had repositioned near Lubyanka with towed artillery howitzers in firing positions.

Reuters was unable to independently verify the images but the Ukrainian armed forces’ general staff said late on Thursday Russian forces had regrouped after heavy losses, without specifying which elements they were referring to.

After three weeks of war, Russia has failed to reach its stated objectives of disarming the Ukrainian military and ousting the democratically elected government, but it has caused thousands of deaths and forced more than 2 million people to flee the country, where several cities are under siege.

Putin on Thursday acknowledged there had been “problems and difficulties” in Ukraine but said Russia would emerge stronger from the war.

Russian Foreign Minister Sergei Lavrov said the operation was going to plan, after holding talks with his Ukrainian counterpart, Dmytro Kuleba, in Turkey on Thursday, the highest-level meeting since Putin ordered the invasion on Feb. 24.

Media in Russia are barred from reporting anything other than the Kremlin’s line on events in Ukraine, including allegations this week that the United States is secretly developing biological weapons there.

The United Nations Security Council will convene on Friday at Russia’s request, diplomats said, to discuss Moscow’s allegations, which Washington has described as disinformation. read more

The information was picked up on social media as well, with Russia demanding that Washington stop the “extremist activities” of Facebook owner Meta Platforms (FB.O), which temporarily lifted a ban on calls for violence against the Russian military and leadership. read more

The social media company will temporarily allow some posts that call for the death of Putin or Belarusian President Alexander Lukashenko in countries including Russia, Ukraine and Poland, according to internal e-mails to its content moderators.

Officials in Mariupol said Russian warplanes again bombed the city on Thursday, a day after a maternity hospital was pulverized in an attack the United States said was evidence of a war crime.

Linda Thomas-Greenfield, the US ambassador to the United Nations, said Washington was “working with others in the international community to document the crimes that Russia is committing against the Ukrainian people”.

“They constitute war crimes; there are attacks on civilians that cannot be justified by any – in any way whatsoever,” she said in an interview with the BBC.

Lavrov said the hospital struck on Wednesday had stopped treating patients and had been occupied by Ukrainian “radicals”. Russia’s Defense Ministry later denied having bombed the hospital at all, accusing Ukraine of a “staged provocation”.