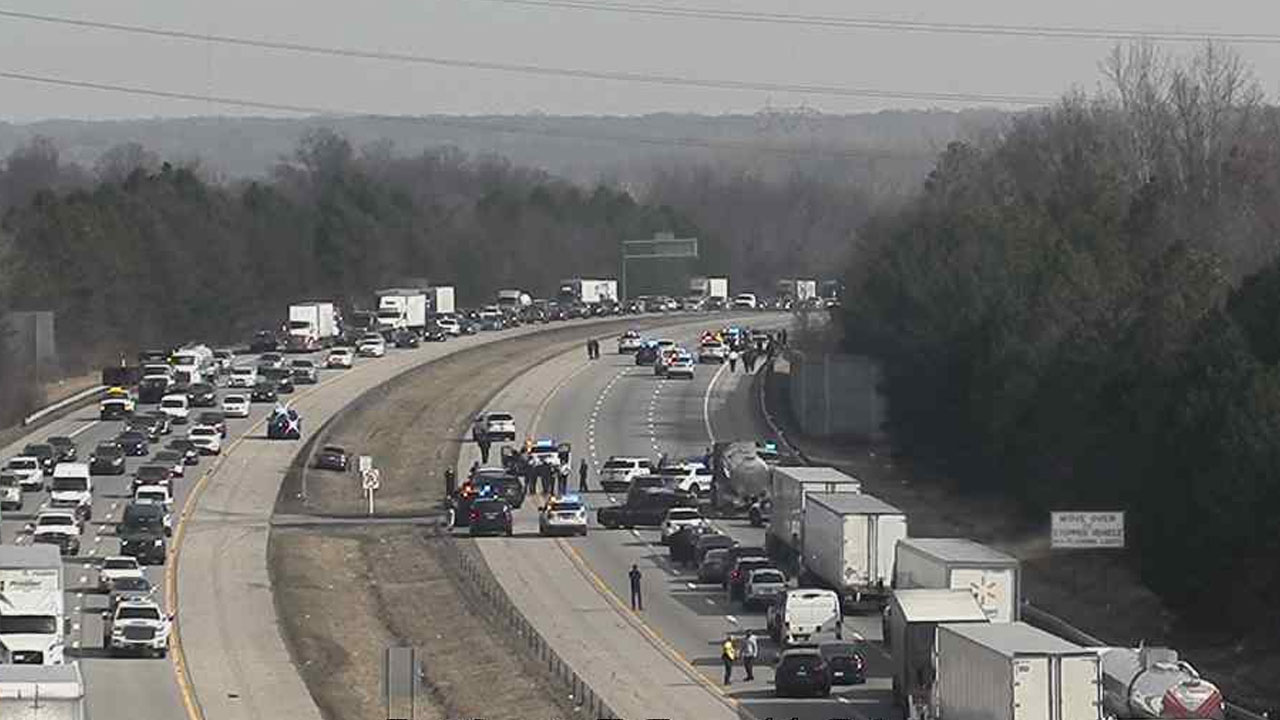 DELAWARE COUNTY, Ohio (WCMH) – A suspect is in stable condition Friday after Columbus police were involved in a shooting along Interstate 71 north of Columbus.

The northbound lanes of the freeway were closed north of Polaris Parkway about 10 am after police say they responded to an active-shooter situation, followed by a report of an officer-involved shooting.

Police said one officer was taken to a hospital for precautionary reasons and that the suspect was originally in critical condition. The state Bureau of Criminal Investigation confirmed that it was called out to investigate the incident.

The scene after the shooting was captured on Ohio Department of Transportation traffic cameras. They showed dozens of law enforcement vehicles and police rerouting vehicles in the northbound lanes onto the southbound lanes.

Northbound I-71 was closed as far south as I-270, with the ramps from I-270 to I-71N also closed. Southbound I-71 traffic in Delaware County was backed up for miles but getting by with lane restrictions.

From Columbus, the closest entry point to I-71 north of the city is at the US 36 / State Route 37 exit near Sunbury. That exit can be reached by first taking State Route 3 into Sunbury, US 23 toward Delaware or, from the Polaris area, Old State Road or Africa Road north to 36/37.