As Russian troops advanced from the north, this capital with its defiant president and citizen militias armed with rifles and homemade bombs was preparing a robust defense Thursday as talks to end the war stalled and relentless shelling battered coastal towns in the south.

Across Kyiv, major road and bridge junctions were blocked with streetcars, buses and garbage trucks. Near the ring road that surrounds the city, trucks with rocket launchers parked in fields and released a fusillade toward Russian forces’ position to the northwest. And as Russian troops pressed on outside the city, residents of Kyiv’s suburbs were feeling the strain.

“We’ve seen more civilians. Sometimes soldiers too, but much more civilians, ”said Volodymyr Andriiets, deputy director of the main hospital in Brovary, 15 miles northwest of Kyiv’s center. “Bullet wounds, shrapnel wounds; the ones we’ve seen are very severe, because many of them we see an appendage amputated. ”

Andriiets looked weary. Though the area around the hospital seemed quiet, fighting was slowly approaching the suburb – a change reflected in patients admitted in the last three days.

While the clashes and efforts to evacuate more people continued, there were no breakthroughs for an end to the hostilities as Russian and Ukrainian foreign ministers met Thursday in Antalya, Turkey, for the two countries’ highest-level talks since the war began two weeks ago .

After negotiations lasting about an hour and a half, the Russian and Ukrainian foreign ministers emerged still far apart in their views of a conflict that has killed hundreds, possibly thousands, of people.

Although there was discussion of humanitarian issues, Ukrainian Foreign Minister Dmytro Kuleba said there was no progress on Kyiv’s key demand of an immediate cease-fire.

“We can not stop the war if the country that started the attack has no willingness to do that,” Kuleba said, adding that Moscow continued vainly to seek “a surrender from Ukraine.”

Kuleba noted that the encircled southern port city of Mariupol remained under constant shelling and bombing from Russian forces, in violation of repeated agreements to allow civilians safe passage out. Mariupol officials Thursday said three people, including a child, died when a maternity hospital was hit the day before, an assault whose brutality sparked outrage around the world. Ukrainian President Volodymyr Zelensky called it a war crime.

In Warsaw, Vice President Kamala Harris on Thursday condemned Russia’s bombing of the hospital and said the attack should be investigated as a potential war crime.

“Absolutely there should be an investigation,” Harris said during a joint news conference with Polish President Andrzej Duda at the Belweder Palace in Warsaw. “Just limited to what we have seen: pregnant women going for healthcare being injured by – I do not know – a missile, a bomb in an unprovoked, unjustified war.”

The toll from the hospital added to the more than 1,200 people killed in Mariupol alone in the war’s first nine days, according to the city’s deputy mayor – a number that far eclipses the figure issued for all of Ukraine by the United Nations, which acknowledges its tally to be an undercount.

Russian Foreign Minister Sergei Lavrov brushed aside criticism over the deadly strike on the hospital, calling the accusation of an atrocity another of Ukraine’s “pathetic cries.” He alleged that the facility had become a base for radical Ukrainian fighters, that women and children had been moved out and that Ukraine was using civilians as human shields.

Sticking to Moscow’s narrative of the invasion that began Feb. 24, Lavrov insisted that Russia “did not attack Ukraine” but rather launched a “special military operation” – he refused to call it a war – because Ukraine presented “a direct threat” to his country.

“Ukraine is being made into an anti-Russian state” through Western manipulation and intimidation, Lavrov said. He reiterated Moscow’s demand for the “de-militarization” and “de-Nazification” of a country whose army is a small fraction of the size of Russia’s and whose president is Jewish.

Although some observers had speculated that Thursday’s foreign ministers’ meeting could pave the way for direct talks between Zelensky and Russian President Vladimir Putin, such a summit seems a distant prospect.

Lavrov said the two leaders would meet only if it could achieve “added value” beyond ongoing negotiations at lower levels.

Far from the diplomatic wrangling in Turkey, officials in some of Ukraine’s most war-battered cities struggled to move their people to safety.

Ukrainian authorities said evacuation routes from seven cities had been agreed on Thursday with the Russian side, but it was unclear whether fighting had actually halted in those so-called humanitarian corridors. Only three of six routes Wednesday were able to operate, Zelensky said.

Heavily besieged Mariupol, whose plight has captured international attention, was once again on the evacuation list.

Late Thursday, Zelensky said Ukrainians delivered hundreds of tons of water, food and medicine along humanitarian corridors and evacuated about 40,000 people from the cities of Sumy, Trostyanets, Krasnopillya, Irpin, Bucha, Hostomel and Izium. But the towns of Mariupol and Volnovakha remained blocked because Russian troops refused to cease fire.

“We did everything necessary to make the humanitarian corridor work,” Zelensky said in a video posted on Facebook. “But the invaders started a tank attack exactly in the area where this corridor was supposed to be… They did it consciously. They knew what they were disrupting. They have a clear order to hold Mariupol hostage, to torture it, to carry out constant bombardment. ”

After stalling for many days, Russian troops moved about three miles closer to Kyiv, a senior US defense official said Thursday afternoon at a Pentagon briefing. They are now about 12 miles north of the city center, the official added, and the city of Chernihiv is isolated and seeing heavy fighting.

The US continues to provide security assistance to Ukraine, with another shipment arriving in the next 24 hours. The Pentagon continues to observe increased use of “long-range fires, bombardment, missile launches” as Russia attempts to gain ground after delays, the senior defense official said.

Forty-two Republican senators signed a letter Thursday urging President Biden to work with Poland to transfer fighter jets to Ukraine, one day after the Department of Defense said such a move could be seen as an escalation by Russia.

Kyiv Mayor Vitali Klitschko said his city had turned into a fortress ahead of the Russian invasion.

“Every street, every house… is being fortified,” he said, adding that even people who never expected to do so “are in uniform with machine guns in their hands.”

For Ukrainians on the outskirts of Kyiv, there were small victories: a skirmish about 20 miles to the northeast on Thursday saw a column of Russian armored vehicles try to breach the city defenses near a bridge on the main highway between Kyiv and Chernihiv.

By mid-morning, Ukrainian soldiers were showing off a Russian armored personnel carrier whose occupants had run away, a Ukrainian commander said. The vehicle sat on the side of the highway, its dull-green metal glinting in the cold morning sun.

Beside it were strewn the Russian soldiers’ belongings: sleeping bags, toiletries and, oddly, a Canon printer.

But in Brovary, Andriiets, the hospital deputy director, said fear of bombardment was forcing them to move patients to the basement two to three times a day.

He walked to the bed of Vasil Seychuk, a 40-year-old firefighter who had been in his house walking toward the basement when a shell slammed into it Wednesday afternoon. Part of his right thumb was gone, and his right ankle lay swathed in a large, blood-stained bandage.

“You can fit an apple in the wound there,” said Oxana, his wife.

In the same room was Vitaly, a soldier who – like most of the military personnel interviewed – gave only his first name for reasons of safety. His nickname meant “bulletproof,” a moniker he appeared to earn, walking around the room and talking with an energy not seen in others on the floor.

But then he revealed what was left of his arm: A piece of shrapnel had sliced ​​it a little beyond the elbow, the result of a hail of artillery on his position in Hoholiv, a town 10 miles east of Brovary.

Andriiets looked at it morosely, looking for the words in English before he said “Traumatic amputation.”

In the northwest suburbs of Kyiv, Ukrainian and Russian forces clashed in the streets and parks of Irpin.

On Thursday afternoon, a drive through revealed a mostly empty town; even the stream of refugees was largely gone. A few pensioners and volunteers delivering aid and running shelters were the soldiers’ only company.

One woman, Tamara Ashtonova, said hello to a volunteer. She had no plans to leave; a recent hip operation meant she could not walk long distances.

For now, the front line had moved back to Irpin’s northern edge, to the bridge connecting it to Bucha, the town to the north and the site of repeated confrontations between the two sides.

It was now quiet, but that did not stop Vladimir Korotya, a commander from Bucha, from ducking low and running out from the side of the road to an excavator parked in the middle of the road.

“My wife and family reached Poland today,” he said, a big grin on his face. “Today I’m happy.”

In Mariupol, Deputy Mayor Sergei Orlov said Thursday morning that Russian shelling had forced fleeing people to turn back – to dire living conditions he likened in an interview with the BBC to those of “ancient times,” without heat, water or sanitation.

In a city where two weeks ago residents gathered in cafes and restaurants and moved around freely, people were now collecting snow in subfreezing temperatures to melt for drinking water and scrounging for firewood to cook what food they had left.

Orlov said 1,207 people in Mariupol were killed in the first nine days of the war, some of whom were recently interred in a mass grave for lack of opportunity or resources to accord them more dignified burials. Because it has been hard to recover bodies, Orlov fears the real number of dead could be three times that figure.

Of the enemy’s ultimate goal, “now I think his final goal is to have Ukraine without Ukrainians,” Orlov said. “He’s not fighting with [the] Ukrainian army and Ukrainian troops; he’s fighting with civil society, with all Ukraine as a nation. ”

The International Committee of the Red Cross warned that the humanitarian situation in Mariupol has become “increasingly dire and desperate.” In an interview posted on the organization’s website, Sasha Volkov, a Red Cross representative, said that all shops and pharmacies were looted four to five days ago and people were running out of food and medical supplies.

“Some people still have food but I’m not sure how long it will last,” Volkov said. “People started to attack each other for food. People started to ruin someone’s car to take the gasoline out. ”

Bulos reported from Kyiv, Ukraine, Chu from London and Jarvie from Atlanta. Noah Bierman in Warsaw, Anumita Kaur in Washington and Arit John in Los Angeles contributed to this report. 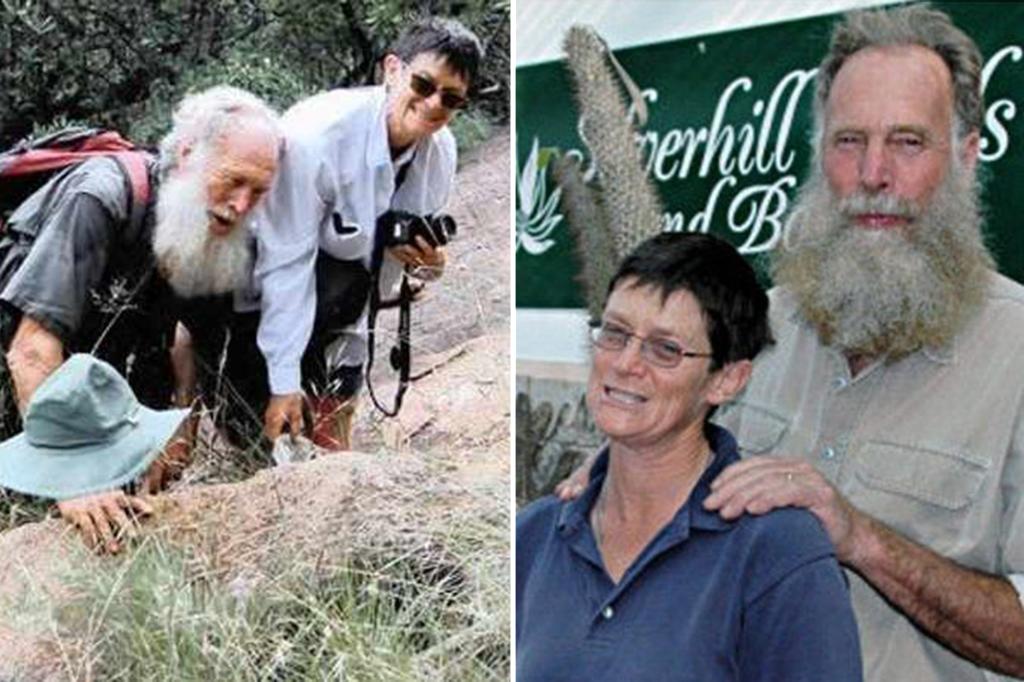