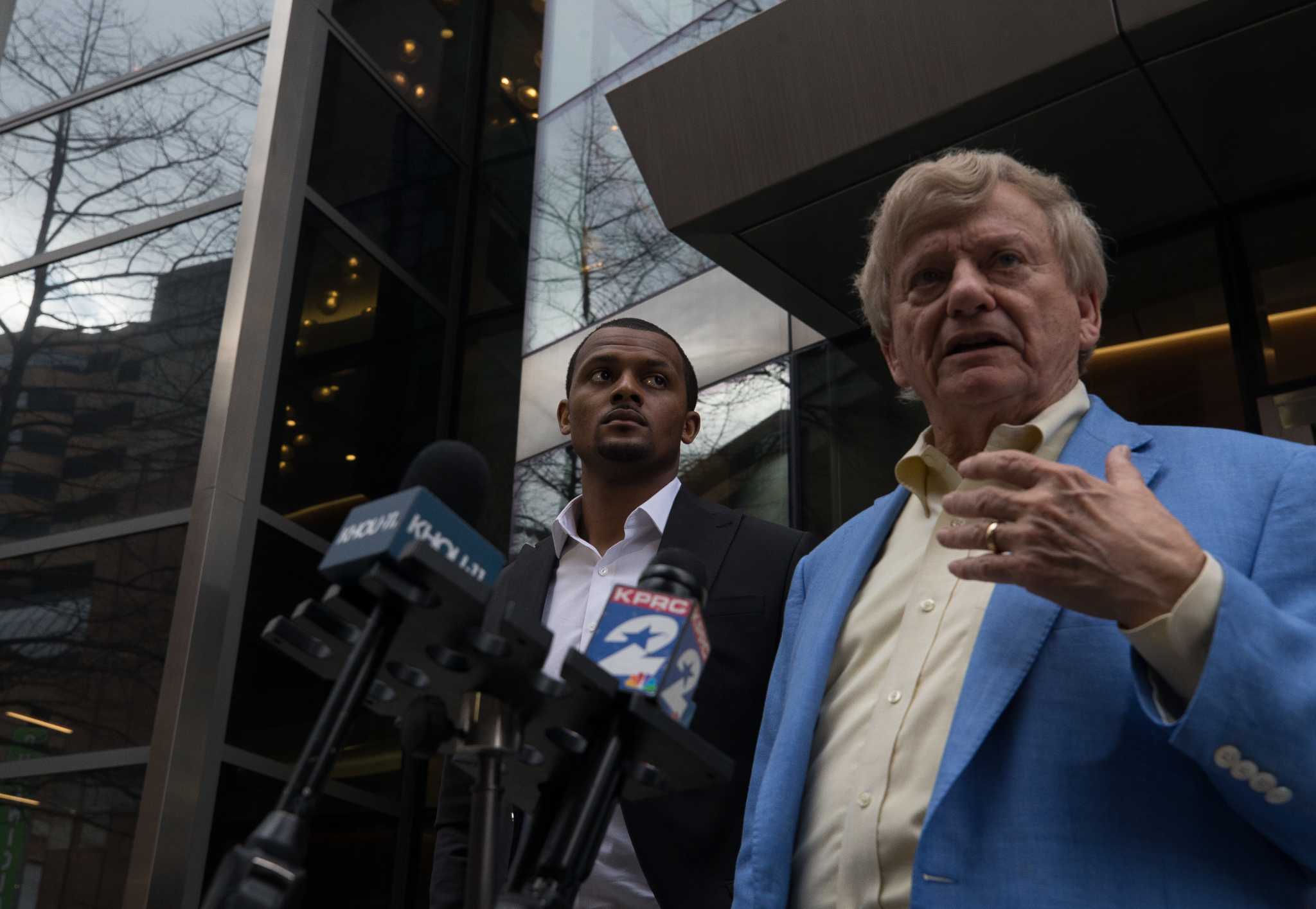 A Harris County grand jury on Friday declined to indict Texans quarterback Deshaun Watson, choosing not to criminally charge him in nine alleged instances of sexual assault or harassment during various private massage appointments, according to Johna Stallings of the Harris County District Attorney’s Office.

The decision came down the same day Watson was deposed in connection with two of the 22 civil lawsuits against him, which are separate legal matters. Watson declined to answer questions under oath, invoking his Fifth Amendment right to not incriminate himself during that proceeding, attorney Rusty Hardin said.

Neither of those cases in the deposition involved women who filed criminal cases against the quarterback, however. Tony Buzbee, who is representing the women who filed suit, said Friday he asked Watson several hundred questions over about three hours of depositions.

Watson, 26, has denied any wrongdoing.

After the grand jury’s decision was announced, Hardin said he is ready to move forward.

“We are delighted that the grand jury has looked at the matter thoroughly and reached the same conclusion we did,” Hardin said in a statement. “Deshaun Watson did not commit any crimes and is not guilty of any offenses.

“Now that the criminal investigations have been completed, we are happy to move forward with the civil case depositions. We will vigorously defend those cases with every ounce we have. There were no crimes here but there is a plaintiffs’ attorney churning up negative press and churning up his clients hoping for a pay day. These cases have been the product of a lawyer maximizing his own personal publicity at the expense of others, including his own clients, “Hardin added.

The women in the lawsuits accuse him of being a “serial predator,” following a pattern of singling out vulnerable massage therapists and assaulting them during sessions. The athlete set up most of the appointments himself after finding the women on social media and contacting them directly, they claimed.

Eight of the people who sued, plus two more separate from the lawsuits, filed police complaints that triggered the Houston Police Department’s criminal investigation into the quarterback. The NFL, which is conducting its own investigation, did not suspend Watson for the 2021 season. He remained on the Texans roster, worked out on his own, attended team meetings and was not among the 48 players chosen to dress for game days.

Several of the women who filed police reports were expected to be at the Harris County Criminal Justice Center on Friday and testify to the grand jury if called upon, Buzbee said.

Depending on the outcome of the litigation, the Texans may be able to trade their 2017 first-round pick to another NFL franchise. Watson has not played since issuing a trade demand following the 2020 season, before the allegations against him emerged.

More on the Deshaun Watson case