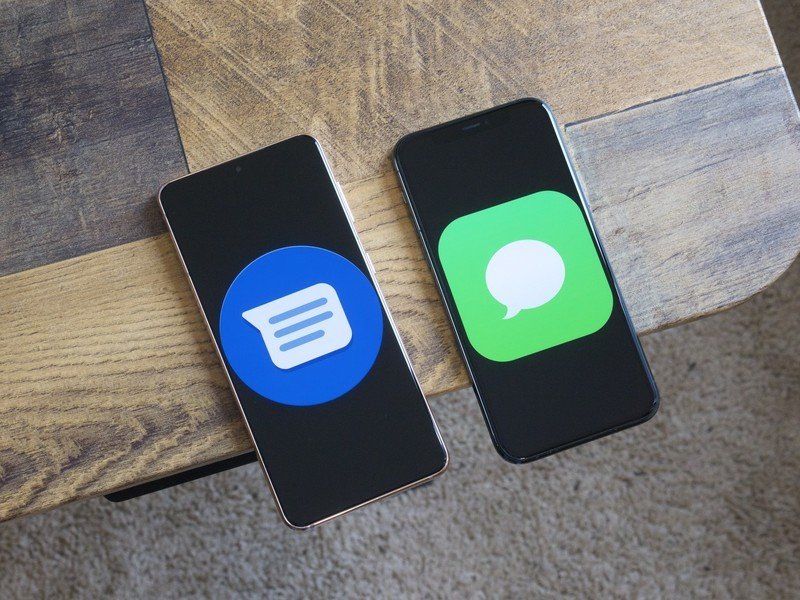 It’s no secret that Google has been working to fix those pesky iMessage reactions in the Messages app, where emoji reactions sent from iPhones were displayed as text descriptions. After beta testing support for iOS ‘Tapbacks last month, Google Messages now displays them properly for everyone.

The iOS-friendly reactions started rolling out to the public today, and they should be live on all of the best Android phones over the next few weeks. The new feature will arrive first on devices set to English, “with additional languages ​​to follow.”

With the latest update, Google plugs a major gap between Android and iOS users, meaning iMessage emojis will no longer appear as text on Messages. Previously, emoji reactions sent from an iPhone would be translated into text descriptions such as “liked an image,” for example, instead of an actual like button.

This was due to incompatibilities between the new RCS standard being embraced by Google and SMS, on which iPhones remain stuck at present.

Messages has also picked up a bunch of other feature updates and new capabilities. You can now sort your messages into personal and business tabs with an organized inbox, inspired by Gmail’s message categories. This helps you avoid missing important messages from your boss, for example.

To further reduce clutter in your conversation, Messages will now automatically remove one-time password messages after 24 hours. It was initially rolled out in India.

Messages will also “remind you to reply to messages you may have missed or need to follow-up on” with gentle nudges. And speaking of reminders, the app will also help you “remember to wish your friends a happy birthday,” assuming you’ve saved their birthday in your contacts app.

Google has also expanded the Emoji Kitchen “with over 2,000 new emoji mashups available as stickers” if you have set Gboard as your keyboard in Messages.

Messages’ new update also addresses the low quality of videos shared from an Android phone to an iPhone due to the lack of RCS support on iOS. Google’s solution is to integrate Google Photos into Messages.

“You can send your videos as Google Photos links right inside the conversation, preserving their clarity,” Jan Jedrzejowicz, group product manager for Messages and Phone by Google, wrote in a blog post. “Coming soon, you’ll be able to send your photos this way, too.”

Google used the announcement to take a swipe at Apple for its lack of RCS support.

“We encourage Apple to join the rest of the mobile industry and adopt RCS so that we can make messaging better and more secure, no matter what device you choose,” the search giant said.

The Google Pixel 6 features the company’s in-house Tensor Processor, which adds a slew of new AI features to an already impressive device. This includes the Magic Eraser feature and a faster Google Assistant to assist you in getting more done.