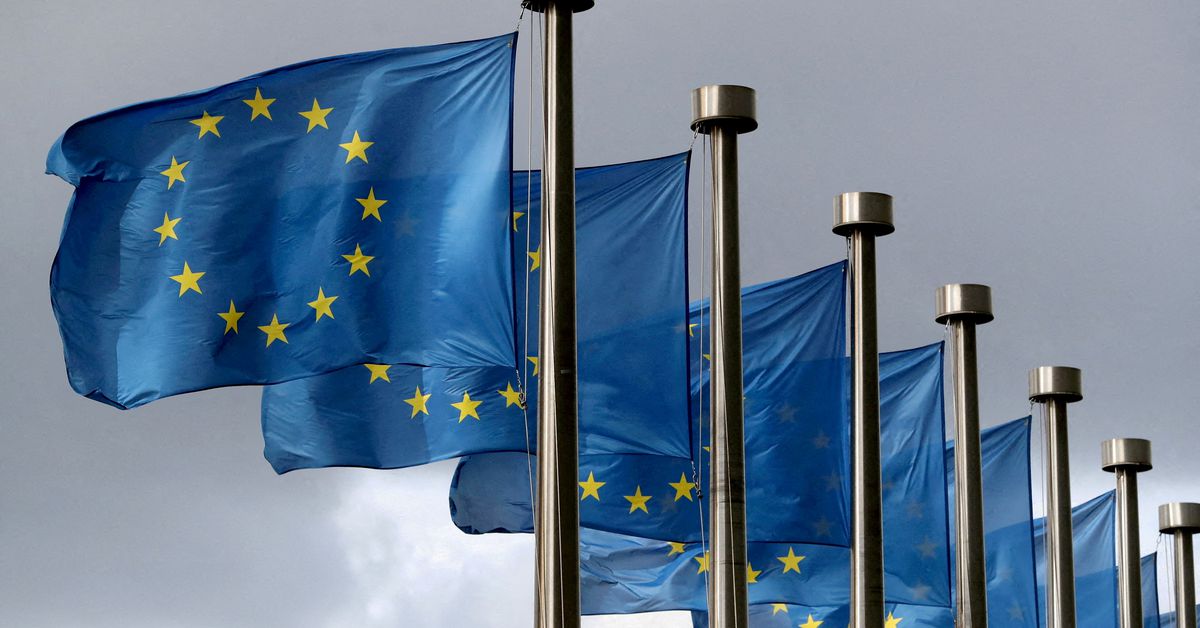 BRUSSELS, March 11 (Reuters) – The European Union will suspend Moscow’s privileged trade and economic treatment, crack down on its use of crypto-assets and ban exports to Russia of EU luxury goods and imports of iron and steel goods, the head of the European Commission said on Friday.

The measures amount to a fourth set of sanctions against Russia over its invasion last month of Ukraine, coordinated with the United States and other G7 allies.

“Tomorrow, we will take a fourth package of measures to further isolate Russia and drain the resources it uses to finance this barbaric war,” European Commission President Ursula von der Leyen said.

Along with other Western allies, including the United States, the bloc will revoke Russia’s “most-favored nation” trade status. This would open the door to the bloc banning or imposing punitive tariffs on Russian goods and putting Russia on a par with North Korea or Iran. read more

As a first step, the EU will prohibit imports of iron and steel sector goods.

Von der Leyen said in a statement that the EU was working to suspend Russia’s membership rights of leading multilateral institutions, including the International Monetary Fund and the World Bank.

G7 allies will seek next week to coordinate targeting of Putin’s “cronies” and will strive to ensure Russia and its elites cannot use crypto-assets to circumvent sanctions.

The EU’s top diplomat Josep Borrell added later that he was putting forward proposals for the blacklisting of more Russian oligarchs, businessmen and companies. The EU has already hit dozens with travel bans and asset freezes.

New sanctions would hit people active in the steel industry, Borrell said, and others who provide financial services, military products and technology to the Russian state.

“With these sanctions, we will continue going after the oligarchs, the regime-affiliated elites, their families and prominent business people, who are involved in economic sectors providing a substantial source of revenue to the regime,” Borrell said without clarifying when the new listings could be adopted.

EU officials declined to comment on whether Chelsea football club owner Roman Abramovich was among the people who could be listed. Britain froze his assets on Thursday.

The European Union specifically will ban exports to Russia of EU luxury goods, designed as a blow to Russia’s elites.

“This ban will cover all investments, technology transfers, financial services, etc. for energy exploration and production – and thus have a big impact on Putin,” von der Leyen said.

EU goods imports from Russia totalled 145 billion euros ($ 158.7 billion) in 2019, according to EU statistics office Eurostat, of which 101 billion euros was for oil and gas.