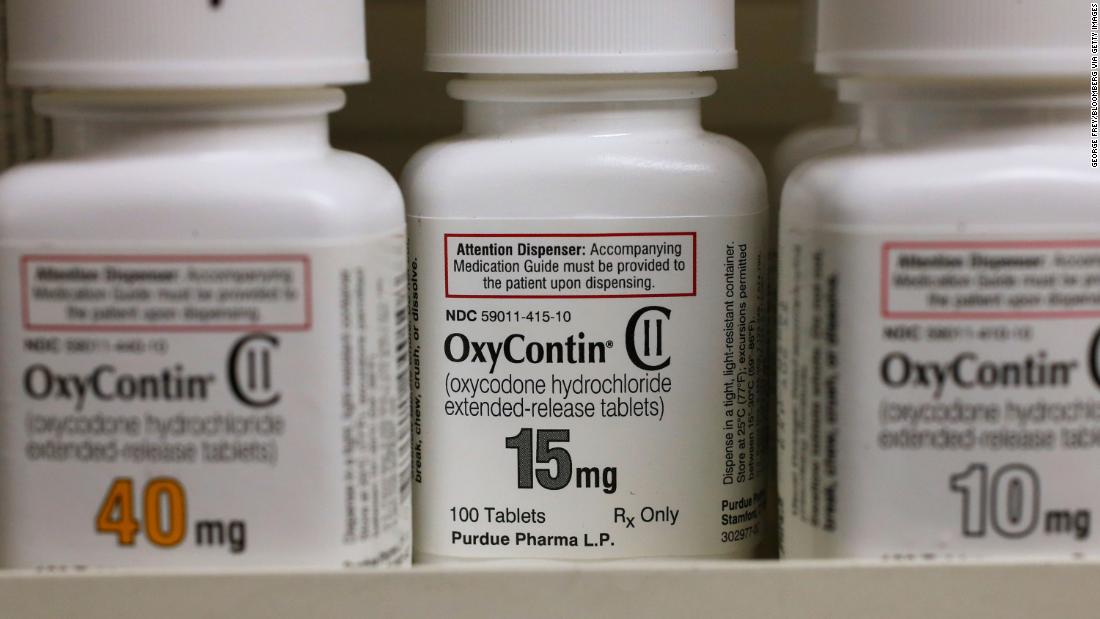 The emotional hearing came one day after a US bankruptcy judge approved a settlement that requires Purdue Pharma and the Sackler families to pay out as much as $ 6 billion to states, individual claimants and for opioid crisis abatement.

“I’m outraged that you have not owned up to the crisis that you’ve created,” said Kay Scarpone, whose son, Joseph Scarpone, a former Marine, was lost to addiction when he was 25.

The 26 speakers at the Zoom hearing came from 19 states, attorney Arik Preis said in court.

“You will be judged by greater powers than this justice system and this bankruptcy court,” said Ryan Hampton, who has been in recovery from a decade-long opioid addiction.

“No matter how much money you pay in a settlement or how many millions your family has spent on their reputation, the legacy of the Sackler family can never be changed. You will be remembered as what you are for destroying generations of promise.”

Kristy Nelson played a recording of the harrowing 911 call she made when she found her son dead in his room after an overdose in 2009.

Nelson called Dr. Richard Sackler – who was a director, co-chairman and president of Purdue Pharma at times between 1990 through 2018 – the scum of the earth.

“You and your family are no better than the heroin dealers on the street corner. The only difference is you wear a suit and tie, and deal your heroin in a pill from your fancy high-rise offices or your mansions throughout the world,” Nelson said.

Wendy Olsen, a Wisconsin resident, spoke about her elderly father’s addiction to Oxycontin after surgery at a hospital – an addiction he’s struggled to shake despite being a medical doctor and a retired US Army veteran.

“It’s important to me that our testimonial becomes public knowledge to emphasize the fact that this evil pill conquered not only a U.S. Army veteran, but a medical doctor who was woefully unarmed to protect himself,” Olsen said.

“He is proud to tell me just yesterday that the drug reps tried pushing Oxycontin on his pediatric practice in the 90s. But he refused. At least then he refused. That is how wicked and powerful your products’ hold was … Sackler ( family), on each one of us, no matter what status, class or rank. “

“How many grandkids do you know have dealt with a beloved grandparent in withdrawal?” he asked.

Members of the Sackler families were required to attend the virtual hearing. They were not allowed to respond when sometimes angry and tearful families spoke of shattered lives, suicides, careers lost, and the haunting cry of a newborn in withdrawal.

When the hearing started Thursday morning, the judge affirmed that David Sackler and Theresa Sackler were on the video conference, with Richard Sackler on the phone and watching the video.

The new agreement, reached earlier this month after eight states and the District of Columbia appealed a previous deal, does not provide protection to the Sackler families from any criminal liability.
“No settlement will ever come close to addressing the magnitude of suffering and harm caused by Purdue and the Sackler family,” Connecticut Attorney General William Tong said in a statement Wednesday.

“But in reaching this $ 6 billion settlement we recognized that we could not stall this process forever for victims and our sister states.”

Tong said Thursday’s hearing will give “victims and survivors the opportunity to speak directly to the Sacklers and share the damage and destruction they have caused.”

“We are not done fighting for justice against the addiction industry,” Tong said.

As part of the deal, the Sackler families will allow any institution or organization nationwide to remove the Sackler name from physical facilities and academic, medical, and cultural programs, scholarships and endowments as long as the Sacklers are notified first and public statements announcing the name removal do not “disparage” the family.

In a pre-drafted statement, the Sackler families said they were “pleased to have reached a settlement with additional states that will allow very substantial additional resources to reach people and communities in need.”

“The families have consistently affirmed that settlement is by far the best way to help solve a serious and complex public health crisis. While the families have acted lawfully in all respects, they sincerely regret that OxyContin, a prescription medicine that continues to help people suffering from chronic pain, unexpectedly became part of an opioid crisis that has brought grief and loss to far too many families and communities, “it added.

In a statement to CNN last week, Purdue Pharma also said they were pleased with the settlement.

US Bankruptcy Judge Robert Drain tentatively approved a $ 6 billion settlement reached last week between Purdue Pharma and the Sackler families with eight states and the District of Columbia.

This is an incremental step but there is no set end date for Purdue Pharma’s bankruptcy case.

The ultimate resolution is contingent on the conclusion of the case that still hinges largely on a fight over broad liability protection for the Sacklers and entities related to the Sacklers and Purdue Pharma included in the last version of the reorganization plan overturned by a judge. That issue and others still need to be litigated.

CLARIFICATION: This story has been updated to make clear that Sackler family members could still be subject to criminal liability.