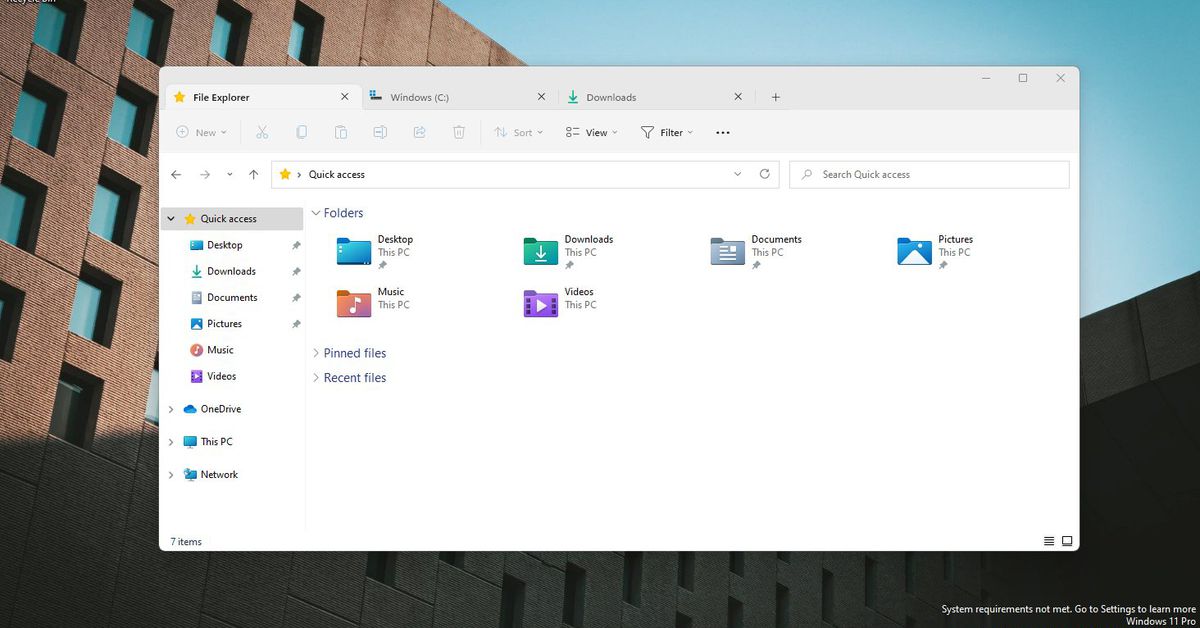 The addition of tabs to File Explorer in Windows 11 allows for multiple folders to be open in one window. Microsoft first started testing tabs in Windows 10 apps, under a feature named Sets. This included support for tabs inside File Explorer and tabs in every Windows app, but Microsoft canceled the project and never shipped it to Windows 10 users.

Microsoft does not appear to be overhauling its File Explorer interface as part of this tab support, though. The Windows File Explorer has existed in the operating system since Windows 95, and a variety of designers have created concepts to try and improve and modernize it in recent years.

While Microsoft has made some improvements to File Explorer in Windows 11, a developer has gone even further and created a new File Explorer app. Files, an app available from the Windows store, already supports tabs and includes themes and other modern features.

We’re now waiting on Microsoft to officially announce tabs for File Explorer. Windows Insider chief Amanda Langowski said last month that the company would “only communicate about features that we are purposefully enabling for insiders to try out and give feedback on.” Since tabs is a highly requested feature for File Explorer, we’d expect to hear an official Microsoft announcement soon.