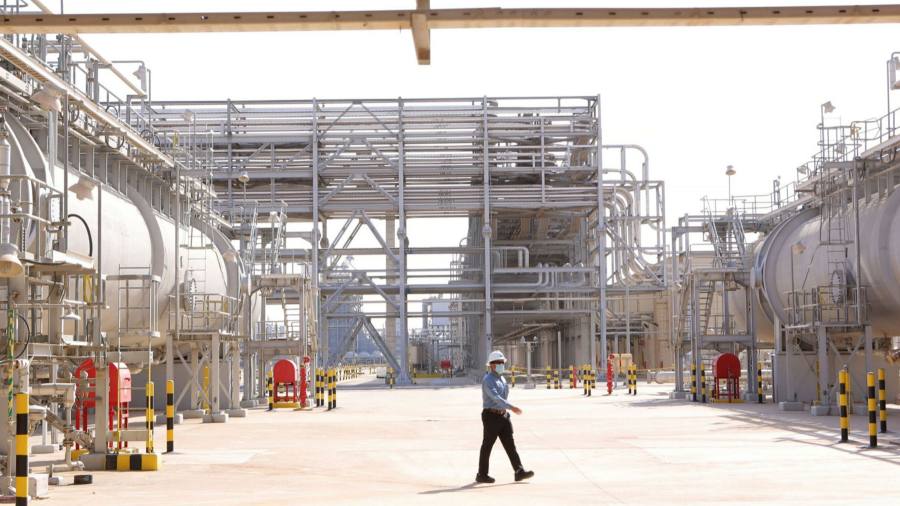 The United Arab Emirates will encourage fellow Opec members to increase oil production as Russia’s invasion of Ukraine has driven crude prices to their highest levels in more than a decade, a senior official said.

The UAE is the first Opec member to call on the alliance to boost its production since Vladimir Putin, president of Russia, triggered a global crisis by ordering his troops into Ukraine two weeks ago.

Yousef al-Otaiba, the UAE’s ambassador to Washington, said in a statement to the Financial Times: “We favor production increases and will be encouraging Opec to consider higher production levels.”

“The UAE has been a reliable and responsible supplier of energy to global markets for more than 50 years and believes that stability in energy markets is critical to the global economy,” he added.

The Emirati ambassador’s statement came a day after US President Joe Biden imposed an immediate ban on imports of Russian crude, sparking fears that other countries would follow in blocking Russian energy flows.

The Biden administration has for weeks been pressing oil producers to increase their output to help reduce prices. But the Opec + alliance, which includes Russia, has declined to go beyond a plan agreed last year to increase production each month by 400,000 barrels a day.

Brent crude, the international benchmark, traded as high as $ 131.64 a barrel on Wednesday, but pulled back sharply to about $ 111 following the comments from the UAE. Iraq also indicated on Wednesday that it was prepared to increase output if required.

The UAE is a close ally of Saudi Arabia, the de facto leader of Opec, which has resisted US calls to raise production. However, last year Abu Dhabi became embroiled in a dispute with Riyadh over output quotas.

It was not immediately clear if the UAE had co-ordinated with Saudi Arabia on its plans to encourage Opec to increase production.

But Abu Dhabi’s position will be welcomed by the Biden administration, which is concerned about rising prices at American petrol pumps and the impact of soaring energy costs on the global economy.

Analysts caution that there is little spare production capacity globally, with only Saudi Arabia able to significantly raise output, and the UAE to a lesser degree. They add that even a co-ordinated move might have limited impact.

“They know there is not enough spare capacity to fill a Russia-sized hole,” said Amrita Sen, at Energy Aspects. She added it was not surprising that the UAE was the first Opec member to voice support for increasing production, as it had previously indicated it would like to raise its exports.

Some Opec members, including Nigeria, Angola and Malaysia, have consistently failed to meet their production quotas since the most recent Opec + agreement was reached last year.

By January the group’s total production was 900,000 b / d below its target, according to the International Energy Agency.

Mohammed Barkindo, Opec’s secretary-general, warned this week that there was “no capacity in the world at the moment that can replace 7mn barrels [a day] of exports ”from Russia.

Gulf states have been careful to tread a neutral line on Russia’s invasion of Ukraine, partly because they co-operate in Opec + on agreed levels of production in a more than five-year alliance that was intended to keep oil prices at sustainable levels.

The UAE is considered one of the US’s most important Arab partners, but relations between Abu Dhabi and Washington have been increasingly strained in recent weeks.

The Gulf state, which took up a temporary seat on the UN Security Council this year, ranked American policymakers by abstaining on a US resolution condemning Russia’s invasion of Ukraine.

The abstention reflected Abu Dhabi’s mounting frustration with the Biden administration, particularly what Emirati officials perceive to be Washington’s timid response to attacks on the UAE by Iranian-backed rebels in Yemen.

The US has deployed additional military assets to the UAE, which is part of a Saudi-led coalition that intervened in Yemen’s civil war in 2015 to fight the Iran-allied Houthis. But Abu Dhabi wants Washington to designate the Houthis a terrorist organization and impose tougher sanctions on the Yemeni group.

The Biden administration has been reluctant to do so amid warnings that such a move would exacerbate Yemen’s humanitarian crisis.

The UAE is also concerned about the prospects of the Biden administration sealing a deal with Iran to revive the 2015 nuclear agreement, fearing it will embolden the Islamic republic and its proxies.

Otaiba, who is one of the most influential Emirati officials, said last week that the UAE and the US were “going through a stress test but I’m confident that we will get out of it and get to a better place”.

Helima Croft, a managing director at RBC Capital Markets and a former CIA analyst, said the US still needed to offer something to Saudi Arabia if it wanted to secure the world’s top oil exporter’s help in driving down oil prices.

“What is in the US offer letter to Saudi Arabia to get them to essentially walk away from the Opec + arrangement?”

Relations between Riyadh and Washington have been strained since Biden took office. The president has criticized the kingdom over human rights abuses, including the 2018 murder of Jamal Khashoggi by Saudi agents, and promised to reassess relations with Saudi Arabia, and to not engage with Crown Prince Mohammed bin Salman, the day-to-day ruler.

Treasury warns digital assets could threaten the stability of the economy