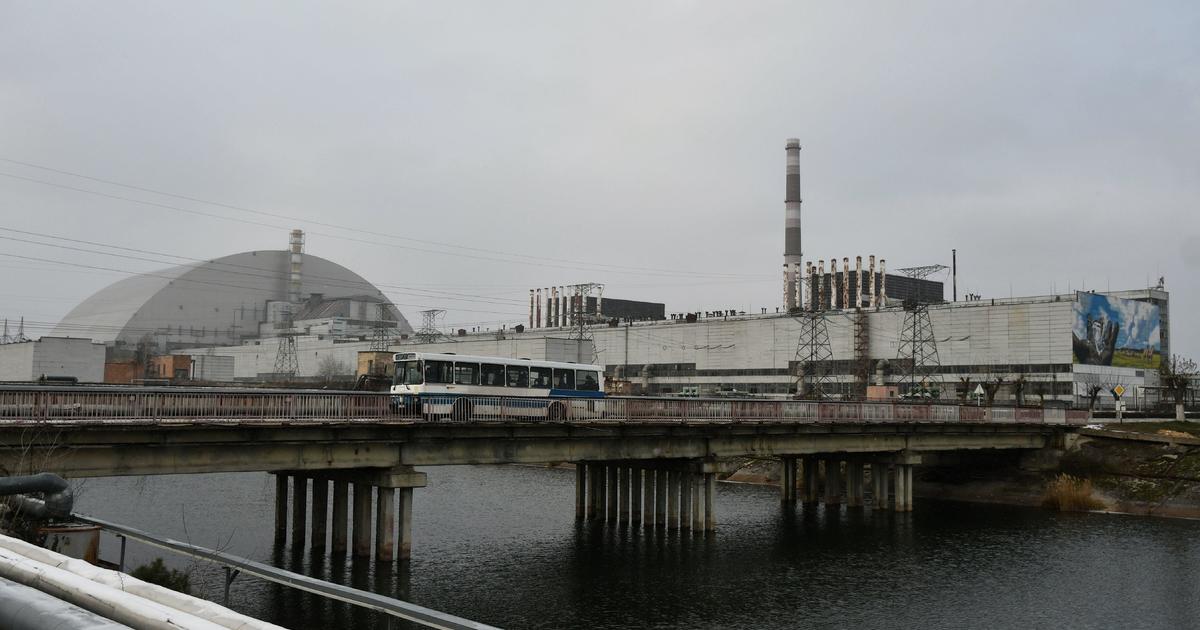 The power supply was cut to the Chernobyl nuclear power plant on Wednesday, Ukrainian authorities said, blaming Russia’s invading forces for the blackout and warning that it could lead to “nuclear discharge.”

The UN-backed global nuclear watchdog agency, the IAEA, downplayed concerns of an imminent radioactive release, but a Ukrainian national emergency services agency said if power to the plant’s cooling systems – which keep spent nuclear fuel safely surrounded by water – is not ensured, it could create a “radioactive cloud” to blow over “other regions of Ukraine, Belarus, Russia and Europe.”

The Chernobyl power plant, the site of the world’s worst nuclear disaster in 1986“was fully disconnected from the power grid,” Ukraine‘s national energy operator Ukrenergo said Wednesday in a statement on its Facebook page, adding that military operations meant there was “no possibility to restore the lines.”

Radioactive substances could be released from the plant if it is unable to cool spent nuclear fuel, Energoatom, the state-run company that operates all of Ukraine’s nuclear power plants, said according to the Reuters news agency.

Speaking to the BBC on Wednesday, Ukraine’s Minister for Energy Herman Halushchenko, said authorities in Kyiv could not confirm anything about the status of the Chernobyl facility due to the monitoring systems being down. He stressed that the power supply needed to be fixed “as quickly as we can,” but added that Chernobyl, like all Ukrainian nuclear plants, has a system of diesel generators designed to run essential systems in the event of electricity cuts.

“It has possibility to maintain for several days using the diesel generators,” Halushchenko told the BBC.

He said the backup generators may only work for 48 hours.

“After that, cooling systems of the storage facility for spent nuclear fuel will stop, making radiation leaks imminent,” Kuleba said in a series of tweets. “Putin’s barbaric war puts entire Europe in danger. He must stop it immediately!”

Rafael Mariano Grossi, head of the International Atomic Energy Agency, said earlier Wednesday that “remote data transmission from safeguards monitoring systems” at the Chernobyl plant “had been lost,” and that the global nuclear watchdog agency was “looking into the status” of monitoring systems in other locations in Ukraine.

But the IAEA played down immediate concerns of a possible radioactive egress at Chernobyl on Wednesday, saying it saw “no critical impact on safety” at the plant and pointing to a report released by the agency on March 3 that said: “Due to time elapsed since the 1986 Chornobyl accident, the heat load of the spent fuel storage pool and the volume of cooling water contained in the pool is sufficient to maintain effective heat removal without the need for electrical supply. “

That report also noted the backup generators, “should there be a total loss of power.”

Russian forces quickly seized the Chernobyl site after launching their invasion on February 24. Ukrainian officials have said the team of plant operators who ensure safe operations at the decommissioned facility were still trying to carry out their work this week, but under the orders of Russian troops .

Russia has since captured another of Ukraine’s nuclear power plants – a fully functioning one and the largest in Europe.

Tucker Reals is the CBSNews.com foreign editor, based at the CBS News London bureau.