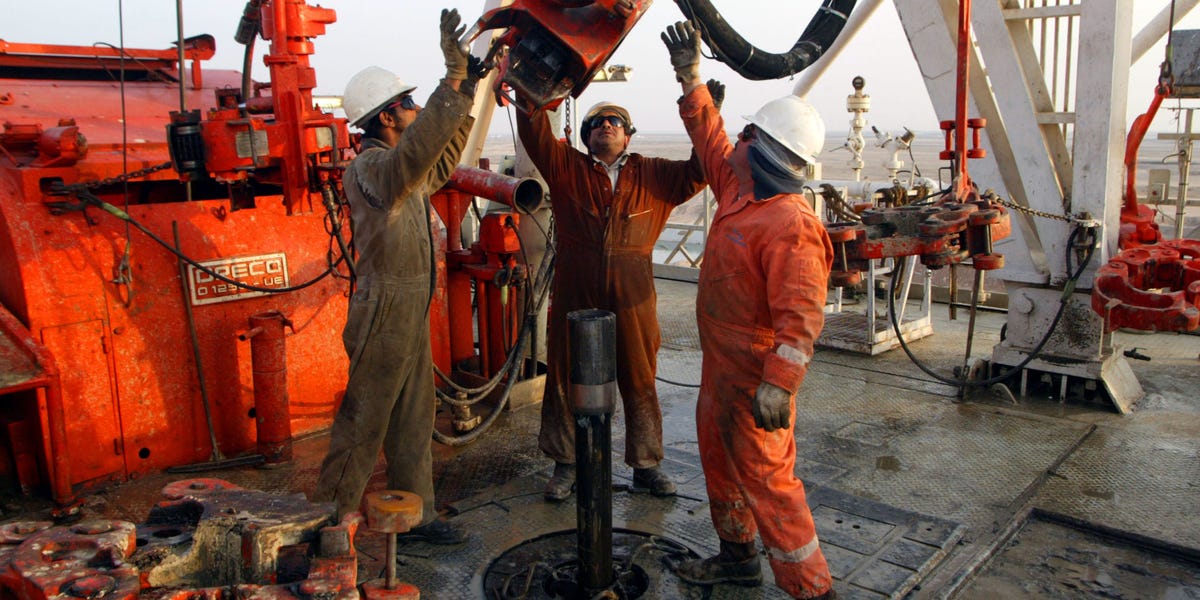 Oil climbed more than 5% on Thursday after OPEC member UAE seemed to back down from an earlier message that it would call on its fellow alliance members to boost crude output faster.

Oil prices initially fell as much as 17% Wednesday after the UAE’s ambassador to Washington, Yousuf Al Otaiba, said the country was supportive of boosting output.

“We favor production increases and will be encouraging OPEC to consider higher production levels,” Al Otaiba said in a statement posted by the embassy.

But just hours later, UAE energy minister Suhail Al-Mazrouei appeared to tone down that message on Twitter, saying the country stands with the OPEC + agreement that’s already in place.

“The UAE is committed to the OPEC + agreement and its existing monthly production adjustment mechanism,” he said said in a tweet.

But a calm of sorts descended after UAE said it was minded to encourage other members to pump more oil to relieve the super-high prices, and provide more stability to the global economy, Susannah Streeter, markets analyst at Hargreaves Lansdown, said.

US Secretary of State Anthony Blinken welcomed the move, saying it was “an important thing to stabilize global energy markets, to make sure there remains an abundant supply of energy around the world.”

President Joe Biden has pointed out that oil and gas companies are profiting off soaring energy prices, and has pledged to take active steps to bring down the cost. He announced a ban on Russian oil imports Tuesday, but acknowledged that not every European country would join in a blanket ban.

The UAE had not discussed the matter with other alliance members before making Wednesday’s statement, Bloomberg reported, citing a source.

It’s more than likely that the UAE ambassador’s proposal would have sparked tensions, because the wider alliance has indicated it does not want to boost output any faster. At its last meeting lasting just 13 minutes earlier this month, OPEC members decided to stick to their plan to add 400,000 barrels of crude oil production in April.

They made no mention of Russia’s war in Ukraine, a key driver behind recent skyrocketing oil prices.

“We think that the increases that OPEC + has are enough to meet demand,” he said. “Additional releases could actually harm the market.”

Any proposal by OPEC to increase production could be seen as a way to help Western countries in their efforts to reduce reliance on Russian oil.