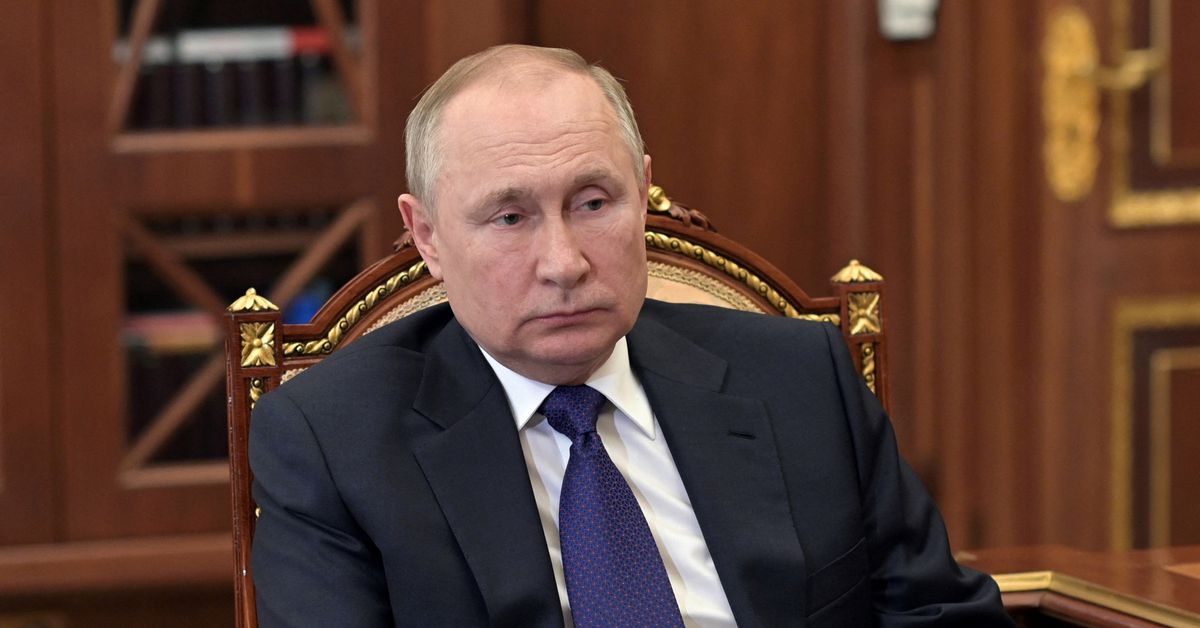 LONDON, March 9 (Reuters) – British foreign minister Liz Truss will call on the West on Thursday to get tougher with Russian President Vladimir Putin for shattering “the architecture of global security” over Ukraine and to tighten “the vice” of sanctions.

On the second day of a trip to the United States, Truss will tell an audience at the Atlantic Council think tank that after Russia’s invasion of Ukraine, the West must never again “allow such aggression to grow unchecked”.

“We must rise to this moment. We must pledge that never again will we allow such aggression to grow unchecked. That means acting now. It means being tough – because we know that the costs will only rise if we do not,” Truss will say, according to excerpts of her speech provided by her office.

She will say Putin had assaulted “the rules by which we coexist – sovereignty, democracy, the UN Charter. He has shattered the architecture of global security.”

“If we let Putin’s expansionism go unchallenged it would send a dangerous message to would-be aggressors and authoritarians around the world,” she will say, describing the invasion of Ukraine as “a paradigm shift on the scale of 9/11”.

Britain, which has sought to play a central role in the international response to the invasion, has been mostly in lock-step with the United States, matching many of the measures taken by Washington since Russian troops entered Ukraine almost two weeks ago.

Russia launched its invasion of Ukraine on Feb. 24, calling it a “special operation” to demilitarize Ukraine and capture dangerous nationalists. Western countries call this a baseless pretext for an invasion that has raised fears of wider conflict in Europe, and have introduced tough sanctions in response.

London has imposed sanctions on individuals and entities, promised to phase out Russian oil imports and banned Russian companies from raising debt and equity in its financial center.

But the British government has been criticized for moving too slowly on sanctioning individuals, a process which it says will speed up once a new law takes effect.

Truss is expected to call on countries “to ramp up the global pressure on Putin”.

“We must go further on sanctions to keep tightening the vice – We want a situation where they can not access their funds, they can not clear their payments, their trade can not flow, their ships can not dock and their planes can not land. “