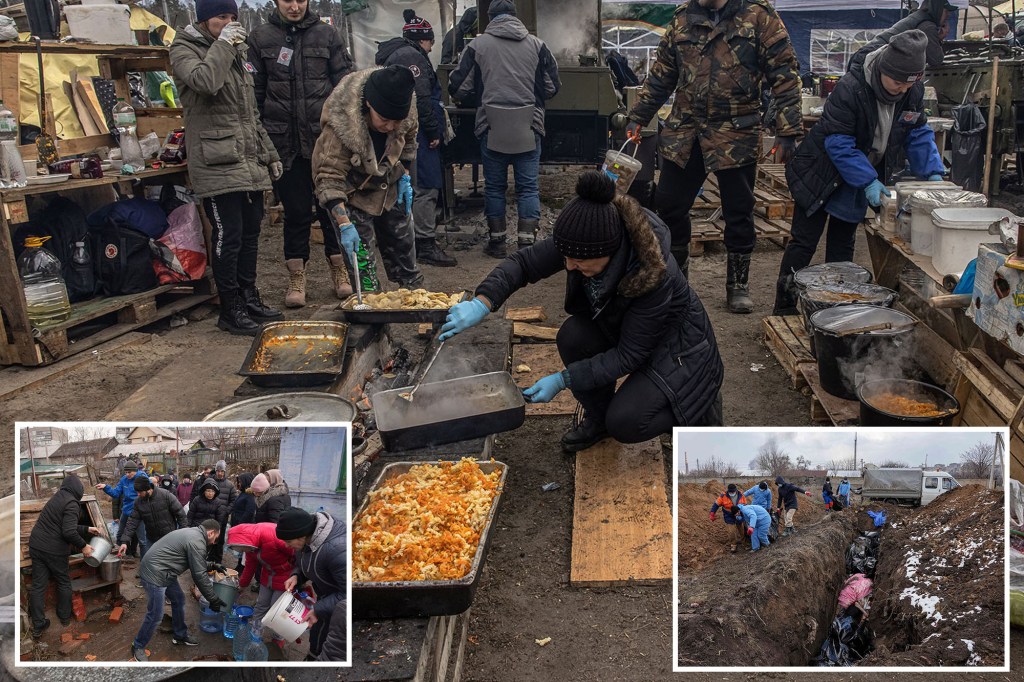 Desperate Ukrainians have started attacking each other for food and looting pharmacies in the besieged port of Mariupol as the situation there becomes “increasingly dire,” a Red Cross official warned Thursday.

Sasha Volkov, who is deputy head of the Red Cross delegation in Mariupol and is among those seeking shelter, painted a grim picture of what was unfolding amid the endless shelling attacks from Russian forces.

“All the shops and pharmacies were looted four to five days ago,” Volkov said in a three-minute voice message sent to his colleagues via a satellite phone.

“Some people still have food but I’m not sure how long it will last. Many people report having no food for children.

Volkov said that “some sort of a black market with vegetables” had emerged in Mariupol, “but you can not find meat or something like this.”

While city officials have been trying to deliver bottled water to central areas of the city, Volkov said it was not sufficient to meet the needs of residents.

Gas and water supplies have been cut off since last week when Russian forces first unleashed on the city.

“We still have some storage of potable water,” Volkov said. “When we run out of stock, we will boil water from the stream. So we have comparatively good compared to others. ”

He is sheltering with about 60 people, including his family, in his office building. Young children and their mothers have been given priority to sleep in the basement amid the constant bombing attacks.

“It’s really cold. We still have some fuel for generators so we have electricity for three to four hours a day, ”Volkov said.

“We have started to get sick, many of us, because of the humidity and cold that we have. We tried to achieve hygiene standards as much as possible but not always actually possible. ”

He added: “People report varying needs in medicine. Especially for diabetes and cancer patients. But there is no way to find it anymore in the city. ”

Russian forces bombed a Mariupol maternity hospital on Wednesday in the latest deadly attack on the city.

Officials have started burying bodies in mass graves just to clear them off the streets.