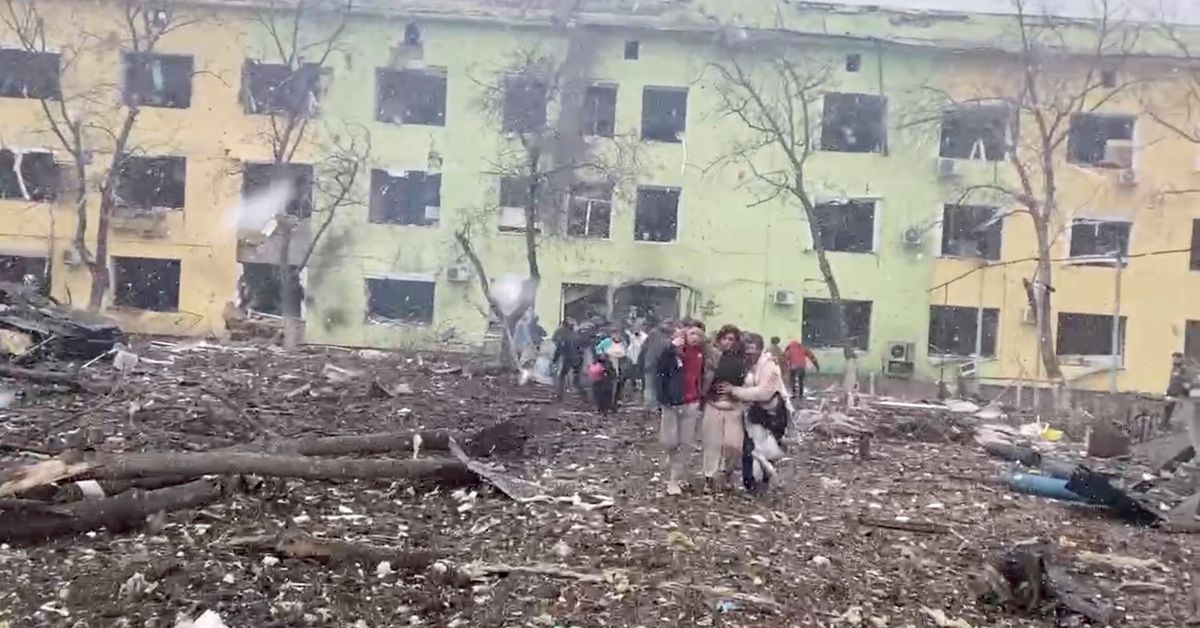 A person is carried out after the destruction of Mariupol children’s hospital as Russia’s invasion of Ukraine continues, in Mariupol, Ukraine, March 9, 2022 in this still image from a handout video obtained by Reuters. Ukraine Military / Handout via REUTERS

LONDON, March 10 (Reuters) – Russia on Thursday shifted its stance over the bombing of a Ukrainian hospital in the city of Mariupol, with a mix of statements that veered between aggressive denials and a call to establish clear facts.

Ukrainian’s president on Wednesday accused Russia of carrying out genocide after officials said Russian aircraft had bombed the hospital, burying patients in rubble despite a ceasefire deal for people to flee the besieged city.

On Thursday he said the Kremlin would look into the incident.

“We will definitely ask our military, because you and I do not have clear information about what happened there,” Peskov told reporters. “And the military are very likely to provide some information.”

Dmitry Polyanskiy, Russia’s first deputy permanent representative to the United Nations, went further, saying the building that was hit was a former maternity hospital that had been taken over by Ukrainian troops.

“That’s how fake news is born,” he said, adding that Russia had warned on March 7 that the hospital had been turned into a military object from which Ukrainians were firing.

The contrasting tone and content of the statements were unusual for Russian officials, who since the start of Russia’s invasion on Feb. 24 have maintained tight unity and consistency in their messaging.

Moscow says it is conducting a special military operation to demilitarize and “denazify” Ukraine. Kyiv and the West reject these as false pretexts for an invasion of a democratic country of 44 million people.