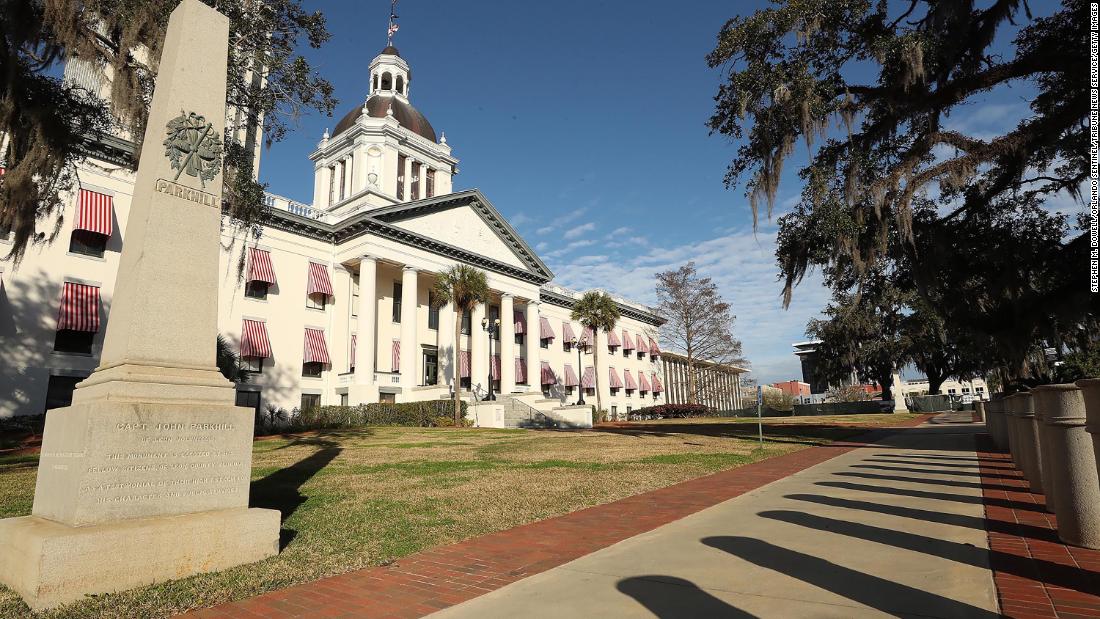 The bill, which passed the GOP-controlled state Senate by a vote of 24-15, would also prohibit instruction that says certain races or sexes are privileged or oppressed. The legislation previously passed the state House 74-41 and now heads to DeSantis’ desk, where he is expected to sign it.

The crackdown on certain teachings about race in Florida is part of a national effort by Republicans to remove critical race theory from school curricula, even where it does not exist. The movement has mobilized conservative parents and voters and has turned schools into the front lines of a national cultural war leading up to the 2022 midterms.

DeSantis, who faces reelection this year and is a potential future presidential candidate, has led that charge. Last year, his administration banned critical race theory from K-12 schools. And in December, he called on lawmakers to extend the prohibition to all public schools, including colleges, and the workplace, in a proposal he named the Stop the Wrongs to Our Kids and Employees (WOKE) Act.

“We must protect Florida workers against the hostile work environment that is created when large corporations force their employees to endure CRT-inspired ‘training’ and indoctrination,” DeSantis said at the time.

The legislation does not specifically mention critical race theory, which acknowledges that racism is both systemic and institutional in American society and has benefited White people and oppressed Black and brown Americans. A bill analysis by state Senate staff, however, highlights the teaching of critical race theory as something that would be prohibited under the legislation.

“No one is teaching critical race theory,” state Sen. Audrey Gibson, a Black Democrat from Jacksonville, said during Thursday’s debate. “This is a bill in search of a problem that we do not have.”

“This is politically driven,” she added. “This is designed to create division.”

On Wednesday, Democratic lawmakers spent hours questioning the bill’s Republican sponsor, state Sen. Manny Díaz Jr., over what instruction would be allowed. They repeatedly asked Díaz for real world examples in Florida of where teachers or employers were indoctrinating people; he had little to provide.

The bill previously said instruction cannot make people feel “discomfort” for their race or sex, which drew widespread concern that it could lead to schools desensitizing historical events such as Jim Crow, the internment of Japanese Americans during World War II or the Stonewall riots. However, that language was changed to now prohibit instruction that someone “must feel guilt, anguish, or other forms of psychological distress” for their race or sex.

The legislation headed to DeSantis attempts to make clear that schools can teach about slavery and the history of racial segregation and discrimination in an “age-appropriate manner” but the instruction cannot “indoctrinate or persuade students to a particular point of view.”

“If you tell a student in the classroom that because he’s a male, he is responsible for any sexist laws or actions that have been taken in the past, that is a violation of this bill,” Díaz said Wednesday when questioned about the bill. “If you tell a White student that they are responsible for slavery, that’s a violation of this bill. It does not preclude you from covering the topic, giving your perspective, doing everything that needs to be done to educate these students, but it does not give you the right as a teacher to impose that on to a student. Parents should not accept that and we should not. ”

DeSantis had urged legislators to give parents the right to sue school districts that violate the policy. However, that was not included in the bill.

Amy Simonson contributed to this report.