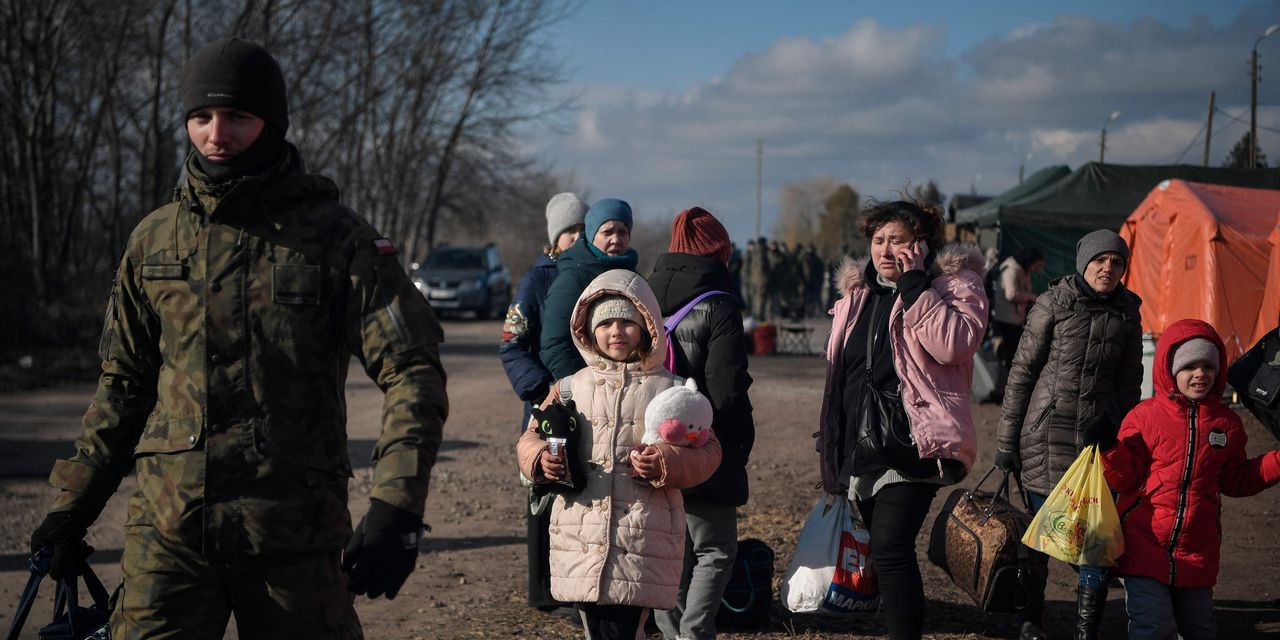 US stocks fell Thursday, as investors weighed up surging US consumer price inflation, a hawkish tilt from the European Central Bank, and stalled Russia-Ukraine negotiations.

How are stock-index futures trading?

Stocks were handing back a chunk of Wednesday’s strong rebound, as data showed US February consumer prices rose to 7.9%, a 40-year high, with some seeing more inflation to come due to the Russia-Ukraine war. In other data, weekly US jobless benefit claims edged up 11,000 to 227,000.

“Overall, the data probably does not change the objective of the Fed as the need to move policy rates off zero has been apparent for some time,” Ripley said.

Wednesday’s stock market rally was aided by falling oil prices and optimism over Ukraine-Russia negotiations, however US crude futures CL00,

High-level negotiations in Turkey between Russia and Ukraine foreign ministers earlier on Thursday failed to make progress as Russian forces continued to lay siege to major Ukraine cities, including a deadly attack on a maternity hospital in Mariupol.

Pressure on central bankers was also evident on Thursday, with the European Central Bank leaving key interest rates unchanged, but announcing plans to speed up its asset-purchasing program exit, as it described Russia’s invasion of Ukraine a “watershed moment.”

“The Russian invasion of Ukraine will negatively affect the euro-area economy,” said ECB President Christine Lagarde, in a press conference.

Also ahead Thursday is data on US real household wealth and nonfinancial debt for the fourth quarter, due at 1 pm Eastern, and the Federal budget deficit at 2 pm Eastern.

How are other assets trading?