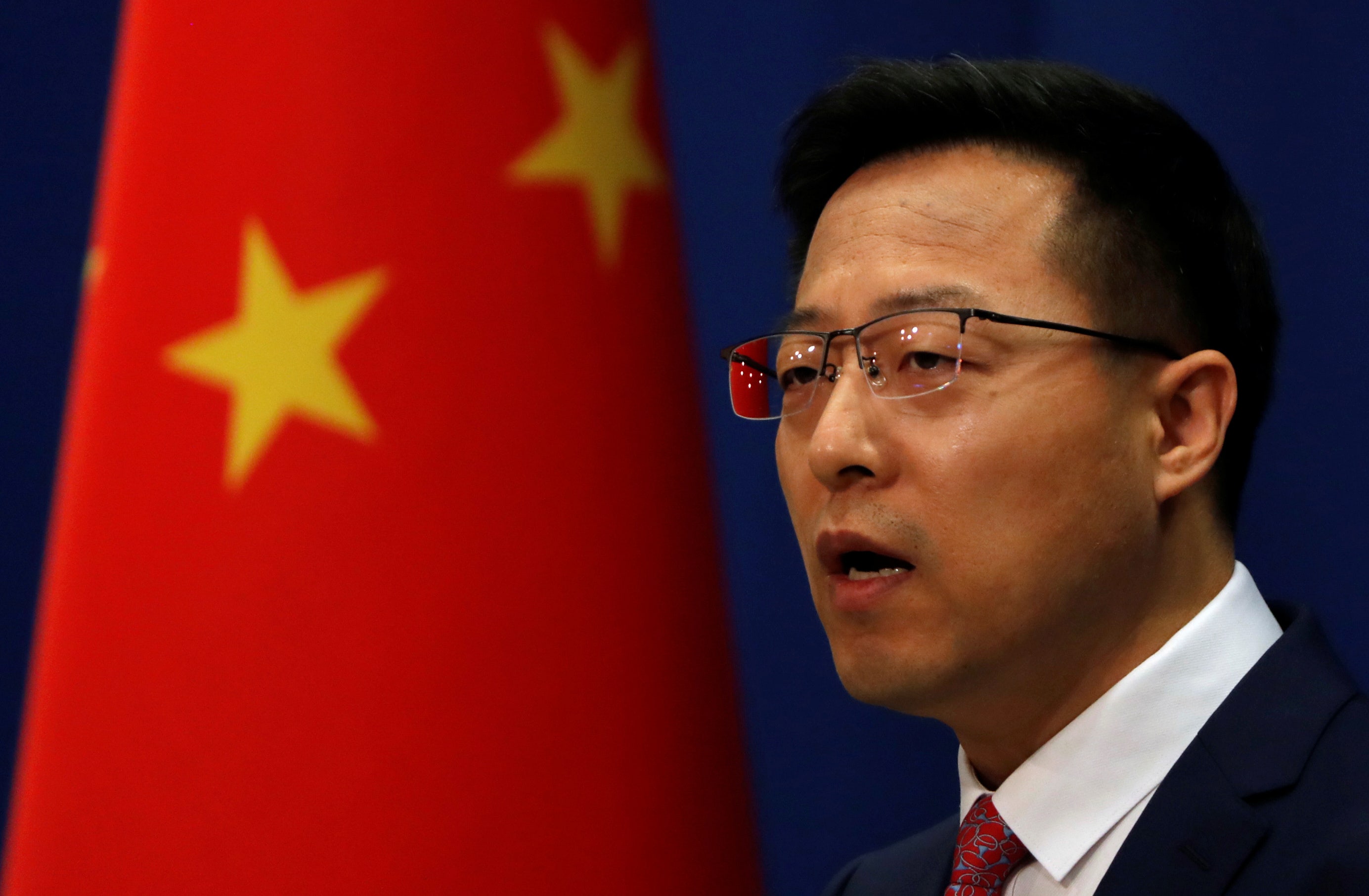 China is backing Russia’s claims about US-controlled “biolabs” in Ukraine conducting “biological military activities” – accusations the White House and Ukraine have both denied.

The allegations come two weeks into Vladimir Putin’s invasion of his smaller neighbor.

“According to data released by the US, it has 26 bio-labs and other related facilities in Ukraine, over which the US Department of Defense has absolute control,” Zhao Lijian, a spokesperson for China’s Foreign Ministry, said during a news conference Tuesday . “All dangerous pathogens in Ukraine must be stored in these labs and all research activities are led by the US side. Without US approval, no information shall be released to the public.”

Zhao was echoing claims from his Russian counterpart Maria Vladimirovna Zakharova, who said Kremlin troops found evidence that Ukrainians are covering up evidence of “military biological programs” in fear that the invading army will learn more. US officials have said the idea is “absurd” and that Russia could be using it as a cover ahead of a possible chemical or biological attack on Ukraine.

China has also struggled to fend off concerns that the COVID-19 pandemic may have originated in a lab in its city of Wuhan.

“According to reports, a large quantity of dangerous viruses are stored in these facilities,” Zhao said. “Russia has found during its military operations that the US uses these facilities to conduct bio-military plans.”

He said Beijing, which has still refrained from describing Russia’s war on Ukraine as an “invasion,” was calling on “relevant sides to ensure the safety of these labs.”

“The US, in particular, as the party that knows the labs the best, should disclose specific information as soon as possible, including which viruses are stored and what research has been conducted,” he said, claiming the alleged Ukraine labs were “the tip of the iceberg “and that the US had hundreds more around the world.

“The US has 336 biological labs in 30 countries under its control – 336, you heard me right,” he claimed. “It also conducted many biological military activities at the Fort Detrick base at home.”

RUSSIA’S CLAIM ON US AND UKRAINE BIOLABS ‘ABSURD’ AND ‘UNTRUE’: US DEFENSE OFFICIAL

Fort Detrick is the home of the U.S. Army Medical Research and Development Command in Maryland.

“Now that Russia has made these false claims, and China has seemingly endorsed this propaganda, we should all be on the lookout for Russia to possibly use chemical or biological weapons in Ukraine, or to create a false flag operation using them,” she said . “It’s a clear pattern, and no one should fall for it.”

Following the collapse of the Soviet Union in the early 1990s, the US has led an international effort to secure and dismantle leftover Soviet-era weapons of mass destruction, including in Ukraine. In August 2005, Washington and Kyiv agreed to cooperate to prevent the “proliferation of technology, pathogens and expertise that could be used in the development of biological weapons.”

The agreement required Ukraine to “consolidate and store” any dangerous pathogens it possessed in centralized facilities and required the country’s Ministry of Health to inform the DOD if it had to move them temporarily “due to emergency situations.” It also allowed the US and Ukraine to work together on public health research.

As early as May 2020, Ukrainian officials called reports of American military biolabs within their borders “fake news,” the Kyiv Post reported at the time.

Russia, on the other hand, has a history of violating international laws governing biological and chemical weapons, Psaki said – citing the attempted poisoning of Kremlin critic Alexey Navalny and Russia’s support of Bashar al-Assad in Syria, who has used chemical weapons to quell domestic rebellions.

Still, Zhao accused the US of “stonewalling” and dismissing China and Russia’s claims as “spreading disinformation.”

“It’s exactly the kind of disinformation operation we’ve seen repeatedly from the Russians over the years in Ukraine and in other countries around the world, which have been debunked conclusively, and an example of the types of false pretexts we have been warning the Russians. would invent, “she said. “The United States is in full compliance with its obligations under the Chemical Weapons Convention and the Biological Weapons Convention and does not develop or possess such weapons anywhere.”

“We are not developing biological or chemical weapons inside Ukraine,” he said. “It’s not happening.”

However, the claims generated renewed interest Tuesday when Undersecretary of State for Political Affairs Victoria Nuland told the Senate Foreign Relations Committee that the US was concerned about Russian troops seizing “biological research facilities” in Ukraine.

UKRAINE SAYS IT SANK THE RUSSIAN WARSHIP THAT ATTACKED SNAKE ISLAND: ‘WE F —— HIT THEM!’

Late. Marco Rubio, R-Florida, had asked her if Ukraine has chemical or biological weapons.

“Ukraine has biological research facilities,” Nuland replied, “which in fact we are quite concerned Russian troops, Russian forces, may be seeking to gain control of, so we are working with the Ukrainians on how they can prevent any of those research materials from falling into the hands of Russian forces. “

Rubio then asked whether Nuland believed Ukraine would conduct a biological attack within its own borders.

“I’m sure you’re aware that the Russian propaganda groups [are] already putting out there all kinds of information about how they’ve uncovered a plot by the Ukrainians to release biological weapons in the country, with NATO’s coordination, “Rubio said.” If there is a biological or chemical weapon incident or attack inside of Ukraine , is there any doubt in your mind that 100% it would be the Russians that would be behind it? “

“There’s no doubt in my mind, senator, and it’s classic Russian technique to blame on the other guy what they’re planning to do themselves,” Nuland said.