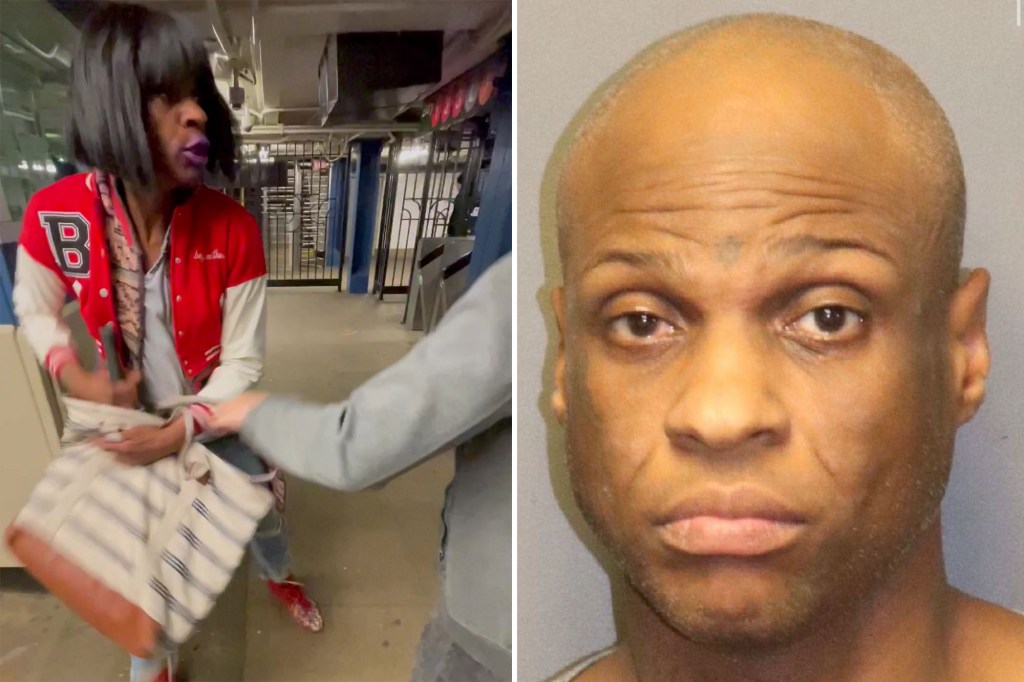 The assailant accused of battering an Asian man with a hammer at a Manhattan subway station flipped out on cops who were escorting her into central booking after she was charged with three hate crimes on Wednesday.

Christian Jeffers, 48, who identifies as a woman, was charged with assault, aggravated harassment and threatening – all as hate crimes – over the Tuesday night attack of a 29-year-old man at the 14th Street-Union Square station, cops said .

Jeffers allegedly launched the caught-on-camera attack after bumping into the victim on the platform.

The victim suffered a cut to the head and was treated at Bellevue Hospital.

Jeffers fled the scene and was busted Wednesday while allegedly jumping the turnstile at a station farther west on the 14th Street subway line, sources said.

Police recovered a hammer from Jeffers’ bag, according to sources.

Jeffers made a scene Wednesday night, lashing out at two officers taking him into Manhattan central booking ahead of her arraignment.

The suspect loudly accused the officers of “pushing” him near the door to the facility.

“Why are you doing that?” “Why are you pushing me? “Stop, stop,” she screamed as the officers guided her into the building.

In a Wednesday interview with The Post, the victim in Jeffers’ alleged attack said New Yorkers are fed up with out-on-control violence on the subway system.

“We’re trying to live our lives as well as we can, you know, and it’s just unfortunate that we have to face all these adversities, along with just all the struggles in life,” the victim said. “It’s just unnecessary conflict and it sucks.”