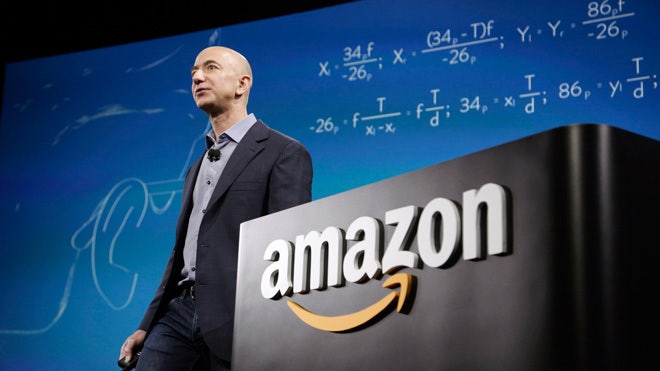 Here are your FOX Business Flash top headlines for March 9.

A bipartisan group of congressional lawmakers is asking the Justice Department to launch a probe into Amazon and its top executives over whether they led to or misled Congress over the company’s business practices in an effort to surpass their competitors.

In a letter to Attorney General Merrick Garland dated Wednesday, five lawmakers on the House Judiciary Antitrust Subcommittee said the tech company engaged in a pattern of misleading conduct “to influence, obstruct, or impede the Committee’s investigation and inquiry.”

HOW TECH COULD BENEFIT THE INSURGENCY TO CONFRONT PUTIN

The question is whether the e-commerce giant uses third-party seller data to create its own products and if it gives preference to its own products over those from its competitors in search results.

“Amazon song,” he told Fox News. “They presented documents and testimony that indicated they did not copy third-party sellers’ products and there is ample evidence that they did,” Buck told Fox News. ”

Buck noted that lying about its discriminatory business practices would backfire on Amazon because its alleged lies and coverups to Congress can be brought against them each time the company faces a lawsuit.

In a statement to Fox News, an Amazon spokesperson said there’s “no factual basis” for lawmakers’ allegations, “as demonstrated in the huge volume of information we’ve provided over several years of good faith cooperation with this investigation.”

In October, the lawmakers asked Amazon CEO Andy Jassy to provide “exculpatory evidence” to corroborate prior committee testimony that Amazon did not use third-party seller data to develop its own products and that it favored its own brands over others.

Daniel Thorpe, of Hoboken, NJ, uses the Amazon app to pay for his purchase at the Amazon 4-star store in the Soho neighborhood of New York, on Sept. 27, 2018. ((AP Photo / Mary Altaffer, File) / AP Newsroom)

Amazon executives have denied the practice.

The lawmakers referenced “credible investigative reporting” from The Wall Street Journal and The Markup that published separate investigations on Amazon that they argue say otherwise. The Journal piece alleged that Amazon uses the information it collects on its website from third-party sellers despite previous denials. The lawmakers cited interviews by the Journal with 20 former Amazon employees.

The committee uncovered similar evidence from former and current Amazon employees, as well as former sellers, it said.

In July 2020, Bezos, then the CEO of Amazon, testified before the committee in an antitrust hearing that the company had a policy against using seller-specific data to make competing products, a practice he said he was against. A subsequent Reuters report said the company has engaged in such tactics.

The Markup story said Amazon placed products from its house brands ahead of those from competitors. Despite what Amazon says, the legislators accused the company of failing to comply with its requests.

An Amazon employee passes by its logo on the opening day of the new distribution center in Augny, eastern France, on September 23, 2021. (Photo by SEBASTIEN BOZON / AFP via Getty Images / Getty Images)

“After Amazon was caught in a lie and repeated misrepresentations, it stonewalled the Committee’s efforts to uncover the truth,” the lawmakers wrote. “Without producing any evidence to the contrary, Amazon has left standing what appear to be false and misleading statements to the Committee. It has refused to turn over business documents or communications that would either corroborate its claims or correct the record.”

Last year, Cicilline introduced the American Innovation and Choice Online Act, which would prohibit giant online platforms from engaging in discriminatory behavior, such as giving preference to their own products. The proposal would give the Justice Department and the Federal Trade Commission another tool to go after the “self-preferencing conduct that we found with Amazon,” Buck said.

A Senate version of the bill was introduced in October by Democratic Sen. Amy Klobuchar of Minnesota.