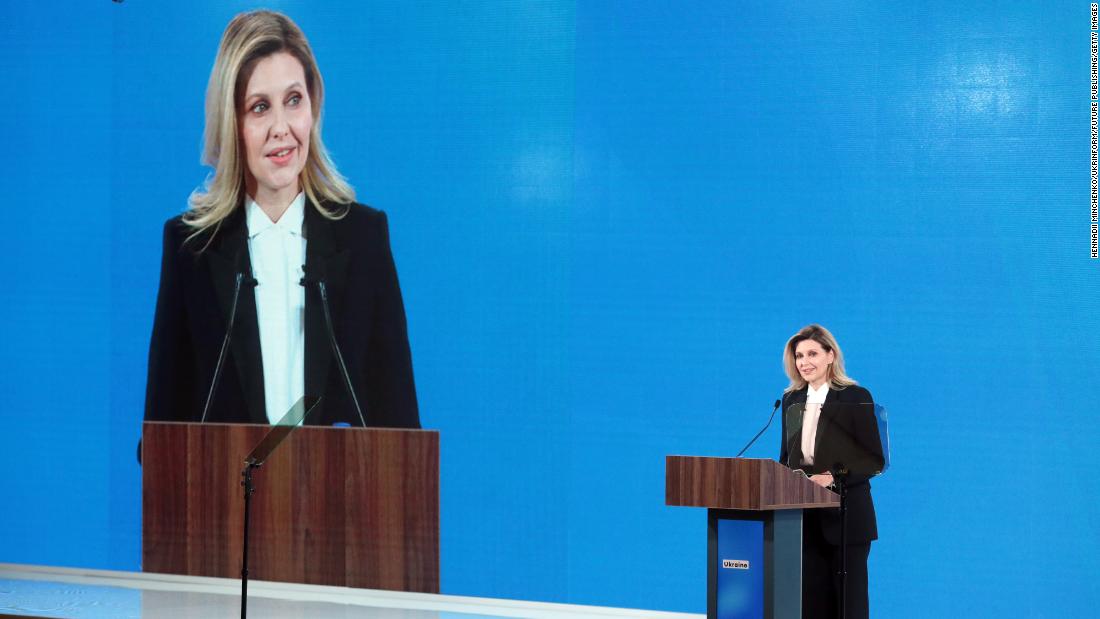 In recent weeks Zelenska has repeatedly used social media to highlight the plight of her nation, yet none have been quite as direct as her recent post, which ends with the rallying cry: “We will win. Because of our unity. Unity towards love for Ukraine. Glory to Ukraine! “

As her husband, President Volodymyr Zelensky, has emerged as the face of Ukrainian defiance of the Russian invasion, Zelenska has become increasingly vociferous online as a means to support him and bolster international awareness of their country’s plight.

When Russia first invaded Ukraine on February 24, Zelensky declared in a video statement that he believed “enemy sabotage groups” had entered Kyiv and that he was their number one target. His family, he said, was the second target.

The whereabouts of his wife and two children are secret, for security reasons. Nonetheless, Zelenska has been playing an active role on social media, inspiring her people and backing resistance to Russian forces, while garnering support from the rest of the world. On Instagram alone, she has 2.4 million followers.

The 44-year-old published the open letter Tuesday on her various social media platforms, as well as on the President’s official website, in response to what she said was the “overwhelming number of media outlets from around the world” that had requested an interview with her.

She began the impassioned missive – headlined “I testify” – by recalling the events of February 24.

“Despite assurances from Kremlin-backed propaganda outlets, who call this a ‘special operation’ – it is, in fact, the mass murder of Ukrainian civilians.”

Zelenska highlighted the “terrifying and devastating” child casualties, while also describing the horror of babies born in bomb shelters and roads “flooded” with refugees.

According to the website of the Ukrainian Women’s Congress, a public platform that lobbies for gender equality in government and wider Ukrainian society, Zelenska was born in February 1978 and met her future husband at the Kryvyi Rih Gymnasium №95 high school in Kryvyi Rih, the southern Ukrainian city where they both grew up. Her biography on the site says she then majored in architecture at the Kryvyi Rih Economic Institute, graduating in 2000.

The couple married in 2003 and had daughter Oleksandra a year later. Their son, Kyrylo, was born in 2013.

Like her husband, who has a law degree, Zelenska moved away from her academic field of interest and into showbusiness.

She helped Zelensky create stand-up performances for the Russian TV comedy show KVN, according to Ukrainian press agency UNIAN, and later became a screenwriter at TV production company Kvartal 95 Studio, which she co-founded.
In an extensive interview with Vogue Ukraine in 2019, shortly after her husband swept to power in a landslide election, Zelenska described herself as a “non-public person” who prefers to stay “backstage.”

When her comedian husband first expressed his political ambitions, his wife was none too impressed. In the interview with Vogue, which featured a glamorous photo shoot, she said: “I was not too happy when I realized those were the plans. I realized how everything would change, and what difficulties we would have to face.”

She spoke of adjusting to life in the public sphere, but expressed her determination to protect her children, saying: “Let them choose how they want to live.”

In the three years since assuming the role of first lady, she has accompanied her husband on numerous official visits around the world, including to the USA, Japan and France. Meanwhile her position has enabled her to focus on numerous issues close to her heart, among them “children’s health, equal opportunities for all Ukrainians and cultural diplomacy,” she told Vogue.

One of her campaigns has been to improve meals for children at school, going on fact-finding missions to Latvia, Japan and the USA, among other countries.

Needless to say, she is now focused on Ukraine’s battle for survival. Earlier this month she set up a dedicated Telegram channel to provide advice on “how to act and live in war time.”
Hours after publishing her open letter, Zelenska, who in 2020 was admitted to hospital with Covid-19, updated her Instagram feed with a picture of young cancer patients heading to safety and treatment in Poland.

She wrote: “These are young cancer patients from Ukraine. Just yesterday, they were hiding from the shelling in the basements of clinics. Now they are crossing the Polish border on the way to find safety and, most importantly, to continue their treatments. No aggressor in the world can prevent them from winning the battle against the disease! “

In her open letter she reiterated her husband’s demand for a no-fly zone, adding: “Ukraine is stopping the force that may aggressively enter your cities tomorrow under the pretext of saving civilians.”

“If we do not stop Putin, who threatens to start a nuclear war, there will be no safe place in the world for any of us.” 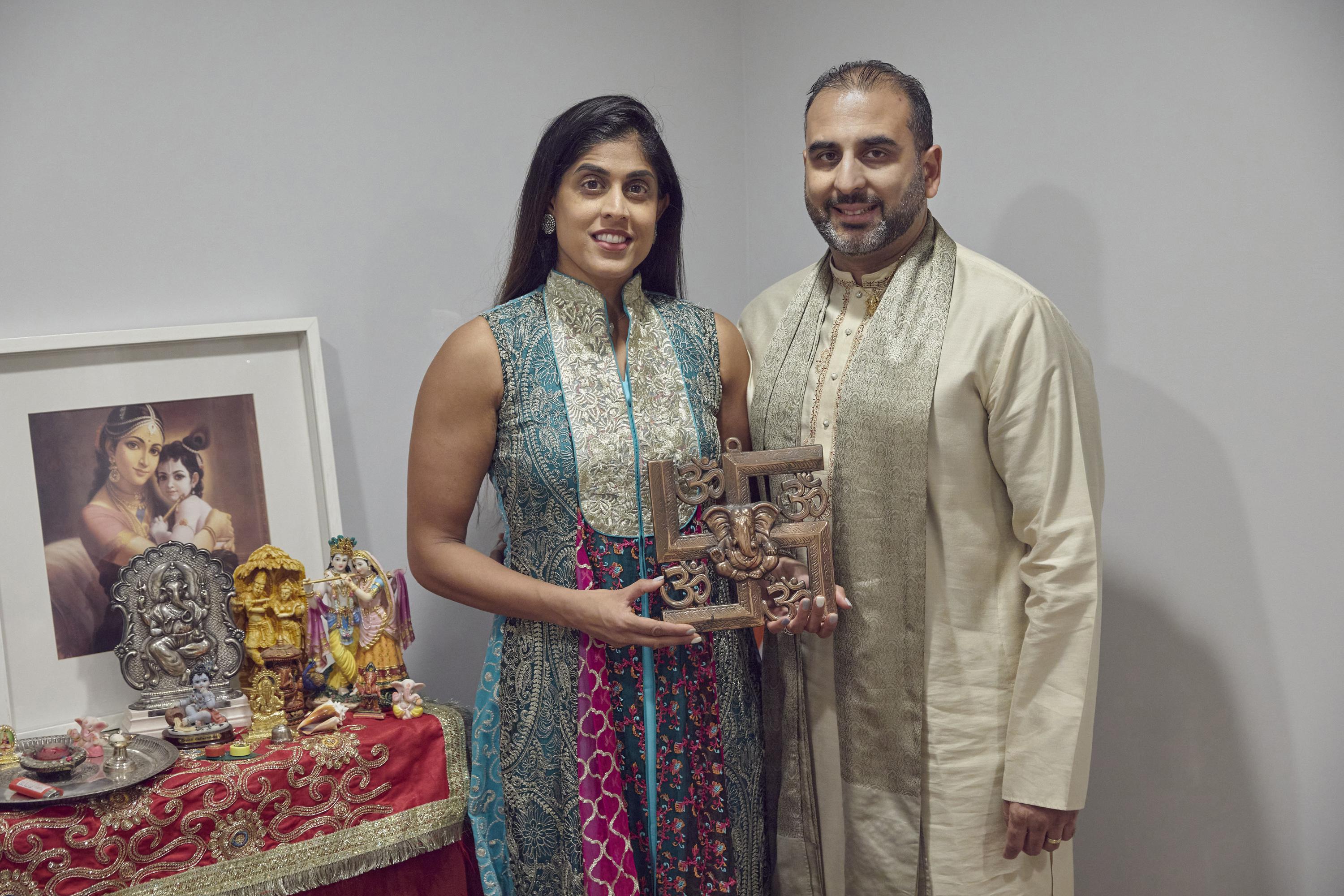 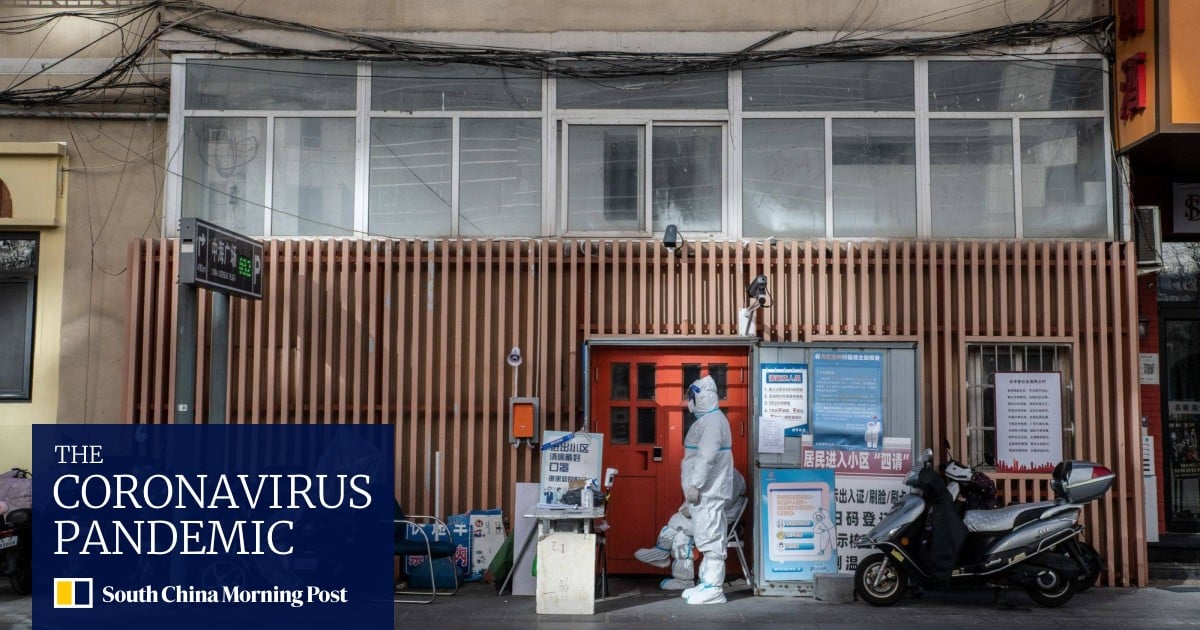