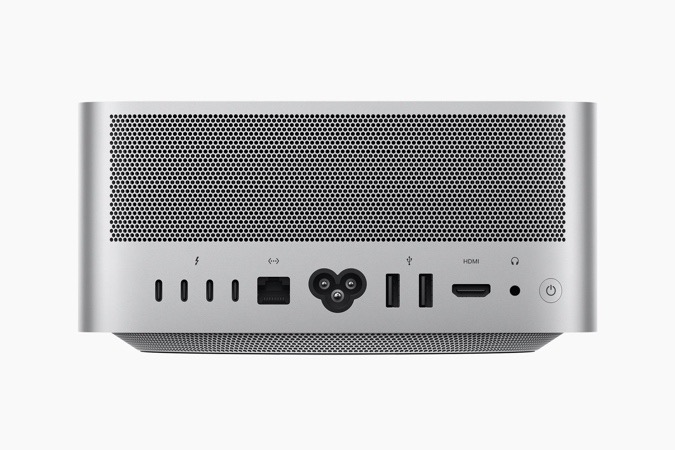 Apple events can sometimes fizzle out. Besides the ceremony of a new iPhone series each year, it’s a little harder to get excited for Macs and iPads with slightly better chips and minor design tweaks. We saw a splash of color and some redesigns in the last year, but this March event was packed with devices for elements of the Apple audience that aren’t always catered for. For them, this might be an important Apple reveal.

I say this in hushed tones as a phone guy, but the Mac Studio could be the standout. It’s a pro-level desktop built to showcase Apple’s most powerful chip, the new M1 Ultra. The company says its new desktop runs up to 60 percent faster than a Mac Pro with its 28-core Intel processor. Also, counter to some of its laptops, it’s filled with ports. There are four Thunderbolt 4 connections, two USB-A ports, HDMI and 10Gbps Ethernet. Also! There’s an SD card slot and two additional USB-C connectors on the front of the computer. The bad news might be that it starts at $ 2,000, but it still isn’t quite the Mac Pro beast some creatives are waiting on. That’s “for another day,” according to Apple. Oh, and there’s a new display to go with it.

At the other end of the scale, the iPhone SE makes a return. And it’s still got a home button. This means it looks like its predecessor, mostly. However, it’s now got 5G (welcome to 2022) and an updated quad-core A15 Bionic processor – the same processor as Apple’s iPhone 13 series, but now in a phone that costs $ 429. Finally, Apple’s iPad Air also sticks to its 2020 redesign. It has a new front-facing camera sensor and, like the 2021 iPad Pro, features Apple’s M1 chip.

We go into finer detail below, or if you need a swift overview, we’ve pulled all the bullet points together

As I mentioned in the intro, there are no major design shakeups here. The new iPhone SE is a more affordable version of the flagship range, now packing an A15 Bionic processor, some new camera tricks (despite the single lens) and a familiar home button. With the upgraded internals (including power efficiencies from iOS 15), Apple says we’ll see better battery life performance compared to the last model. The 4.7-inch screen is covered with what Apple calls the “toughest glass in a smartphone on both the front and back.”

Following the M1, M1 Pro and M1 Max, Apple is adding a new member to the family: the M1 Ultra. The M1 Ultra is essentially two M1 Max chips put together, making it even better for intensive creative applications like video editing and 3D rendering. Apple says the M1 Max chips feature a die-to-die interconnect, dubbed UltraFusion, and its specs are basically what happens when you sandwich two M1 Max chips: the Ultra features a 20-core CPU (16 high-performance and 4 high- efficiency cores) and a 64-core GPU. Apple says it should offer up to eight times faster graphics than the original M1 chip.

As expected, Apple is adding a new display to its product lineup. The Apple Studio Display is a standalone monitor with a 5K retina panel with 14.7 million pixels, 600 nits of brightness and P3 wide color gamut coverage. It’s more for work, less for gaming, topping out at a 60Hz refresh rate. We’re sure Apple thinks it’d go really nicely with a new Mac Studio desktop.

Some Apple respite. Gogoro, best known for its scooters and charging stations, has announced what it claims is the world’s first swappable solid-state EV battery. Using solid-state batteries, the lithium ceramic prototype is compatible with Gogoro’s current scooters but should deliver a much higher capacity – the two companies are targeting 2.5kWh versus the 1.7kWh of existing hardware. The end result is greater range and improved safety.

It’s closing in on the incumbents.

In the world of hearing aids, Eargo stands out. The company operates more like a technology company than a slow, plodding medical-device provider – it has a rapid annual release cycle more similar to Apple, Samsung and the rest. In version 6, it’s added customizable sound profiles, as well as sound adjustment features to help make the Eargo better fit with your own hearing levels and preferences.