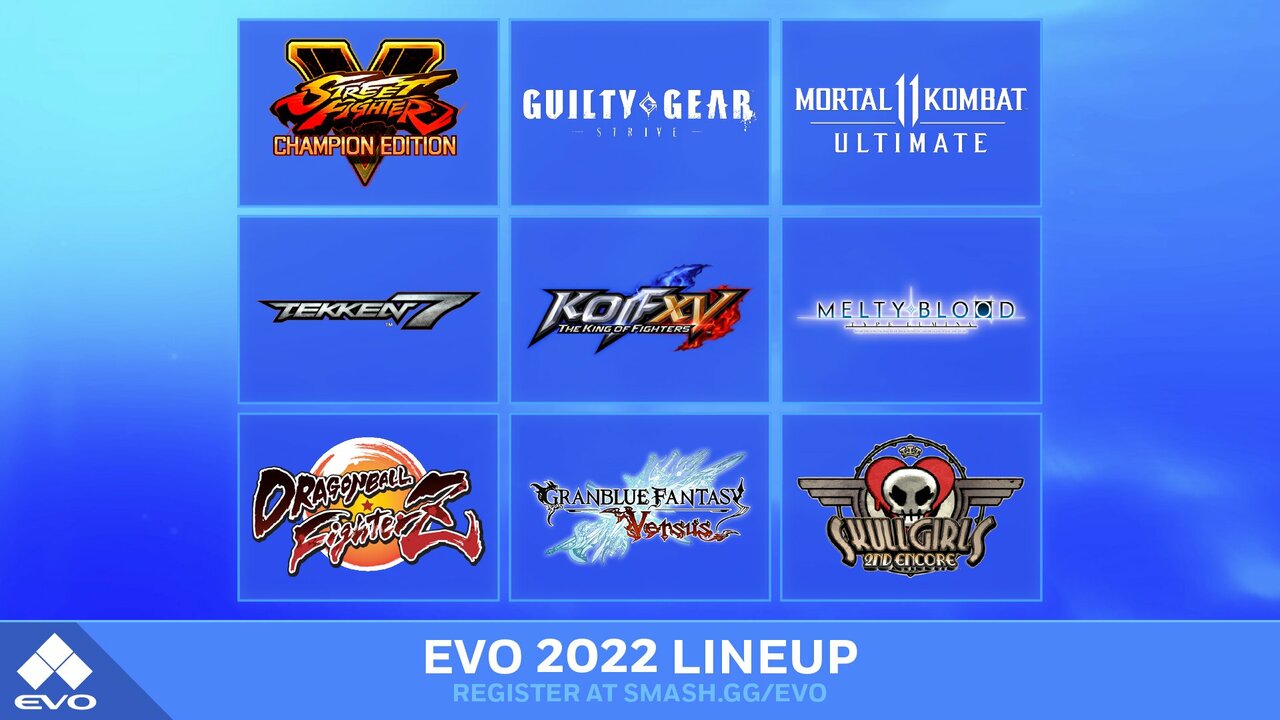 The Evolution Championship Series, or Evo as it’s more commonly known, is the world’s biggest fighting game event, and this year’s lineup has just been announced. There are no real surprises here (outside of Nintendo denying Super Smash Bros. entry, if that even counts as a surprise), but the roster is still rather stacked.

Here are the nine games that will be taking to the main stage at Evo 2022:

Evo 2022 will feature open tournaments for all of these games and more. If you’re thinking about competing, then you can sign up through the official website. Evo 2022 is set to take place between the 5th and 7th of August, in Las Vegas.

It should also be noted that this will be the first in-person Evo since the coronavirus pandemic began. It’s also the first offline Evo since Sony acquired the event back in March 2021 – last year’s Evo being an online event only.

It’s not just about the tournaments, though. In many ways, Evo has become the ‘E3 of fighting games’ – a great time and place for publishers to reveal new games or provide significant updates on existing projects. It’s very likely that the recently announced Street Fighter 6 will show up in a big way, and we could even see heavily rumored titles like Tekken 8 make an appearance.

What are your hopes and dreams for Evo 2022? Land a KO in the comments section below.