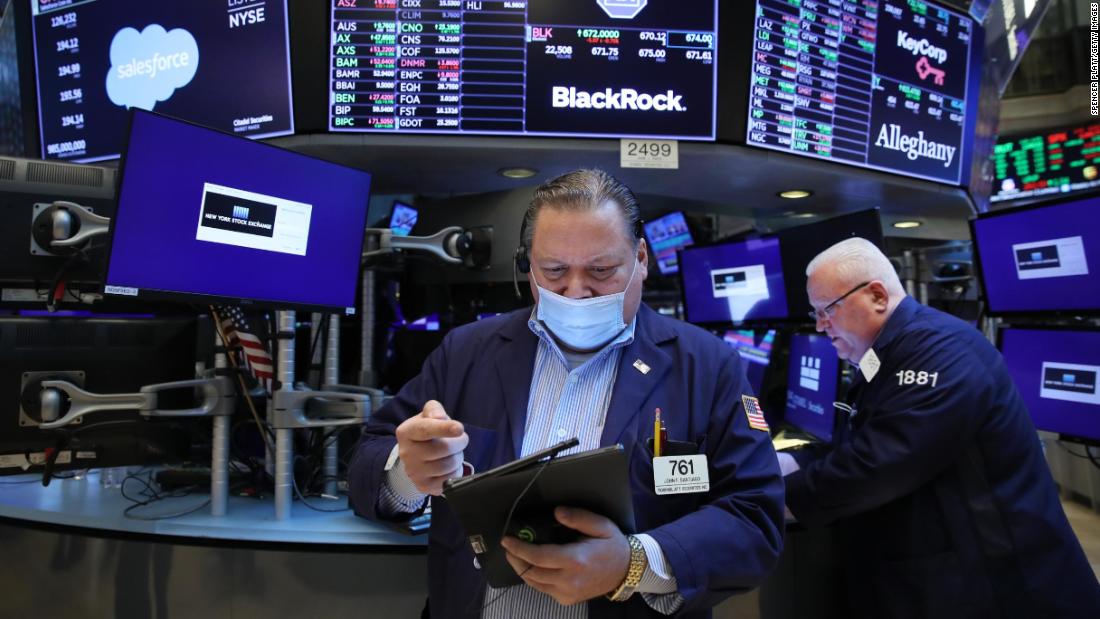 The Dow gained more than 700 points, or 2.1%, in midday trading. It was a broad-based rally, with oil giant Chevron (CVX) the only Dow stock trading lower.
The S&P 500 and Nasdaq were up about 2.6% and 3.2% respectively. If the gains hold throughout the trading session, Wall Street will snap a four-day losing streak.

Brent crude, the global oil benchmark, was down roughly 6% in midday trading Wednesday to about $ 120 a barrel.

In addition to concerns about Russia and Ukraine, traders are trying to figure out what’s next for the markets and the broader economy now that the Federal Reserve is poised to raise interest rates to fight soaring inflation. Higher rates could eventually put a dent in profits.

But investors are also betting that higher rates, as long as the increases are gradual, will actually boost earnings for some sectors, most notably financial stocks. Banks rallied sharply on Wednesday.

Wall Street also appears to hope that once the initial shock of the Russian invasion and resulting spike in oil prices wears off, investors and consumers may see that the US economy is still in good shape.

“The sentiment appears to be that most of the bad news is currently priced in and with the S&P near a nine-month low, it was time to come off the sidelines and not only bottom-fish the many names down over 50% from their highs but to just get long equities in general, “said Louis Navellier, chairman and founder of Navellier & Associates, in a report Wednesday.