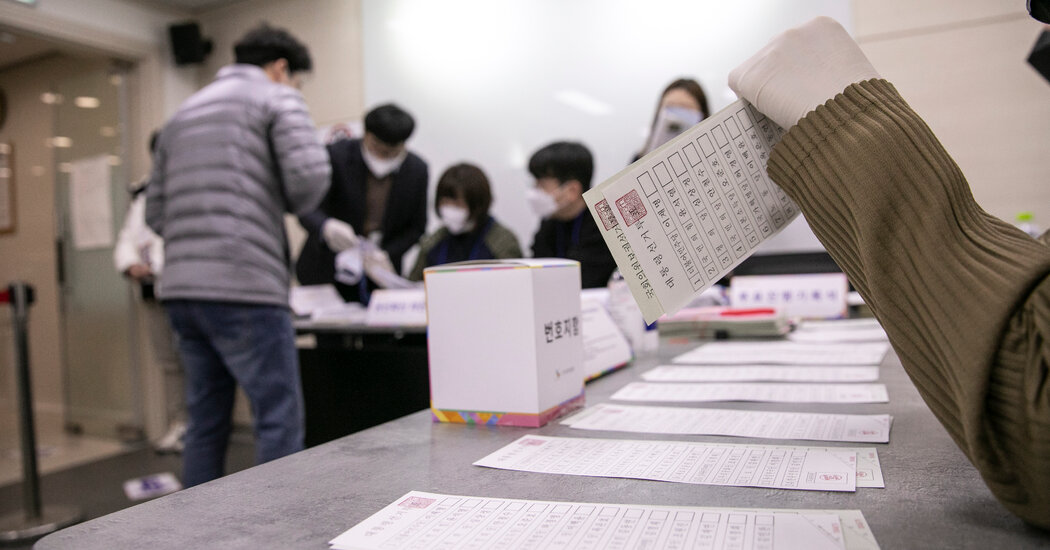 SEOUL – South Koreans head to the polls Wednesday to vote in one of the most tightly fought presidential elections in recent memory, with several policy issues – North Korea and sky-high home prices; gender inequality and a decaying job market – roiling voters.

According to pre-election surveys, the race is a close contest between Lee Jae-myung, or President Moon Jae-in’s Democratic Party, and Yoon Suk-yeol, a former prosecutor representing the conservative opposition, the People Power Party.

The election comes as South Korea is projecting influence around the world like never before. The small nation of just over 50 million people has long punched above its weight in manufacturing and technology, but more recently has added film, television and music to its list of successful global exports.

At home, however, voters are unhappy.

Housing prices are out of reach. A demographic crisis has left farms and small factories struggling to find workers, even as legions of people fresh out of college complain about a lack of job opportunities. Discrimination against foreigners is on the rise. Young people say they can not catch a break. And the intense uncertainty, partly brought on by years of Covid restrictions, has left many anxious about the future.

“There is a growing anxiety about the future of the country as inequality deepened and gender and generational conflicts intensified,” said Eom Kyeong-young, director at the Zeitgeist Institute in Seoul. Whoever becomes the next president will have to contend with a bitter and disillusioned public.

Mr. Lee is a straight-talking former sweatshop worker and human rights lawyer with a reputation for delivering results as a popular mayor and governor in Gyeonggi-do, the province that surrounds Seoul. He says South Korea needs a leader from a working-class background who “shines during crises.”

Mr. Yoon, a former prosecutor, was instrumental in imprisoning two former presidents, as well as the head of Samsung, on corruption charges. His political stock rose after he resigned as prosecutor general last year and became an outspoken critic of Mr. Moon’s tenure.

Both candidates have struggled to connect with voters and led campaigns marred by scandal.

New allegations keep emerging that cast doubt on the ethical standards of both men and their families, including of corruption, nepotism and sexism. “This is a contest between the unlikable, a choice of who is the lesser evil,” said Ahn Byong-jin, a political scientist at Kyung Hee University in Seoul.

They also hold drastically different policy positions, particularly on North Korea, which has recently launched a series of weapons tests that have threatened regional security.

During his administration, Mr. Moon brokered the historic meetings between President Donald J. Trump and Kim Jong-un, the leader of North Korea. His signature policy ambition was to build peace with North Korea through dialogue and cooperation, an agenda Mr. Lee would inherit if elected.

“The key to our policy on the Korean Peninsula is to prevent war from breaking out again and to prevent the loss of millions of lives and everything we have achieved so far,” Mr. Lee said during a recent campaign event.

Politics in South Korea have long been considered a blood sport. The country’s hard-won democracy came after decades of poverty, political unrest and successive dictatorships. All former presidents have faced allegations of corruption in retirement.

The two most recent former presidents ended up in prison, including Park Geun-hye, the country’s first and only female president. Two former military-backed dictators were also imprisoned.