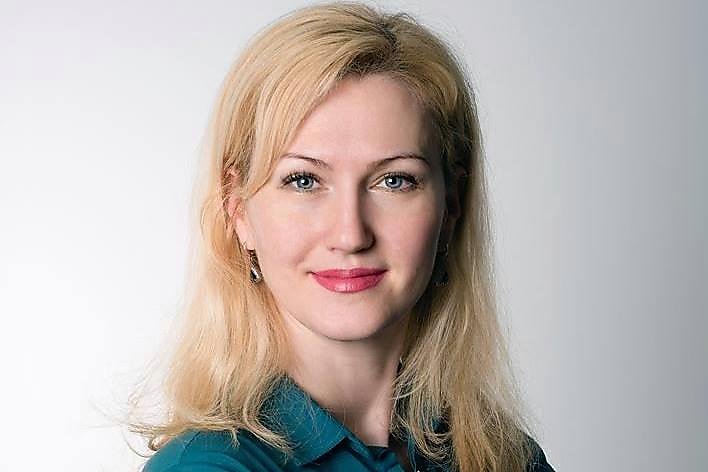 A Silicon Valley employee and her children are the subjects of photos so devastating that they shocked the world: a Ukrainian family lying dead on the pavement, killed by Russian mortar fire while trying to flee the conflict.

The images of Ukrainian soldiers tending to the bloodied bodies of a woman, her teenage son and young daughter, and their friend ran on the front page of the New York Times this week, along with online videos of the unprovoked attack on civilians. They stirred international outrage and a pledge from Ukrainian President Volodymyr Zelenskyy to punish the perpetrators. “There will be no quiet place on Earth for you,” Zelenskyy said. “Except for the grave.”

Palo Alto startup SE Ranking confirmed Wednesday that the photo depicts its chief accountant, Tatiana Perebeinis, 43, along with her daughter, Alise, 9, and son, Nikita, 18, who were killed by Russian forces as they tried to flee the town of Irpin, a suburb about 15 minutes from Kyiv. They had just dashed across a partially destroyed bridge over the Irpin River into Kyiv when a mortar hit.

“For me as her colleague it’s a tragedy to see those pictures,” Ksenia Khirvonina, the company’s spokeswoman, told The Chronicle. “They show that it’s real. On the other hand they prove that (the) Russian army and Putin himself are monsters who deserve no mercy for their doings. ”

Russian President Vladimir Putin insists that his forces are not targeting civilians trying to flee.

Perebeinis “was a very friendly, brave, courageous woman with a great sense of humor, she always cheered everyone around her up, she was truly like a big sister to all of us,” Khirvonina said. She spoke from Dubai, where she had fled on Feb. 23 from Ukraine, where about half of the company’s 110 workers are based.

“She always had answers to all our questions, even the most stupid ones, about personal finances or taxes or how to upgrade your visa cards; she had answers to everything, ”Khirvonina said. “We are so shocked, saddened, devastated, angry. There are no words to describe our emotions, we are so heartbroken. ”

When the Russian invasion started, Perebeinis initially stayed in Irpin, where she and her family lived, because her mother was sick and her son, at 18, was in the age group of males not allowed to leave the country in case they are needed to defend Ukraine, Khirvonina said. Perebeinis did not want to leave her son behind, Khirvonina said. He had just started university this year.

“She always talked about him, how smart he was,” Khirvonina said. “She was a great mother; giving her kids everything she could. ”

But after Irpin was surrounded, a bomb hit the family’s building, right above their apartment.

“They could not stay in their apartment any more; they spent all their time in the basement where it was cold with no food, light, heat, anything, ”Khirvonina said.

Perebeinis decided to use the promised “safe passage” that Russia had agreed to for civilians to flee.

“But then Russian troops started firing on innocent civilians and that’s how they got killed,” Khirvonina said. She does not know where the family was headed.

Sergii Perebeinis, Tatiana’s husband, who was not with them as they tried to flee, shared photos of his wife and children on his Facebook page.

The Russians “took them all,” he wrote on Facebook.

On Wednesday, Khirvonina said that SE Ranking had helped Sergii Perebeinis arrive in Kyiv, where he was arranging a funeral for his wife and children.

Perebeinis was hired in 2016 as an accountant at SE Ranking’s Kyiv office and worked her way up to head of the department, a position equivalent to chief financial officer, Khirvonina said. The company, which develops tools for search engine optimization, was founded in 2013 by natives of Belarus. CEO Valery Kurilov, who is one of the founders, lives in Ukraine, Khirvonina said.

Many US tech companies have a presence in Ukraine, which is known for a strong education system with an emphasis on technology skills.

Perebeinis had previously lived in Donetsk, a part of Ukraine that abuts the Russian border and was occupied by its larger neighbor in 2014. She and her family then moved to Irpin, Khirvonina said.

“We are devastated to say that yesterday our dear colleague and friend Tatiana Perebeinis, the chief accountant of SE Ranking, was killed together with her two kids by Russian mortar artillery,” the company wrote on Facebook on Monday.

“There are no words to describe our grief or to mend our pain,” SE Ranking wrote in its post about Perebeinis. “But for us, it is crucial to not let Tania and her kids Alise and Nikita remain just statistics. Her family became the victim of the unprovoked fire on civilians, which under any law is a crime against humanity. ”

Khirvonina shared memories of her colleague from just before the war. SE Ranking had a corporate retreat in Georgia the weekend before Russia started its invasion.

“One day we went to the mountains there; they have these great big high mountains, ”she said. “One lady offered paragliding. Tatiana was the person who insisted we do it. I said, OK, if Tatiana is doing it, I have to do it. I will never forget and it will be a warm memory of her. She was brave, free, enjoying her life. ”

The day before the invasion started, Perebeinis brought 9-year-old Alise to work, and a colleague brought their daughter of a similar age, Khirvonina said. Although she had just arrived in Dubai, she interacted with the girls and Kyiv staffers on a video call.

“The girls were playing a game called Jenga with wooden sticks that you have to pull out,” she said. “Also, they were doing some braids for each other, and asked everyone to help them.”

The photo of the deceased family was replete with heartbreaking details, including their roller suitcases, the children’s backpacks and a green dog carrier. “A dog could be heard barking,” wrote a New York Times reporter who witnessed the attack.

Sergii Perebeinis wrote on Facebook that at least one of the dogs, a Yorkshire terrier, survived, although its leg was amputated.

“Hoping for his strength,” he wrote. “He is a tough guy. Thanks to all those who care. Thanks to the journalist who showed humanity. ”