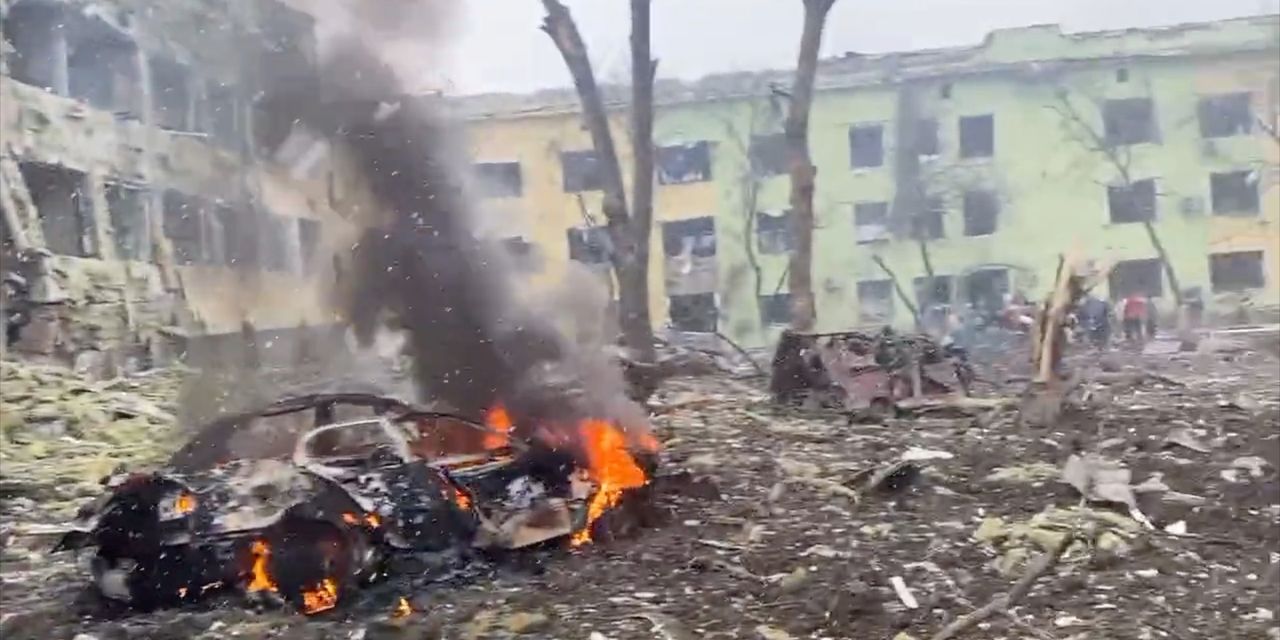 KYIV, Ukraine — A Russian airstrike hit a maternity hospital in the besieged city of Mariupol and buried people including children under rubble, Ukrainian authorities said, marking what is expected to be a more vicious phase of the Russian invasion of Ukraine.

Footage released by the Mariupol mayor’s office showed wounded people being taken out of the hospital complex, which appeared severely damaged by the attack. Images from the hospital showed a large bomb crater and indications that the blast, which took place around 5 pm, had knocked down trees and torched cars. Details about casualties were not yet available.