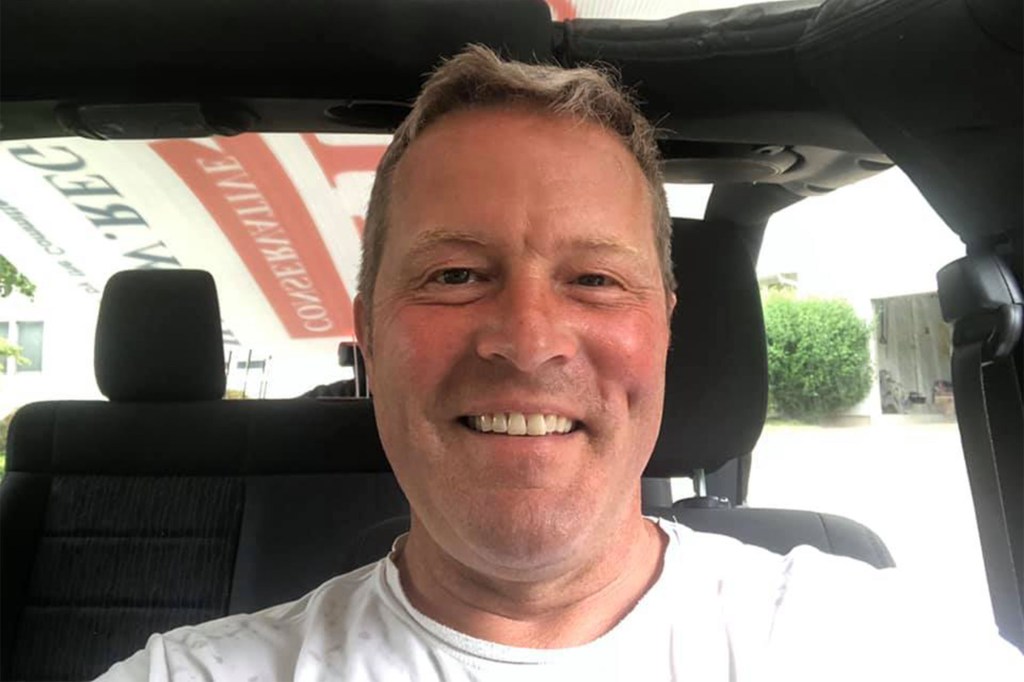 A Michigan Republican said he tells his daughters to “lie back and enjoy it” if rape is inevitable in remarks that drew harsh backlash from party leaders Tuesday.

Robert “RJ” Regan, who is running for a state House seat, made the comments on a Sunday Facebook livestream hosted by a conservative group.

Regan used the crude analogy while telling another participant that it was not too late to decertify the 2020 presidential election, saying he facetiously tells his daughters: “Well if rape is inevitable, you should just lie back and enjoy it.”

The Kent County candidate – who won a four-way special election to snag the Republican nomination for the seat last week – also recently said that Russia’s invasion of Ukraine was a “fake war just like the fake pandemic.”

His comments came a year after he shared a series of anti-Semitic social media posts, according to The Times of Israel.

State Republican Party Chairman Ron Weiser, who congratulated Regan last week, said his “history of foolish, egregious and offensive comments, including his most recent one, are simply beyond the pale.

Regan, who is favored to win the House seat in the GOP district, was also admonished by other top lawmakers.

“His statements about Russia’s unprovoked attack of a sovereign country are contrary to our own nation’s values, and his antisemitic [sic] posts claiming Jewish people control the banks and were behind the 9/11 terrorist attacks are shameful and disgusting, ”Sen. Mark Huizenga said.

Two years before making the rape comment, one of the politician’s daughters took the unusual step of urging community members not to vote for him.

“If you’re in Michigan and 18+ pls for the love of god do not vote for my dad for state rep. tell everyone, ”Stephanie Regan tweeted in 2020.

“Do a quick fb or google search to find info about his campaign,” she went on in a follow-up Tweet. “I do not feel safe sharing further information regarding his beliefs, but please look him up and just read for yourself.”

In an online rebuke of his daughter, Regan blamed the family censure on her “liberal” education at the University of Colorado.

Regan conceded that his rape analogy was less than “smooth,” in an interview with Bridge Michigan Monday.

“Sometimes, my words aren’t as smooth and polished as the politicians are because I’m not a politician. I’m working on it, ”Regan reportedly said.