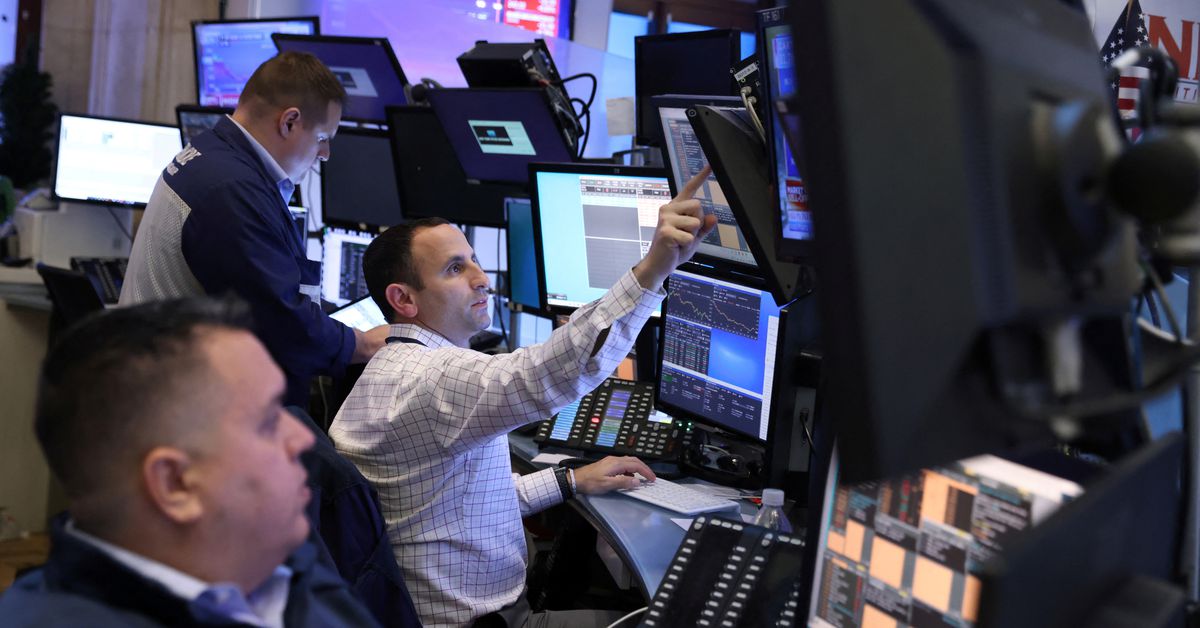 Dramatic moves are everywhere you look, from a bear market in the Nasdaq Composite Index and wild rallies in oil and other raw materials to surges in popular haven assets such as gold and the US dollar.

Hanging over it all is the Fed, which is widely expected to raise rates at its monetary policy meeting next week for the first time in more than three years. Some investors now worry that the US central bank will have to keep raising rates to contain rising inflation despite an expected hit to growth from geopolitical instability, risking a recession.

“Traders are not used to this kind of volatility in markets,” said Michael O’Rourke of Jones Trading. “Everyone is trying to figure out what is the next threat and where the next distortion is.”

Sanctions against commodity-export giant Russia by the United States and its allies have stoked a rally in the price of oil, metals, wheat and other commodities, a move investors fear will exacerbate already high inflation while weighing on global growth – a condition known as stagflation.

Brent crude is up more than 25% since the beginning of March while nickel prices more than doubled on Tuesday, forcing the London Metal Exchange to halt trading in the metal. read more

“For the US economy, we now see stagflation, with persistently higher inflation and less economic growth than expected before the (Ukraine) war. A recession can no longer be ruled out,” strategist Ed Yardeni of Yardeni Research wrote in a recent note to clients.

The Nasdaq (.IXIC) slipped 3.6% on Monday, taking it more than 20% below its recent peak, confirming that the index is in a bear market, according to a common definition. Germany’s DAX (.GDAX) is in bear territory as well, while the benchmark S&P 500, down nearly 12% this year, recently confirmed a correction.

Financial indicators are showing increasing signs of stress throughout markets. One of these is the so-called FRA-OIS spread, which measures the gap between the US three-month forward rate agreement and the overnight index swap rate. It was recently at its highest level since May 2020. read more

A higher spread reflects rising interbank lending risk or banks hoarding US dollars, meaning that it is widely viewed as a proxy for banking sector risk.

The rush for dollars has been a major contributor to the greenback’s advance against the euro over the last two weeks, according to Huw Roberts, head of analytics at Quant Insight in New York.

More broadly, global financial conditions – the umbrella phrase for how metrics such as exchange rates, equity swings and borrowing costs affect the availability of funding in the economy – are at their tightest in around two years. read more

Volatility in stocks, currencies and rates is at multi-year highs, as investors calibrate their portfolios for higher commodity prices and a potentially prolonged conflict in eastern Europe.

The Cboe, known as Wall Street’s fear gauge, was recently at 33 and has shot up by about 16 points this year.

Sharp rises and falls in Treasury yields – fueled by bets on how aggressive the Fed will be in raising rates in 2022 as well as a flight to safety in US government bonds, have taken the ICE BoFAML MOVE Index (.MOVE) to its highest level since March 2020.

Meanwhile, gyrations in currencies and a rally in the US dollar has lifted the Deutsche Bank Currency Volatility Index (.DBCVIX) to a near-two-year high.

Not surprisingly, investors have been sheltering in gold, the dollar, the Swiss franc and other so-called safe havens, driving up their prices to multi-month highs. Prices for the yellow metal are up more than 10% this year. Juul Gets Temporary Reprieve to Keep Selling Its E-Cigarettes