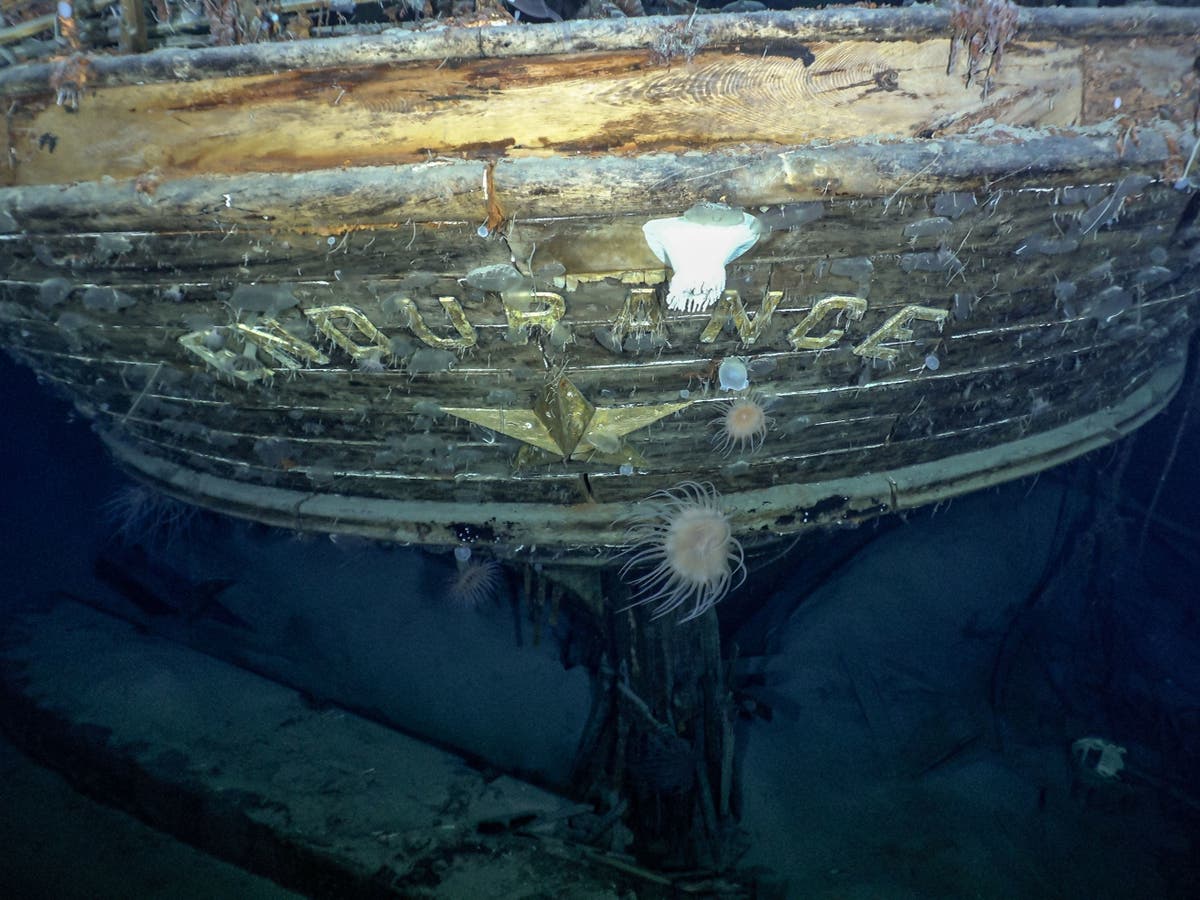 The wreck of Endurance, Sir Ernest Shackleton’s famous ship, has been found off the coast of Antarctica more than a century after it sank.

The whereabouts of the wooden ship, which disappeared into the Weddell Sea after it became trapped in ice in 1915, had remained a mystery for decades. However, an expedition has now located the remarkably intact vessel at a depth of 3,008 meters, approximately four miles south of the position originally recorded by the ship’s captain Frank Worsley, The Falklands Maritime Heritage Trust said.

The wreck was uncovered by Endurance22, a team that set off from Cape Town, South Africa, a month after the 100th anniversary of Sir Ernest’s death on a mission to locate it.

The expedition’s director said footage of Endurance showed it to be intact and “by far the finest wooden shipwreck” he has seen.

“We are overwhelmed by our good fortune in having located and captured images of Endurance,” Mensun Bound added. “It is upright, well proud of the seabed, intact, and in a brilliant state of preservation. You can even see ‘Endurance’ arced across the stern, directly below the taffrail.

“This is a milestone in polar history.”

Explorer Sir Ernest became a national hero in the early 20th century after leading three British expeditions to the Antarctic between 1907 and 1922.

On his second expedition, he and the crew of Endurance had set out to achieve the first land crossing of Antarctica – the honor of being first to the south pole had been taken by Roald Amundsen in 1911 – but the ship did not reach land and became trapped in dense pack ice, forcing the 28 men on board to eventually abandon ship.

Despite becoming stranded on the ice for around 10 months, all but three of the crew made it back home alive in what is considered one of the great survival and leadership stories of human history.

They trekked across the sea ice, living off seals and penguins, before setting sail in three lifeboats and reaching the uninhabited Elephant Island.

From there, Shackleton and a handful of crew rowed some 800 miles (1,300 km) on the James Caird lifeboat to South Georgia, where they sought help from a whaling station.

On his fourth rescue attempt, Shackleton managed to return to pick up the rest of the crew from Elephant Island in August 1916, two years after his Imperial Trans-Antarctic Expedition left London.

Dr John Shears, the expedition leader of Endurance22, said his team, which carried out the search for Endurance on board research vessel SA Agulhas II, had made “polar history” by completing what he called ‘the world’s most challenging shipwreck search’.

He said: “In addition, we have undertaken important scientific research in a part of the world that directly affects the global climate and environment.

“We have also conducted an unprecedented educational outreach program, with live broadcasting from on board, allowing new generations from around the world to engage with Endurance22 and become inspired by the amazing stories of polar exploration, and what human beings can achieve and the obstacles they can overcome when they work together. ”