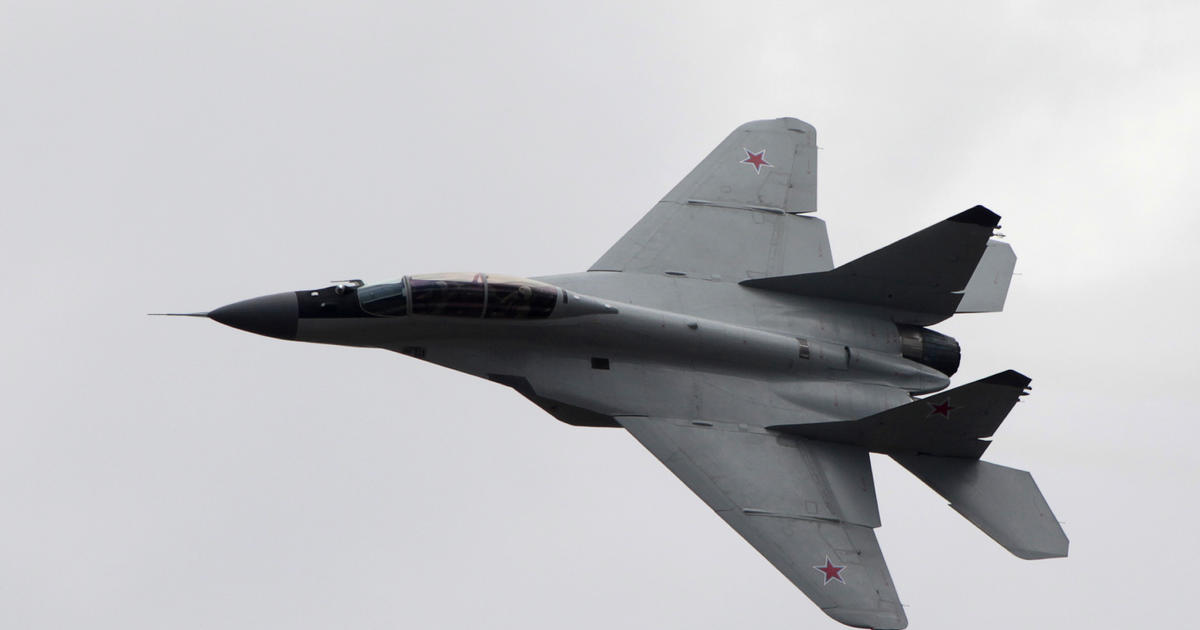 The war for control of Ukraine will be waged in the air, Ukrainian President Volodymyr Zelensky told US lawmakers Saturday, and therefore, he implored them to give him plans to keep Russia at bay. The US is urging Poland and other Eastern European countries to give their Russian-made fighter jets to Ukraine and is working on a plan to backfill the planes they give up with USF-16s.

One advantage of the Russian planes is that Ukrainian pilots are already trained to fly them.

The other reason is that these planes can be deployed far more quickly. One US official said the administration has told Poland it should make Russian-made MiGs in its arsenal available because these plans would not require US permission to be transferred. Conversely, any effort to send newly manufactured planes to Ukraine could be hampered by several years’ worth of paperwork with defense contractors. Further, the transfer of American-made F-16 fighter jets from NATO allies would require congressional notification. Because Ukrainian pilots are not trained on American planes, the fighter jets would not be immediately helpful to them, even if they were able to obtain them sooner.

Poland has 21 single-seat MiG-29s and 6 twin-seat MiG-29s, according to Janes World Air Forces.

Although Secretary of State Antony Blinken says the US would give the go-ahead to the transfer of the planes to Ukraine and is already talking with Poland about backfilling its aircraft inventory, Poland has not yet decided to move ahead with the transfers. In a tweet over the weekend, the chancellery of the Polish prime minister called a story stating that Poland would give Ukraine MiG-29s in exchange for US-made F-16s was “fake news.”

And whether Poland would turn over its entire inventory of these planes – or even whether they’re all in working condition – isn’t clear yet, either.

White House press secretary Jen Psaki said Monday that while the US is working with Poland and other NATO allies on this issue, “this is Poland’s sovereign decision to make.”

She noted the logistical challenges of physically transferring the planes from Poland to Ukraine. “Are they going to fly? Where will they depart from? Where will they land? Those are all very important questions here,” Psaki said during the daily White House press briefing.

Psaki also said that there are complicated logistics for backfilling plans for European allies that send jets to Ukraine, “because procuring new plans and transferring serious weapons systems often take years to do from the United States.”

Mark Cancian, a retired Marine Colonel and senior advisor at the Center for Strategic and International Studies, discussed the source of Poland’s hesitation with CBS News.

“That’s not a logistical issue. That’s a political issue. It’s a political issue in the sense that, if you have a Polish aircraft and you put a Ukrainian pilot in there, and that pilot then flies the aircraft into Ukraine to fight the Russians, the Russians can plausibly argue that Poland has now become a co-belligerent, since it’s launching aircraft from its soil into Ukraine, “Cancian said. “So the Poles are very, very nervous about that and want to be very careful that this does not make them vulnerable to Russian counter-actions.”

Ultimately, Cancian believes that Poland will agree to a deal “for two reasons. One is that there’s so much desire to help the Ukrainians. And the second thing is, if Poland can get rid of old Soviet aircraft and get new American F-16s “That’s a good deal. They want to do that. Between those two, I think they’ll figure something out.”

Cancian noted one criticism about this plan is that these aircraft are vulnerable. “They may not end up making as much difference as we hope. If we fly them into Ukraine and the Russians take them out the next day with long-range missiles, what have we accomplished?” But he noted that “at this point, there’s also an element of symbolism to it. There is a real capability there, but there’s also an element of symbolism.”

After Zelensky spoke with Congress, Senators Rob Portman and Jeanne Shaheen sent a letter to President Biden urging him to send American-made aircraft to European allies who supply Ukraine with Soviet-era planes. They identified Poland, Bulgaria and Slovakia as countries having discussions with the USabout transferring part of their inventory to the Ukrainian Air Force.

The Biden administration has asked that $ 10 billion in additional support for Ukraine be included in a broad government funding package expected to pass in Congress this week.

In a letter on Monday to lawmakers obtained by CBS News, Ukrainian Ambassador to the US Oksana Markarova laid out Ukraine’s requests for legislation, which included taking appropriate steps to provide Ukraine with aircraft and defense systems.

A US official said Monday that the airspace over Ukraine remains contested, and the Pentagon assesses that the Ukrainians still have a majority of their fixed wing aircraft available.

The Ukrainians have stalled the Russians in their advances on key population centers, but as the days go on, the Russians have struck targets with no regard for civilian infrastructure.