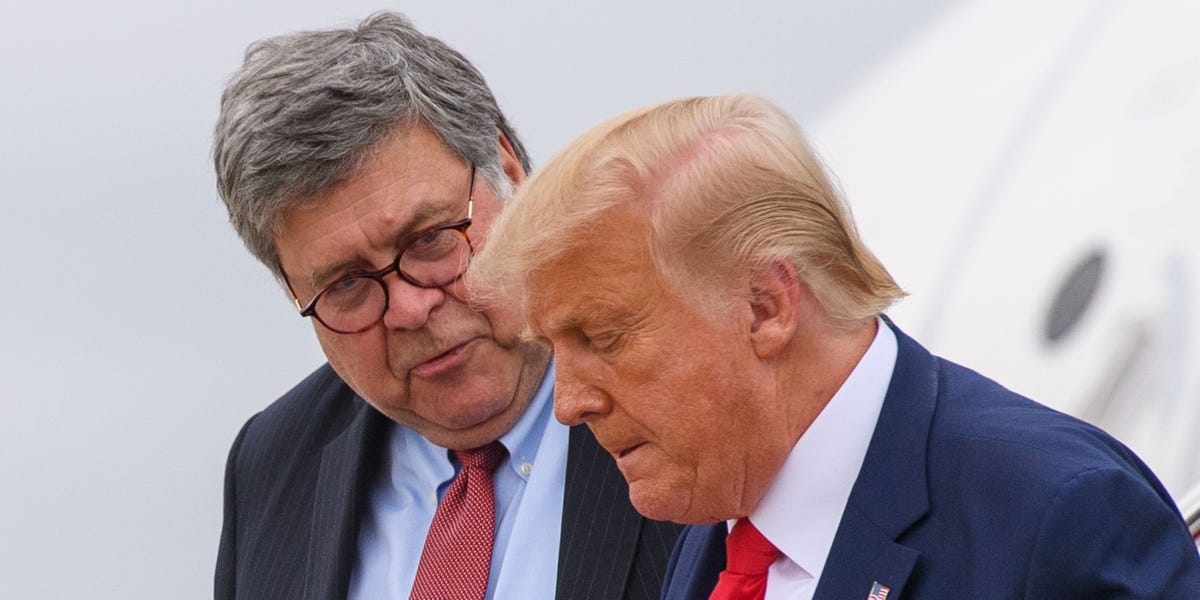 Former President Donald Trump again slammed former Attorney General Bill Barr, calling him a “Bushie” and deriding his “energy” and “competence,” as the pair continue to save publicly ahead of the release of Barr’s new book documenting his experience under two US presidents.

“Bill Barr said, and just reiterated, that the Trump campaign was ‘spied on,’ but did nothing about it. He then said, ‘mail-in ballots are prone to fraud,’ and then did nothing to catch the fraudsters,” Trump wrote in a statement released Monday evening.

“He was so afraid of being impeached, he went to the other side – and they left him alone,” the statement continued.
“Barr was a ‘Bushie’ who never had the energy or competence to do the job that he was put in place to do.”

Trump blasted Barr last week in a three-page letter responding to the latter’s upcoming book – “One Damn Thing After Another: Memoirs of an Attorney General” – calling him “slow” and a “disappointment” while insulting his job performance as AG.

“I would imagine that if the book is anything like him, it will be long, slow, and very boring,” Trump wrote in his letter.

In return, Barr said on Monday that the letter was “childish.”

“It’s par for the course. The president is a man who, when he told something he does not want to hear, he immediately throws a tantrum and attacks the person personally,” Barr said on NBC’s Today.

It appears that Trump’s ire comes in part from Barr’s comments aired on Monday.

Barr told Fox News host Bret Baier that he believed Trump’s 2016 campaign was spied on by Democrats – an unproven claim pushed by the former president based on a legal filing by special counsel John Durham. But he said that while a report may surface on the issue, he did not know if it would result in indictments.

The former attorney general in September 2020 had also backed Trump’s claim that mail-in ballots were vulnerable to fraud, but on Monday told Baier there was no evidence of widespread voter fraud in the 2020 election.

“I instructed the U.S. attorneys to pursue any specific and credible allegations of substantial fraud that could have affected the outcome in a state or in the election. And they did,” Barr said.

“It was a little bit like playing whack-a-mole because one day it was this, and then when that was blown up the next day, it was something else,” he continued. “And we just found all of them had no merit at all. And still, they’re being repeated today.”