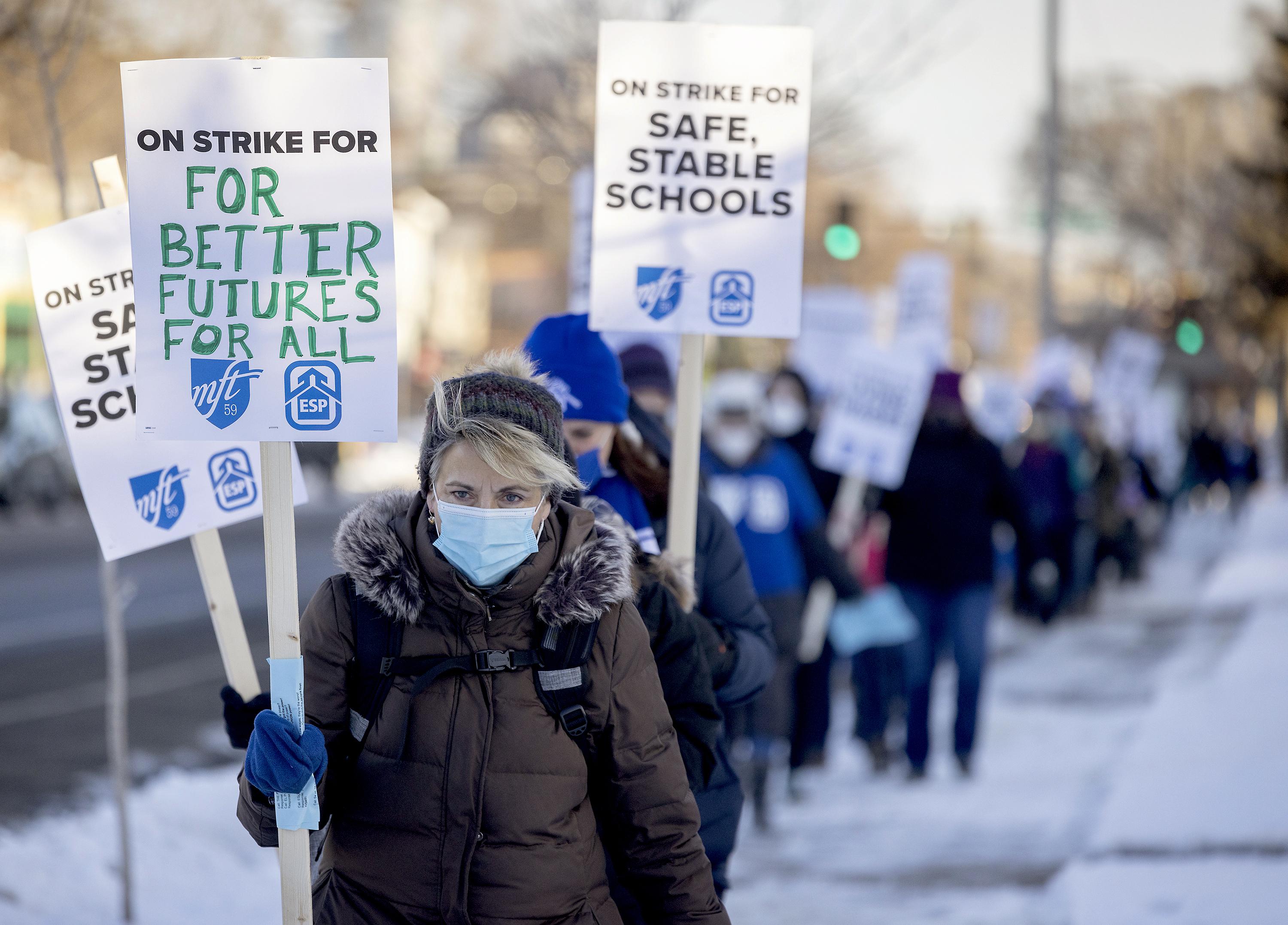 MINNEAPOLIS (AP) – Minneapolis public school teachers hit the picket lines on Tuesday, saying they are fighting to ensure the “safe and stable schools our students deserve” and for better wages for the lowest-paid support professionals.

For many families of the 29,000 students in one of Minnesota’s largest school districts, an extended walkout by the nearly 3,300 teachers could mean a return to the struggles of balancing work and child care that they have faced throughout the coronavirus pandemic.

Molly Dengler, co-president of the parent-teacher association at a Spanish immersion elementary school in downtown Minneapolis, said the PTA is using WhatsApp to inform parents, connect them with child care and help them organize learning groups.

They’re all hoping for a short strike, said Dengler, who has a first-grade son.

“We all have real jobs,” she said. For many families, “maybe today they could call out of work, but it’s not sustainable to keep calling out of work.”

No talks were scheduled.

Union leaders said district officials would not compromise on wages, especially a “living wage” for education support professionals, as well as caps on class sizes and more mental health services for students.

The average annual salary for Minneapolis teachers is more than $ 71,000. The union says that puts them among the lower-paid districts in the Minneapolis-St. Paul area. A main union demand is a starting salary of $ 35,000 for education support professionals, compared to the current $ 24,000, which union officials say is essential to hire and retain people of color.

Randi Weingarten, president of the American Federation of Teachers, said students and parents across the county have relied on school nurses, support staff and educators to create “as normal a situation as possible” during the COVID-19 pandemic.

“How do you attract Black and brown teachers if you do not pay a living wage?” Weingarten said.

Minneapolis administrators have cited a $ 26 million budget shortfall for next year that they say would be $ 97 million without one-time federal funding. The district says it lost 3,000 students during the pandemic, leading to reduced state aid.

According to the Association of Metropolitan School Districts, Twin Cities-area districts face a combined shortfall of more than $ 230 million for the 2022-23 school year. It cited the costs of special education and English learner programs, and the failure of state funding to keep pace with inflation.

In the St. Paul district, with about 34,000 students, teachers and administrators reached a tentative agreement late Monday to avert a strike. The teachers union said the agreement would raise pay, maintain caps on class sizes and increase mental health supports.

The Minneapolis district advised parents to arrange child care, and said bagged breakfasts and lunches would be available for pickup at schools.

Suzanna and Bryan Altman plan to sign up their third-grade daughter, Annette, for a day camp that offers classes and activities in science and technology. The Altmans, who both work in technology, made it through remote school days of Annette’s first- and second-grade years because they worked from home and set up a mini pod with another family. They consider themselves lucky to have “a lot of resources available to us,” including willing grandmothers.

Mark Spurlin, who has 6-year-old twins in kindergarten at the same Sapnish immersion school as Dengler, said it could be a challenge to get through an indefinite strike. Day care would cost him and his wife, Megan, about $ 50 to $ 60 a day per boy.

“I could take a leave of absence, which would be unpaid, to stay home with the boys, but that would be difficult to do,” said Spurlin, a teacher at a suburban high school who was home with COVID-19 when the strike began.

Spurlin, who is Black, said his first teaching job was with the Minneapolis district but that he was laid off a few years ago amid budget cuts. He said the district needs to figure out how to keep teachers of color while dealing with current seniority rules that disproportionately affect them.

“Minneapolis has a problem. And Minneapolis Public Schools has an issue. And if there needs to be a strike to deal with them, I totally understand, ”Spurlin said. “But we’re also just a small family unit that just – we want to support, we’re there – but we also have to do a lot of things to make it work.”

This story has been updated to correct the last name of the president of the teachers’ chapter of the Minneapolis Federation of Teachers to Callahan, instead of Cunningham, and to note that the union’s news conference was held outside a middle school, not an elementary school . 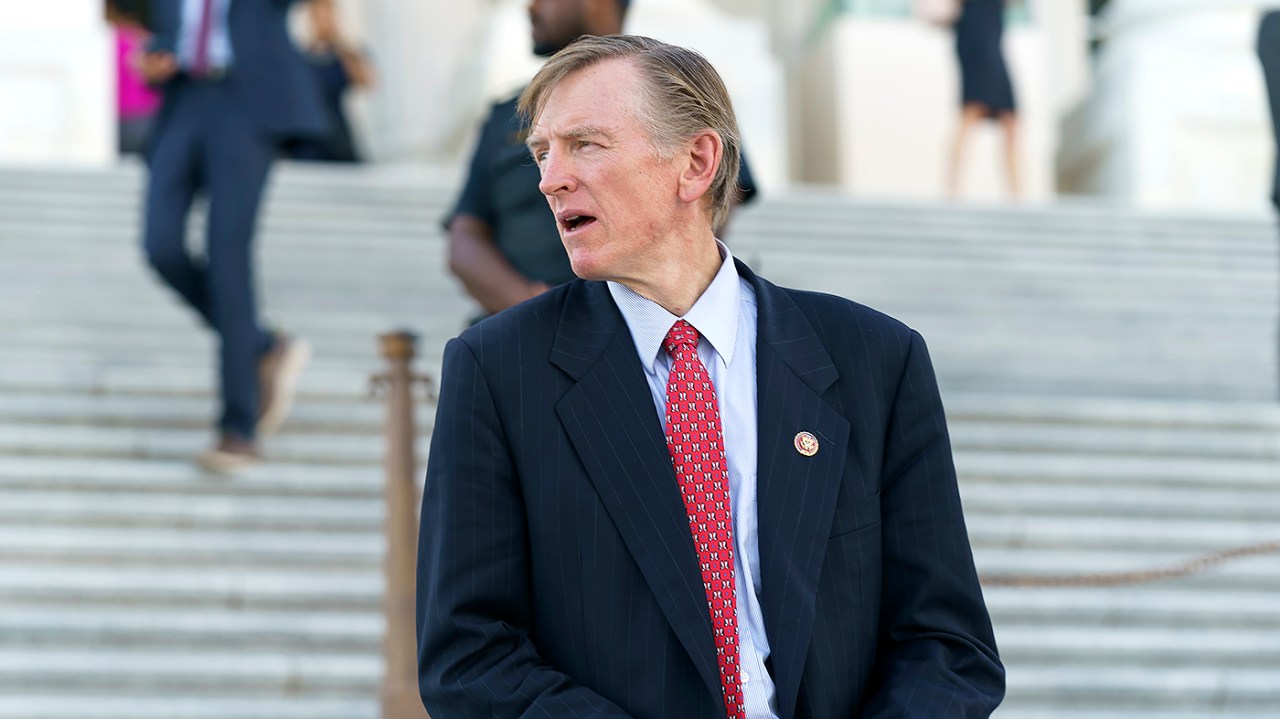 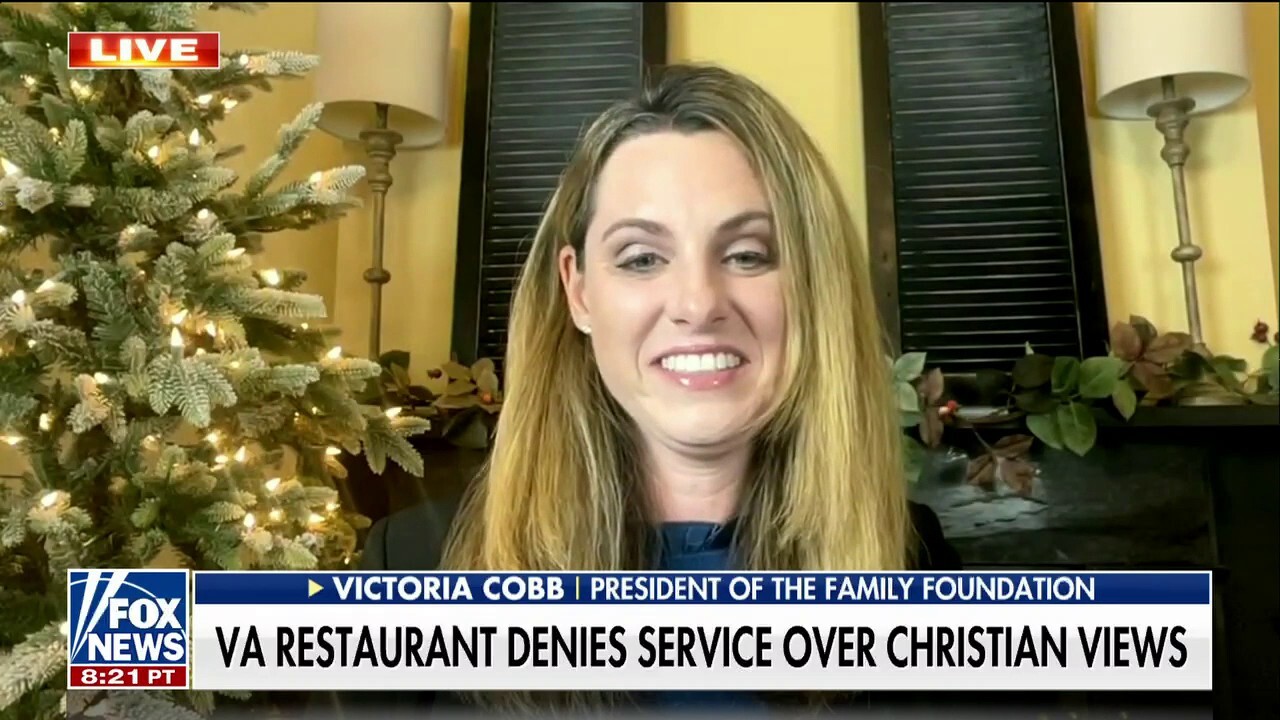