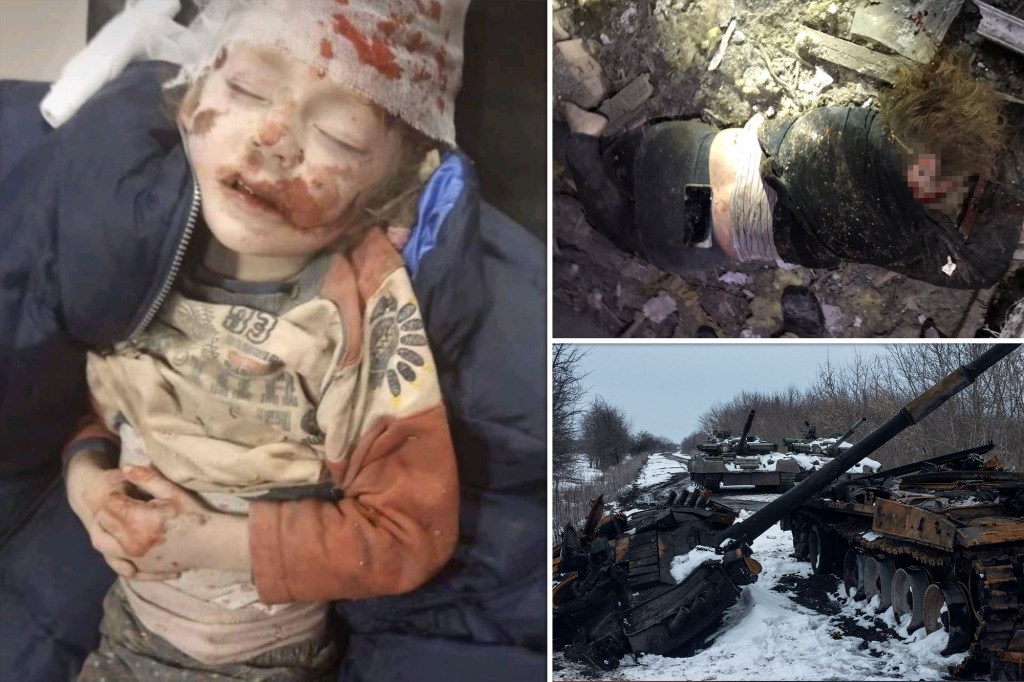 Harrowing images show blood-soaked children injured in a Russian airstrike that killed 18 people – including two kids – in an apartment building Tuesday, according to Ukraine’s government.

The distressing images were shared as Ukraine also accused invading forces of violating the ceasefire and attacking an evacuation route – as more than 2 million people have already fled the war-torn nation by Tuesday.

One image showed a tiny child caked in blood and dust, with bloodied bandages wrapped around the head. Other images appeared to show some of the 18 killed in the attack in Sumy, the first major city that was starting to be evacuated Tuesday

“Rescuers are still removing the debris, but 18 civilian deaths have already been confirmed, including two children,” the government wrote, sharing emojis of a candle and prayer symbol.

On Telegram, the government said that another city in the region, Okhtyrka, was also attacked.

The latest bloodshed in Sumy came as Ukrainians boarded buses to flee the besieged eastern city Tuesday, the first evacuation from a Ukrainian city through a humanitarian corridor agreed upon with Russia after several failed attempts to get residents to safety in recent days.

Residents were also leaving the town of Irpin, a frontline Kyiv suburb where women and children were killed in a brutal bombing on Sunday.

However, the foreign ministry on Tuesday accused Russian forces of still striking on one of the agreed-upon safe havens.

The attacks came as “8 trucks + 30 buses” were ready to deliver humanitarian aid to Mariupol and to evac civilians to Zaporizhzhia.

“Pressure on Russia MUST step up to make it uphold its commitments,” the ministry tweeted.

The evacuations came amid an unprecedented refugee crisis, with the fastest exodus Europe has seen since World War II, according to the United Nations.

The Russian onslaught – now well into its second week – has trapped people inside cities that are running low on food, water and medicine.

While Russian troops have made significant advances in some areas, Ukrainian soldiers and volunteers have so far fortified the capital, Kyiv, with hundreds of checkpoints and barricades designed to thwart a takeover.

A steady rain of shells and rockets fell on other population centers, including the Kyiv suburb of Bucha, where the mayor reported heavy artillery fire.

“We can not even gather up the bodies because the shelling from heavy weapons does not stop day or night,” Mayor Anatol Fedoruk said. “Dogs are pulling apart the bodies on the city streets. It’s a nightmare. ”

Russian forces also continued their offensive in Mykolaiv, opening fire on the Black Sea shipbuilding center of a half-million people, according to Ukraine’s military. Rescuers said they were putting out fires caused by rocket attacks in residential areas.

Ukrainian defense forces were also involved in operations in the northern city of Chernihiv, the general staff said.

However, Ukrainian officials have repeatedly insisted that Russian troops are demoralized at their lack of success despite their clear advantage.

Still, he vowed that even if Russian forces “come into all our cities,” they will be met with an insurgency. 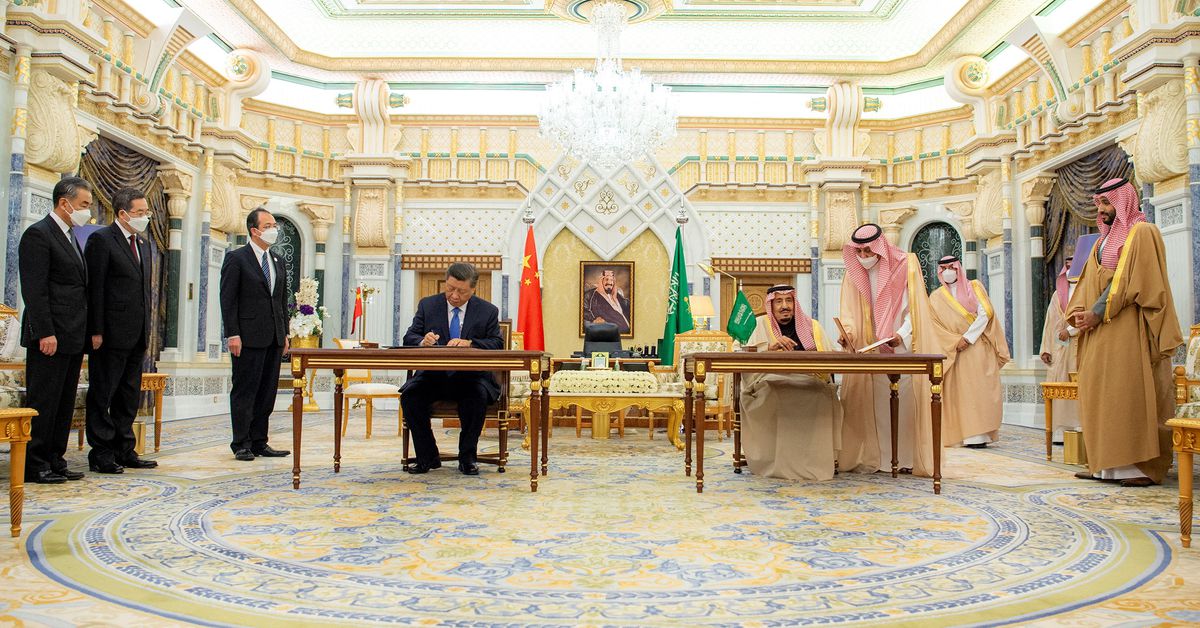 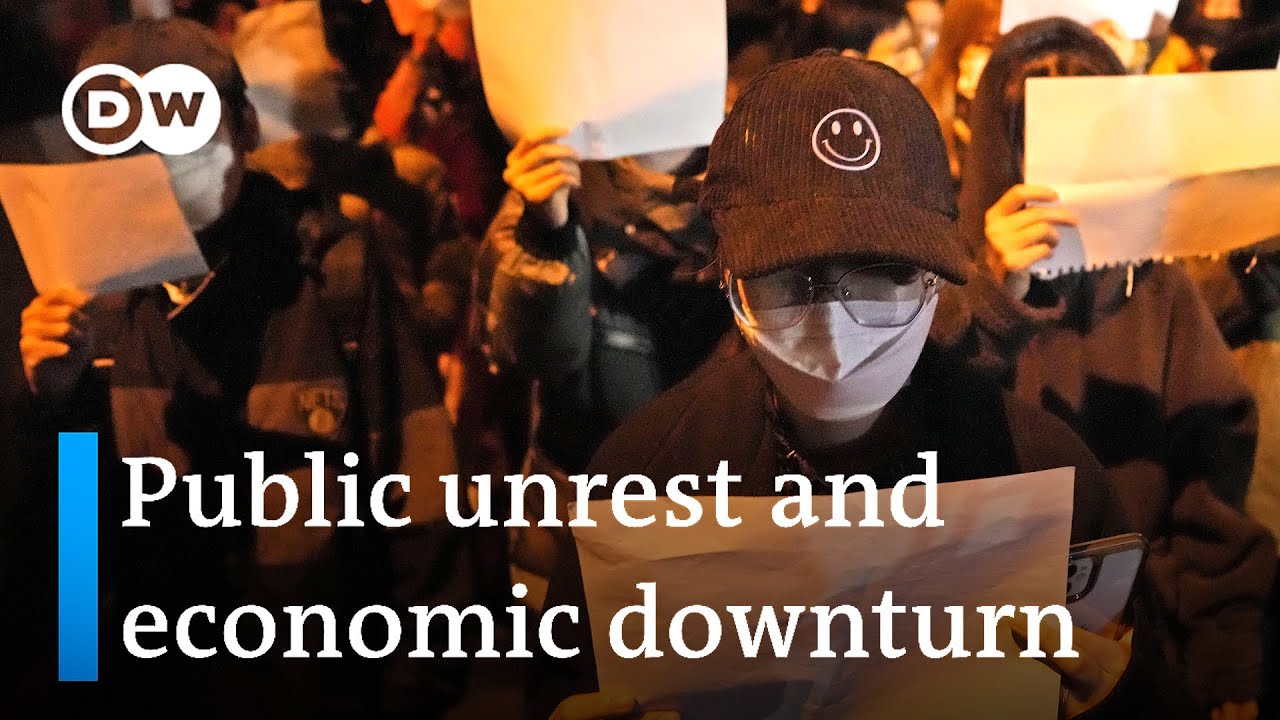 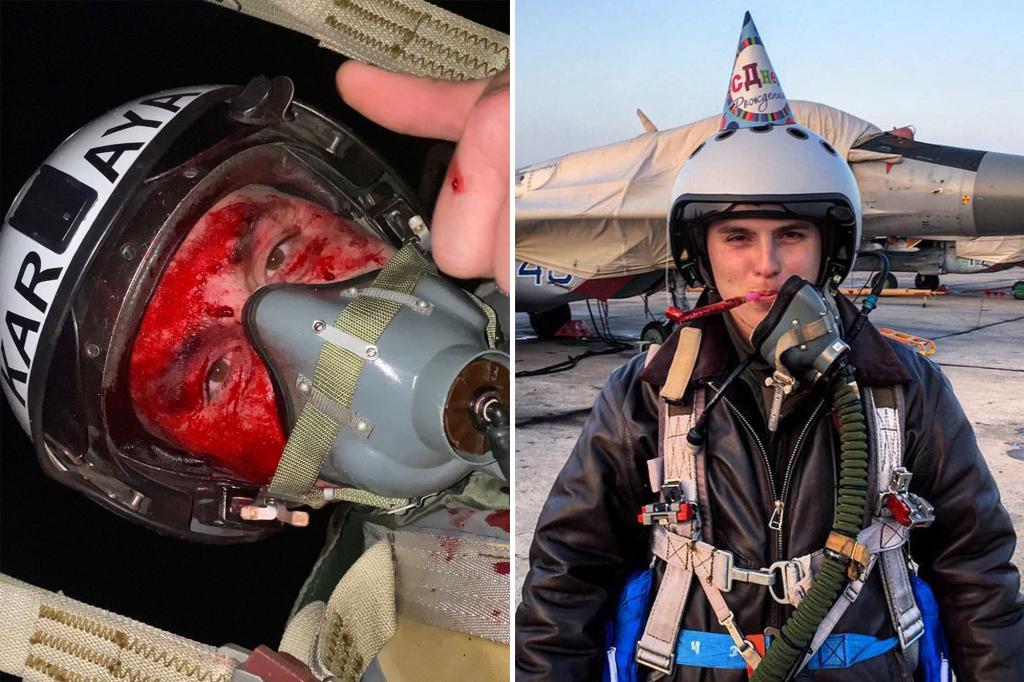