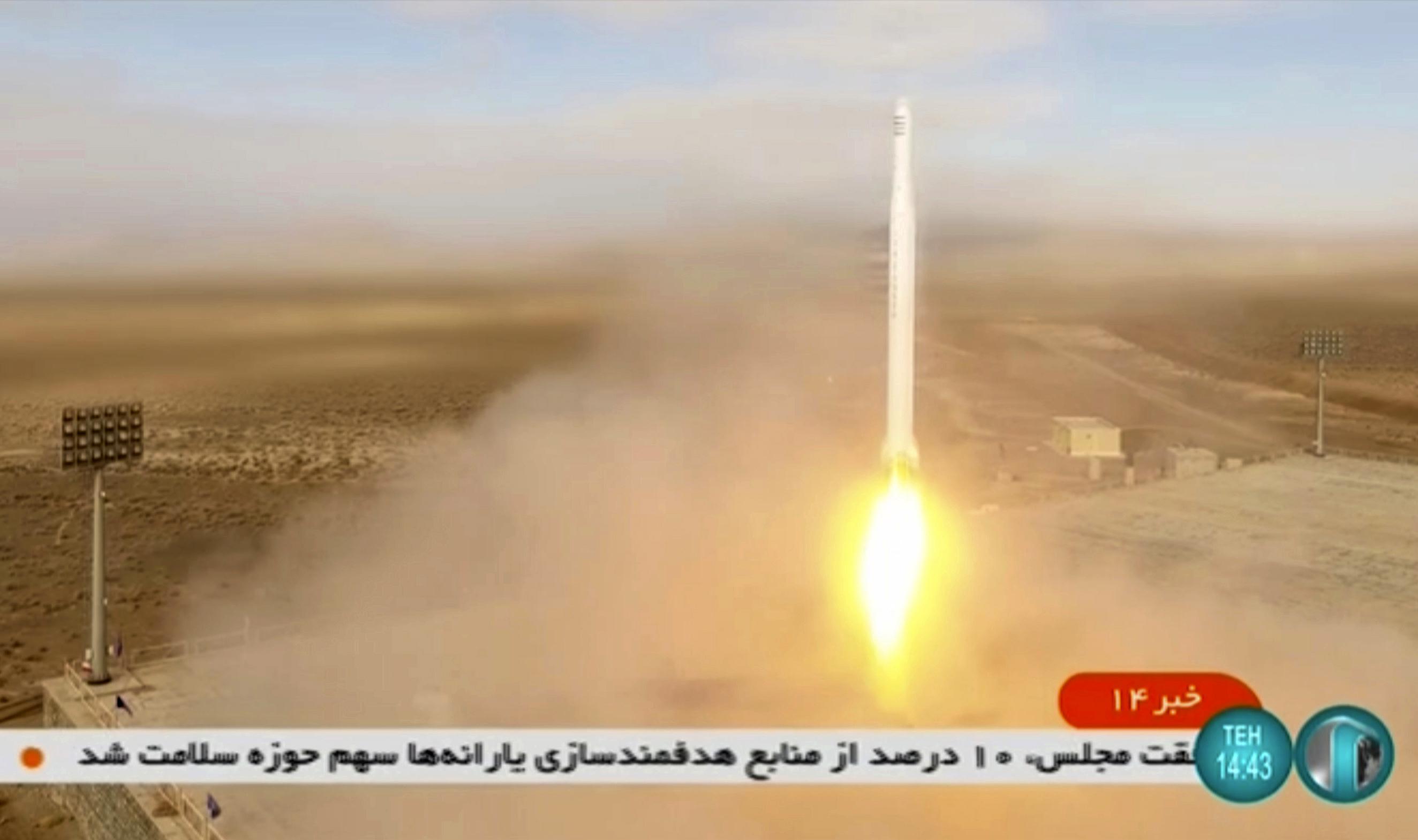 Iranian state television said the launch took place in the northeastern Shahroud Desert without specifying when. Meanwhile, Iran’s top diplomat at the monthslong talks suddenly flew home late Monday for consultations, a sign of the growing pressure on Tehran as the negotiations appear to be nearing their end.

The Guard said the Noor-2 satellite reached a low orbit of 500 kilometers (310 miles) above Earth’s surface on the Qased satellite carrier, the state-run IRNA news agency reported. It described the Qased, or “Messenger” in Farsi, as a three-phase, mixed-fuel satellite carrier.

“It is a great achievement that we can put our eyes in the sky again and look at the Earth from space,” said Guard Gen. Hossein Salami, according to IRNA.

Footage aired on state television showed the rocket taking off from a truck-based launcher on a concrete pad in the desert. Features of the site shown in the footage, analyzed by The Associated Press and compared to regional satellite photos, correspond to a launch site nearly 40 kilometers (25 miles) southeast of the city of Shahroud in Iran’s rural Semnan province.

Authorities already had started receiving signals from the satellite as it circles the Earth every 90 minutes, IRNA quoted Iranian Information and Communications Technology Minister Isa Zarepour as saying.

US officials did not immediately respond to a request for comment and an American-maintained catalog of space objects did not note a new Iranian launch this month. The launch comes days after satellite pictures suggested Iran’s civilian program suffered another failed launch.

Noor means “light” in Farsi. The Guard launched its first Noor satellite in 2020, revealing to the world that it runs its own space program.

The head of the US Space Command later dismissed that satellite as “a tumbling webcam in space” that would not provide Iran vital intelligence – though it showed Tehran’s ability to successfully get into orbit after a series of setbacks.

The United States has alleged that Iran’s satellite launches defy a UN Security Council resolution and has called on Tehran to undertake no activity related to ballistic missiles capable of delivering nuclear weapons. The US intelligence community’s 2022 threat assessment, published Tuesday, claims such a satellite launch vehicle “shortens the timeline” to an intercontinental ballistic missile for Iran as it uses “similar technologies.”

Iran, which has long said it does not seek nuclear weapons, previously maintained that its satellite launches and rocket tests do not have a military component. US intelligence agencies and the International Atomic Energy Agency say Iran abandoned an organized military nuclear program in 2003.

“We continue to assess that Iran is not currently undertaking the key nuclear weapons development activities that we judge would be necessary to produce a nuclear device,” the 2022 US intelligence threat assessment said..

Meanwhile, IRNA described negotiator Ali Bagheri Kani’s trip home as being “within the framework of the usual consultations during the talks.” However, the top negotiator for the European Union seemed to suggest whether the talks succeeded or failed now rested with the Islamic Republic.

“There are no longer ‘expert level talks.’ Nor ‘formal meetings,’ ”Enrique Mora wrote on Twitter, responding to comments by an Iranian analyst. “It is time, in the next few days, for political decisions to end the (hashtag) ViennaTalks. The rest is noise. ”

Mora’s comments mirror those of British and French negotiators at the Vienna talks, which have been seeking a way to get America back into the agreement it unilaterally abandoned in 2018 under then-President Donald Trump. The talks also hope to get Iran to again agree to measures that drastically scaled back its nuclear program in exchange for the lifting of economic sanctions.

They also appear to push back against a constant Iranian refrain in the last weeks of talks that tried to blame any delay on America, which has not been in the room for the discussions since Trump’s withdrawal. US Secretary of State Antony Blinken on Sunday said he believed “we’re close” on reaching a deal, though there were “a couple of very challenging remaining issues.”

The latest wrinkle, however, is a demand Saturday from Russian Foreign Minister Sergey Lavrov that Blinken offer written guarantees over Moscow’s ability to continue trade with Iran as it faces sanctions over its war on Ukraine.

Iranian Foreign Minister Hossein Amirabdollahian spoke Monday by phone with Lavrov, with the sanctions threat apparently discussed, according to a statement from his office.

“We are against war and imposition of sanctions, and it is clear that cooperation between the Islamic Republic of Iran and any country, including Russia, should not be affected by the atmosphere of sanctions,” Amirabdollahian said in the statement.

Hard-line President Ebrahim Raisi, a protege of Supreme Leader Ayatollah Ali Khamenei, apparently responded Tuesday to concern over Iran leaning too far toward Russia and China amid the standoff over the nuclear deal.

“Some accuse us of looking one-dimensionally to the East and say that today, as in the past, the government is looking to the East,” Raisi said, according to the presidency’s website. “This is not true and the government seeks to develop relations with all countries and create a balance in the country’s foreign policy.”

The 2015 nuclear deal saw Iran put advanced centrifuges into storage under the watch of the International Atomic Energy Agency, while keeping its enrichment at 3.67% purity and its stockpile at only 300 kilograms (661 pounds) of uranium.

As of Feb. 19, the IAEA says Iran’s stockpile of all enriched uranium was nearly 3200 kilograms (7,055 pounds). Some have been enriched up to 60% purity – a short technical step from weapons-grade levels of 90%. 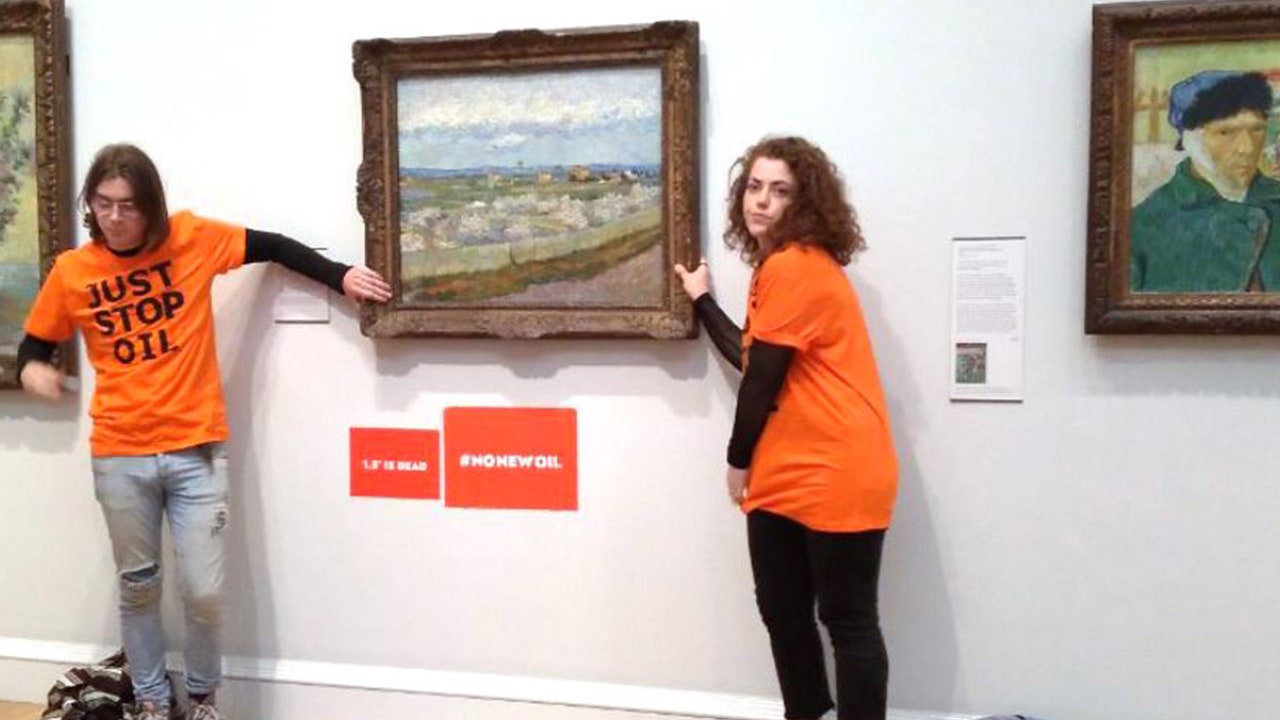 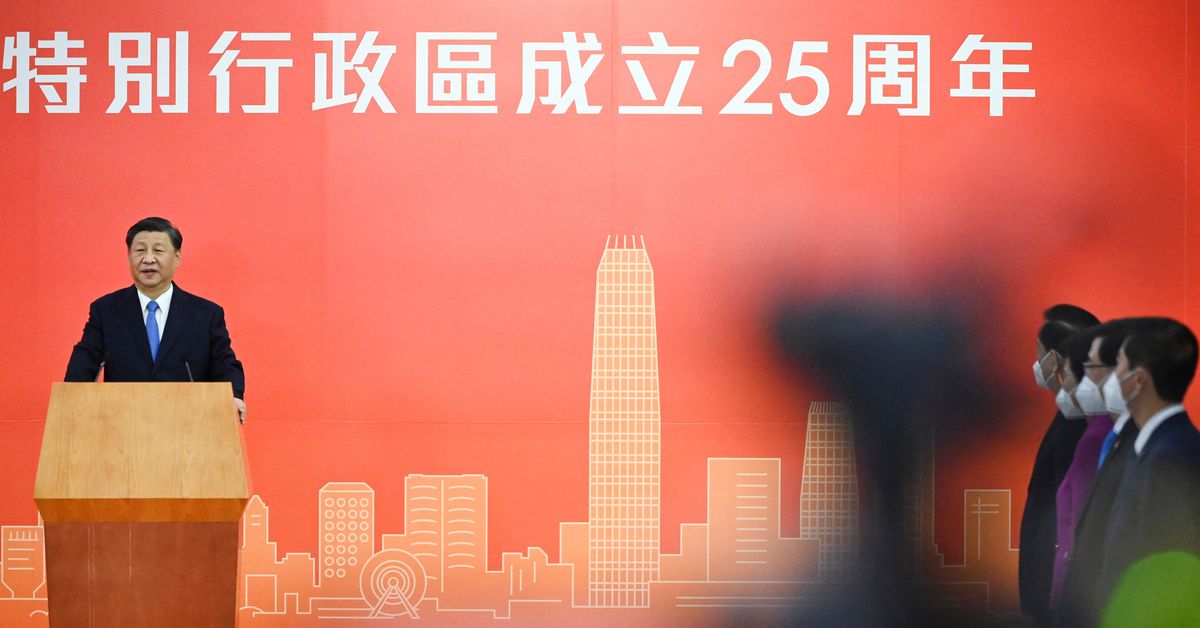