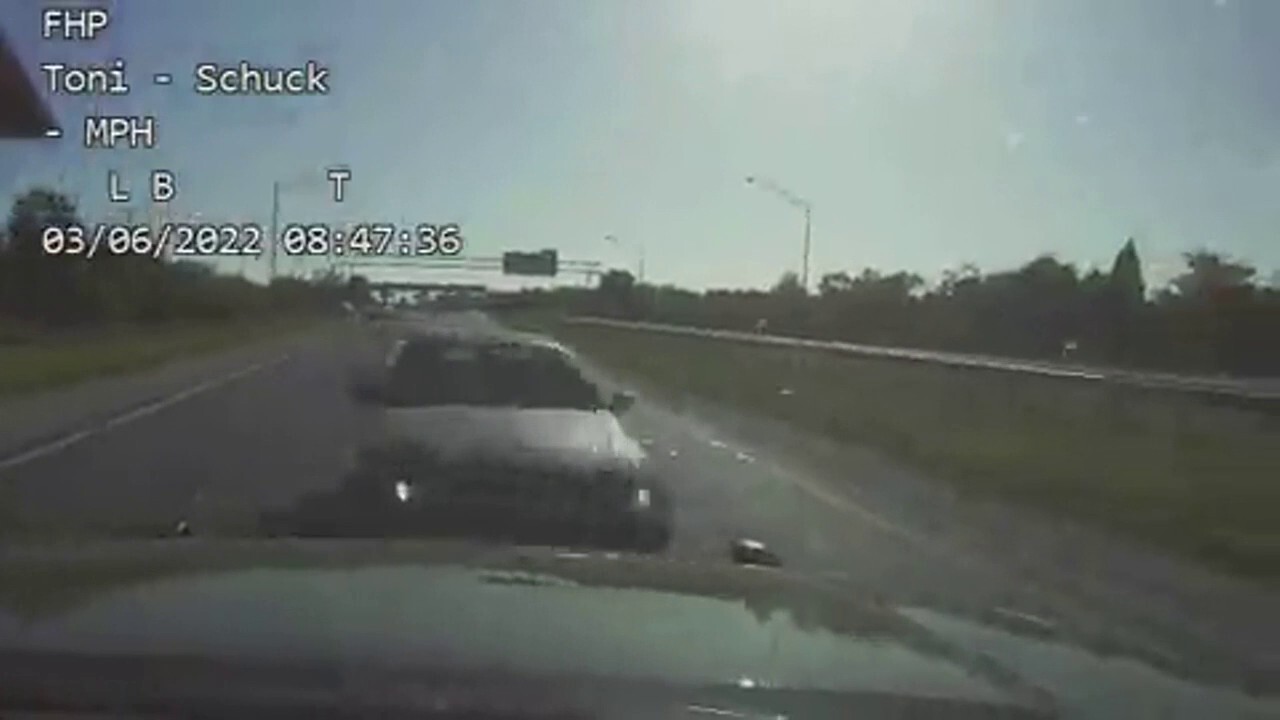 A “hero” Florida trooper drove her patrol car directly into a speeding drunk driver who was barreling toward a 10K route where thousands of runners were participating on Sunday, authorities said.

The Florida Highway Patrol released dashcam video showing the moment Master Trooper Toni Schuck, 47, put herself into harm’s way on I-275 in the Tampa Bay area.

The drunken driver shown in the video was speeding towards the Sunshine Skyway Bridge, where thousands of runners were participating in the Skyway 10K to raise money for military families.

“This driver had blown past several checkpoints, going around traffic cones, going around other officers and had engaged in high speeds,” aid Trooper Ken Watson on Monday afternoon, FOX13 Tampa reported.

Schuck is seen turning her patrol vehicle directly into the path of the drunk driver and then the two vehicles crash head-on.

“Thank you for your bravery and self-sacrifice, Trooper Schuck,” the FHP said. “We wish you a speedy recovery.”

Both Schuck and the drunk driver, identified as 52-year-old Kristen Kay Watts suffered serious injuries, FOX13 Tampa reported. Schuck, has served in law enforcement for 26 years, was recovering at home with her family on Tuesday.

She was home recovering from a head wound and concussion.

She was wheeled into the jail on Monday afternoon.

She told a judge she is unemployed and is living off money from a lawsuit, the news outlet reported. As she faced multiple charges, including DUI, she laughed.

“Would you have any trouble coming to court?” asked the public defender.

“Considering I do not have a car. I’ll have to fix that, I guess,” she replied.